Shot for a tiny budget, with a challenging format, and a style reminiscent of Fassbinder; Sachs is an American shooting in a European fashion. 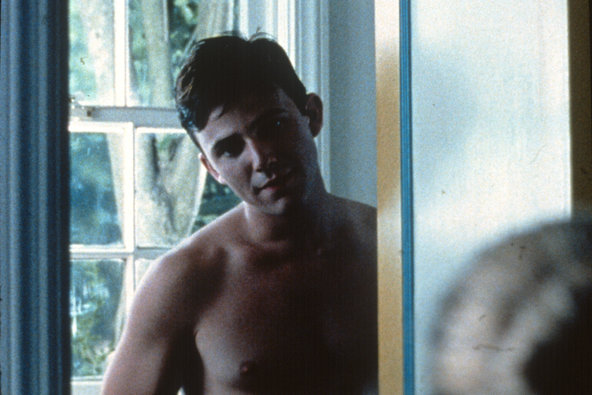 “The Delta,” a film by Ira Sachs, is the essence of independent film. Shot for a tiny budget, with a challenging format, and a style reminiscent of Fassbinder; Sachs is an American shooting in a European fashion.

indieWIRE: Tell us about the film.

Ira Sachs: The film is called “The Delta” and it’s the story of a white teenage boy who is struggling to find himself. He has a girlfriend but he has encounters with men and he meets a Vietnamese guy and they have a brief romantic liaison which turns out badly but leads a trip down the Mississippi river. It really is a film about identity, sexual identity as well as the racial differences between the characters and the class differences, which is central to the ultimate (climax) of the film.

iW: What was your inspiration for the film?

Sachs: I wrote the film in New York where I was living, but I grew up in Memphis. It was inspired by my memories and my thoughts and my knowledge of the city. I moved back down to Memphis and basically lived there for six or seven months just meeting people, and we were casting non-actors to get a true authentic feeling of the city.

iW: How did you find your actors?

Sachs: I met Thang Chan at a pool hall and I ended up writing (parts of) the film based on meeting him. Which is what happens — I’ll take things that come to me and add them to the script. For example, I had written a part for a Vietnamese gay man and I met Thang Chan who was not only Vietnamese but also half black, his father was a GI in the war and he had just come from Saigon, so that was added to the film. The other part we originally cast a twenty-one-year-old guy from Mississippi, so we were ready to go, we brought down a crew from New York, and one day he disappeared. The pressure of starring in a film (had) overwhelmed him. Basically we had to start over.

iW: I heard that you had other problems before you could started.

Sachs: Someone had heard about the project and decided that we were child pornographers. One morning in St. Louis, the last morning we were there, we woke up to go about our days business, and drove two blocks, and we pulled up in front of a store, and suddenly we were surrounded by three unmarked police cars. They got out of their cars and said, “Mr. Sachs, would you please stand up with your hands behind your back?” I was like, “These people know my name!” It turns out they were staking us out for twelve hours, because someone had given them a tip that we were child pornographers. When we cleared it up, they were incredibly embarrassed, they were like “Why are we even here? We should go out and deal with our kidnapping case.” And then they said, “Good luck and we hope your film gets into Sundance.” They were hip guys.

iW: After all that did you lose a lot of time?

Sachs: We lost about six weeks. We had not started shooting. I remember the tension was so high that I remember thinking that “I’m drowning. I’m not going to make it through this.”

iW: Do you consider yourself an independent filmmaker?

This Article is related to: Film and tagged Interviews, Ira Sachs