Continuing its theatrical run, Kyle Henry‘s “Room” will open at New York’s Pioneer Theater in the East Village this Wednesday. Nominated for two Independent Spirit Awards this year, Henry’s first fiction feature debuted at Sundance last year and later had its international premiere at the Cannes Film Festival. The distinctive drama, the story of an over-worked woman from Texas who — haunted by psychic visions, that drive her to extreme acts — embarks upon a journey to the streets of New York City, stars actress Cyndi Williams in the lead role.

Kyle Henry recently responded to indieWIRE’s email questionnaire, his answers to our questions are published below.

Please tell us about yourself (age, what you studied etc.)…

I’m 36 from a family with five children. My father is a former Marine Corps drill instructor and my mother was an art grad from Kent State, so you can say I was born into a family of opposites who are all very opinionated people. I studied History and Art History at Rice University, then film at UT-Austin, before spending a few years in NYC pre-9/11. I’ve done it all: McDonald’s cook, taxi-driver (I was terrible!), film projectionist, publicist, and since grad school, mostly film editing (“Manito,” “Troop 1500,” “Letters From the Other Side“). Although I’m able to take breaks from editing to make my own films, haven’t quit the day job, and in fact, every project I edit keeps my hand in the creative game of filmmaking. 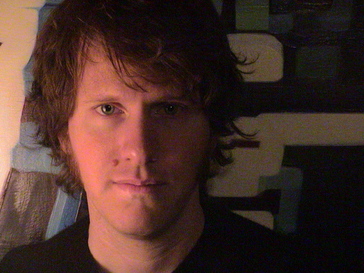 What were the circumstances that lead you to become a filmmaker, and what other creative outlets do you explore?

In the second grade, I wanted to be Jimmy Carter. In junior high, I wanted to be an astronaut and hung out a lot at the Johnson Space Center. In high school, I thought I was going to be a biologist and got into Rice on a botany track! At the same time, I loved learning about social movements that made a positive change and switched my major to History within the first week of studying the American civil rights movement mostly. During all this, I was obsessively watching films, though not from the technical standpoint of a wannabe. I was more interested in what each filmmaker could teach me through their art about love, death, existence, et al. I also used to play clarinet and (I’m going to admit something shamefully geeky) taught myself how to play the recorder so I could play Bach‘s Brandenburg Concertos. Looking back on all this sublimation, it probably surprises no one when I tell them that I’m gay. I got involved with theater in Houston for a while and started writing plays that were produced, then finally connected the dots, and figured I could marry all my interests as a film director, and went to grad school.

Tell us about film school…

Yeah, I went to film school, but as a grad student at the University of Texas-Austin. It was a good program, but I’m really thankful to have spent the time exploring the world and my own depths in undergrad before launching into the monomania of a film directing career. I can’t think of a worse possible course than to only study film as an undergrad. To have anything useful to say about the human condition and the universe, you need to have a bottomless interest in life, and if you aren’t connected to that through real experiences, than what are you going to draw from? The despair and disconnection evident in so much American indie fare could well be the result of the detachment inflicted on us by the insane working conditions of the industry. An undergrad film production degree imposes those conditions too early. Film is only a pale reflection of life, and too often those of us who are enchanted by this illusion take it for the real thing itself.

Where did the initial idea for your film come from?

The varieties of religious experience, from transcendental meditation to prayer, hypnosis and beyond, have always fascinated me. I probably have the TV show “In Search Of” to blame and remember seeing a Yuri Geller bend forks at Kent State with my sister in 1976, but also had bizarre experiences growing up with parents who at one point shopped around for a church and we were all forced to be fundamentalist Southern Baptists for a year or two. Often, my ideas come from absences and a sense of outrage or anger. With “Room,” I wanted to see a real American woman (since we rarely see women like “Room”‘s star Cyndi Williams in our films) confronting a personal religious experience that leads her on a mythic journey. That was the core of it, but the journey from Texas to New York allowed me to comment, on and place in, experiences I have had in both places. And [my] outrage at how the political and social landscape was (and is!) being altered in post-9/11 America by manipulative media forces fueled another level of creation.

Life, as lived by myself and other people I come into contact with on a daily basis, at this point, is my major creative influence. I was fortunate to make two long format docs at UT: “American Cowboy,” about gay rodeo champ Gene Mikulenka; and “University Inc.,” about the corporatization of higher education. Both thrust me into completely different worlds, where many of my myopic pre-conceptions (about activism, the university, the world of rodeo and rural America, etc.) were shattered. Thank God! Working at a rep cinema for four years, where I saw probably 300 films a year, also gave me many cinematic mothers and fathers, so I won’t bother listing all, but some obvious ones – Kubrick, Altman, Snow, Tarkovsky, Akerman, Roeg, Herzog, Russell, Maysles. The mind fuckers, the heart breakers. Right now, other art forms are more influential because I get excited by the act of translation, how to make another form equivalent through moving images. For “Room” – the music of Steve Reich and Terry Reilly, the photography of Nan Goldin, and the novels of Don DeLillo. Although Aldous Huxley, Carl Jung, Leonard Cohen, David Bowie, and Austin experimental theater were all in pretty heavy head space rotation.

What were some of the biggest challenges you faced in either developing the project or making and securing distribution for the movie, and how did you finance the film?

I’ve been really blessed! There were a lot of people who gave their creative all to this film, which really greased the wheels and added harmonic resonance well beyond what I could have ever done alone. From The 7th Floor to C-Hundred Film Corp, to the initial grants from The Austin Film Society, to individual investors, to my boyfriend Carlos, who did all the Texas casting and lived with a lot of insanity for two years. But if you’re going make some film like “Room,” money is the killer. That’s why I still have credit card debt, because when the well ran dry, Mr. Visa, MasterCard, and American Express came to the rescue. We were smart, we prioritized performance over film fetishism, we maxed out the DVX-100 look, we had teams of interns calling for food donations in Texas for months. And, amazingly, the gamble paid off, we got a full house with Sundance, Cannes, DVD and cable distribution. But with all the kudos, we’re still bringing this to a theater near you by ourselves. Such are the vagaries and ironies of the wacky world of film.

What is your definition of “independent film” and how do you define success as a filmmaker?

Success, for me, means having an audience that actively engages with my work, that takes something with them into their lives outside the theater, in the same way I have been moved by other filmmaker’s work. That’s when I know something has resonated, and for me that occurs frequently with documentaries and many foreign films, but rarely with either Hollywood or American indie films. As a nation, we seem to be culturally stuck in a really bad groove of lying to ourselves (Iraq, non-stop commercialization, fundamentalist religion, reality TV, etc.) and I hope a majority of us break free from its grip soon. There are uniquely American cinematic dreamscapes that have haunted and informed my waking life, like Altman’s “Nashville” or Kubrick’s “The Shining” or Cassavettes‘ “A Woman Under the Influence,” films that open up windows on the world, its terrible history of violence, but also the hopeful potential of human connection.

What are your personal goals as a filmmaker?

My goal is to continue to explore the potential of this medium and my own potential through it. I hope each work transforms me in the process of making it, so that my own life is deeper and richer for the experience of having made it, leaving me with more to share instead of a burned out shell. And ya know, it would be great to meet my basic financial needs by directing. Is it too much to ask for health insurance?