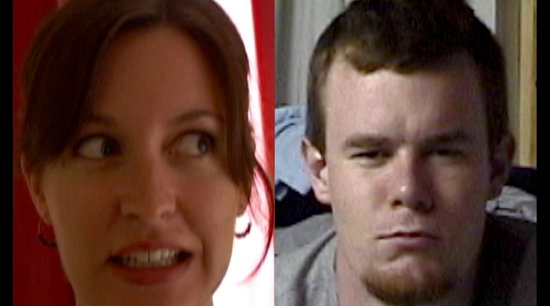 Director Joe Swanberg is taking on the sometimes herculean task of self-distributing his latest film, “LOL.” The film chronicles three men who view the women in their lives through a computer screen. According to the “LOL” website, the feature “intimately explores masculinity in the new millenium, a time when young men are trying to decipher the mixed messages of modern relationships and technology.” Enthusiasts will recall Swanberg’s previous project, “Kissing On The Mouth,” which screened at the SXSW Film Festival as well as Montreal and Chicago fests in 2005. “LOL” debuted at this year’s SXSW and screened at the Philadelphia Film Festival, Independent Film Festival Boston and most recently at the Chicago Underground Film Festival. The film opened Wednesday in New York at the Pioneer Theatre where it’s currently scheduled to play through the beginning of September. In his discussion with indieWIRE, Swanberg discusses his early basketball dreams, living on an island in the Pacific and his desire to see himself and his friends mature through the films he makes. He is also currently working on his latest project, “Hannah Takes The Stairs.”

What are some of the basics about yourself and your background?

I’m 24 years old and I live and work in Chicago, IL. I was born in Detroit and moved around a lot growing up, even spending two years on an island in the Pacific Ocean called Kwajalein. I went to film school at Southern Illinois University and I worked for the Chicago International Film Festival after graduation. These days I do freelance web design to supplement the little bit of money I make from my film work.

How did you get into filmmaking?

I got very into films/filmmaking when I was a freshman in high school. Up until that point, I really wanted to play basketball, but I didn’t make the freshman team and I decided that a life in sports wasn’t in the cards. Soon after that I saw “Raising Arizona” and knew that I wanted to make movies. I haven’t had a second thought about it since then. It’s what I love to do and will continue to do for the rest of my life, one way or another.

The year after graduation from SIU, I started working on “Kissing On The Mouth” with Kris Williams, Kate Winterich, and Kevin Pittman. The film was like a second film school, and I learned a great deal making it. The four of us were the entire cast and crew and it was a great experience. Even five projects later I’m still working in the same style that we developed with KOTM.

How did the idea for “LOL” come about?

The idea for “LOL” came about during the summer of 2005, when I knew I wanted to make a film about relationships and technology but had no idea what it might be. My friend, Chris Wells, was home from school for the summer, and we started brainstorming some ideas. At first we wanted to do the film as a DVD of random scenes that would play in a different order each time, but as we started to shoot, we realized a narrative was emerging that we wanted to follow.

Kevin Bewersdorf was living in Berlin at the time, but he had to be back in the States for his sister’s wedding, so he stuck around for an extra few months to be in the film. His character rounded out the cast and he also produced all of the music and the crazy “Noisehead” videos that pop up throughout the film. By the time Kevin arrived, Chris had already left Chicago, so the three of us were never together during the shooting.

What were some of the biggest challenges you faced with the project?

The entire film was improvised, including the overall narrative. We started shooting it without knowing where it would go or how it would end. I was editing the film as we went and slowly piecing together the overall structure. It was really exciting to work without a safety net in this way and we had to constantly shift and adjust the story as things changed.

And how did you finance “LOL”?

I financed the film myself, as I did with my first film, because it was easier to make the film for next to nothing and have total creative control than it would have been to try and explain it to an investor. I was the Producer/Director/Editor/DP/Writer/Actor, etc, so I didn’t have to pay myself for any of those jobs, and I was lucky to have really talented friends who were willing to work for free.

What are some of your creative influences?

The biggest influences on “LOL” were comedians like Larry David and Ricky Gervais, who make an art out of uncomfortable moments. “LOL” ended being a bit more serious than their work, but we wanted to make sure the comic elements were there.

How do you define “independent film”?

I don’t have a definition for “independent film” because there are so many levels that people are working at. With “Kissing On The Mouth” and “LOL,” I was certainly working independently of any outside influences that might affect the content or style of the film. I had total creative control, and felt independent every step of the way. With my most recent feature, “Hannah Takes The Stairs,” I worked with a second producer for the first time, and I worked with actors like Mark Duplass, Andrew Bujalski, and Kent Osborne, who are already established in the film industry. I still felt independent to make the decisions I needed to make, but there were new concerns this time because the film is much bigger than anything I have done before. By every definition, it’s still an “independent film,” but I looked to others for support and guidance in a way that I never had before.

What are some of your “all-time” favorite and recent favorite films?

Some of my all-time favorite films are: “Raising Arizona,” “Breaking the Waves,” “Dogville,” “The World According to Garp,” “Stop Making Sense,” “True Stories,” “Jackass: The Movie,” “Nashville,” “Jesus’ Son,” “You Can Count on Me,” “The Endless Summer,” and “Local Hero.”

Some of my recent favorites are: “The Puffy Chair,” “Mutual Appreciation,” “Dance Party USA,” “We Go Way Back,” “Dear Pillow,” “A Family Finds Entertainment,” and “Trona.”

What are some of your interests outside of film?

My biggest interest outside of film is the Internet. That’s where I spend most of my time.

What are your personal goals as a filmmaker?

My goal as a filmmaker is to make as many good films as possible in my lifetime. If I had it my way, I would make three features a year and several shorts. It’s not that I want to rush through them, but I’m very scatterbrained and I work best when I’m able to intensely focus on something for a short amount of time and then move on to a new project right away.

As I grow up, I want to continue exploring stories of people my own age. I think it would be great to watch my films in chronological order and feel like you’re getting older as they go along. The people around me that I care about are facing new challenges and situations all the time, such as getting married, having children, going back to grad school or deciding between the poor life of an artist or a more stable financial situation. I want to document all of these things, and continue to do so as they change.