Director Mary Jordan‘s doc biopic “Jack Smith and the Destruction of Atlantis” centers on underground filmmaker, photographer, actor, performance artist, Lower East Side fixture, homosexual, and anticapitalist Jack Smith who was a central figure of New York underground culture from the 1960s until his death in 1989. This portrait of Jack Smith is replete with an assemblage of photographs, film clips, and audio recordings of Smith’s own voice, while resurrecting the seminal importance of Smith to the entire development of the 1960s New York underground scene. The film received an Honorable Mention at the 2006 Tribeca Film Festival and is currently playing at New York’s Film Forum.

What attracted you to filmmaking, and how has that interest evolved during your career?

I think that filmmaking, at its best, is anthropology. I travel a lot, and I always have a camera. You get better at it the more you see, so evolution is linked with experience. For me, there’s always something eternal in the theater of everyday life, and that’s useful to understanding the present.

Are there other aspects of filmmaking that you would still like to explore?

I would like to make a Bollywood epic. I have a strong interest in music and would love to do music for a film other than my own.

Once upon a time or in a faraway land where the streets were made of marshmallows….. I was living in a commune in San Francisco. A bearded old sage led me to the wishing tree and I caught a glimpse of the glitter. “More beauty please” I said as I moved to NY to make a film on the exotic consultant Jack Smith!

Please elaborate a bit on your approach to making the film, including your influences as well as your overall goals for the project.

My influences are too numerous to mention. I’m influenced by everything. In fact, you’re influencing me right now. My goal for this film was to educate motivate, demonstrate, protest, reveal and rebel.

What were some of the biggest challenges you faced in developing the project? 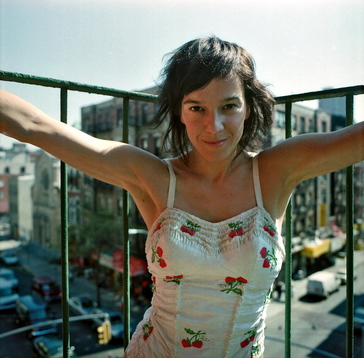 A scene from Mary Jordan’s “Jack Smith and the Destruction of Atlantis.” Photo by Jack Smith, courtesy of Film Forum.

Fundraising is a nightmare. It’s so hard to ask for money, and people can take advantage of the power structure and be real assholes. The division between rich and poor is so wide, and we all know that only a tiny percentage of the world is running the show. Most of the big money guys don’t care about art, and they like to donate to huge charities that will put their name on a board and invite them to a fancy gala. There’s a lot of waste, and a lot of great projects die without funding. I feel very fortunate that this film got made.

Who are some of the creative influences that have had the biggest impact on you?

What is your definition of “independent film?”

I used to have a more rebellious idea about indie cinema. Now I just call it films under 2 mill. The real independent cinema lives almost exclusively on the internet now.

What are your interests outside of film?

What general advice would you impart to emerging filmmakers?

Work from home. Technology has afforded real freedoms. When I met George Lucas last year he told me that Video-on-Demand would open the channels for website distribution to filmmakers, so owning your materials can provide future opportunities.

Standing up to a film critic who threatened to ruin my career. I’m still here.

This Article is related to: Features and tagged Documentary, Interviews