Programming world premieres at a large festival that runs post-Sundance cannot be easy. I am constantly impressed, however, by the skills of programmers at SXSW and Tribeca for finding good films that have yet to play on the festival circuit. But it is particularly hard for the Los Angeles Film Festival, which takes place last in that circuit of four. That being said, programmers Rachel Rosen and Doug Jones have done an admirable job this year coming up with brand new documentaries and narratives.

World premieres in the documentary competition featured three films about ‘competition’ itself and, without a doubt, two of them, Helen Hood Sheer‘s “JUMP!” and Daniel H. Forer‘s “Second Chance Season,” were the weakest of the group. “JUMP!,” a convoluted, one note study of competitive jump roping has slick editing and camera work, but no heart. The film never really allows its audience to get to know the characters or their lives, but presents them in a series of competitions in montage form, diluting their athletic performances. “Season” suffers from the opposite problem, employing shoddy filmmaking techniques while trying to hide behind the heavy heart of its main character who attempts to resuscitate his academic and athletic career while coping with losing his brother to gang violence.

The third competition-themed doc, Greg Whiteley‘s “Resolved,” ascends where the other two remain flat. Though sometimes too wordy, Whiteley’s examination of the world of high school competitive debate offers more than a simple story of kids excelling. At the center of “Resolved” are two students, Richard Funches and Louis Blackwell, who are out to overhaul the structure of the contest, exposing inherent prejudices in the traditions that have krept in over time. Though the teens never quite resolve the problem, identifiying those weaknesses is half the battle, and their struggles inject life into Whiteley’s doc thematically, giving viewers much more to consider than simply who will ultimately triumph.

Taking on religion, LAFF, which premiered last year’s hard hitting “Deliver Us From Evil” (Amy Berg), which examined the crisis of pedophilia in the Catholic Church, upped the ante with the more religious material in its 2007 edition. Ondi Timoner‘s unfocused portrait of a pseudo-Christian cult leader in “Join Us,” is nevertheless engaging, despite structural problems. It’s also, at times, a heavy fill for the average viewer, as it sheds a sympathetic light on its monstrous subject. The film’s merit, however, is grossly overshadowed by Oren Jacoby‘s comprehensive and well-crafted history of Christian anti-Semitism, “Constantine’s Sword.” The film dares to ask the right questions, places its findings into broader contexts–namely with the U.S. military–and manages to blend in Jacoby’s personal voice, making it the best world premiere at this Los Angeles Film Festival. “Sword” is in competition with Jennifer Venditti‘s coming-of-age film, “Billy the Kid,” the best documentary in this year’s line up.

Meanwhile, narratives like Rodger Grossman‘s “What We Do Is Secret” and Scott Prendergast‘s “Kabluey” attempt to mix different tones and styles. “Secret,” the history of the unruly L.A. punk band, The Germs, is framed as a faux-documentary, including intimate interviews with the main characters narrating the standard dramatic sequences. Newcomer Prendergast, meanwhile, writes, directs and stars in “Kabuley,” a goofy comedy about a man who takes a job as a suit-wearing company mascot to try to hold his fragile family together in the wake of his brother’s deployment to Iraq. 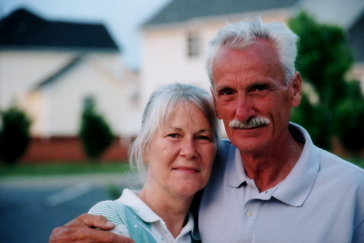 Pastor Melz and his wife Deborah in Ondi Timoner’s “Join Us.” Photo by Vasco Nunes.

Both films exist in a bizarre space between hyper-reality and ultra-reality. Despite some decent performances (particularly by Bijou Philips), the improvised style of “Secret”‘s interviews mix awkwardly with the campy direction of the film’s staged scenes, leaving it choppy and uneven. “Kabluey,” easily the more successful of the two, blends serious issues into the silly comedy that pervades throughout its running time and, though it doesn’t always quite hit both notes simultaneously, each tone works to its own positive effect–rendering it the best world premiere narrative in competition by leaps and bounds, with the exception of one fantastically daring piece of work that stands out above all.

Tony Stone‘s “Severed Ways: The Norse Discovery of America,” is a cheaply produced, full speed ahead Viking epic complete with full Nordic ballads and plenty of headbanging. At times echoing the best of early Herzog, Stone’s film is mostly an original venture, and one that needs to be seen to be believe (the defecation scene alone has had the entire festival talking for days), but the widescreen impact of the film is one that simply cannot be ignored. The beautiful imagery achieved through sheer craftsmanship when paired with the uniqueness of its conception makes “Severed Ways” a visionary work from one of the most promising new American narrative filmmakers in recent years.

That’s not to say that the others here don’t make a valiant effort. Ilya Chaiken, in particular, in her film “Liberty Kid” which contains noteworthy performances and packs a decent emotional punch. The film revolves around two Statue of Liberty workers who lose their jobs post 9/11 and must contend with rebuilding their lives. Where “Kabluey” tries to find humor in the current political climate, “Liberty Kid” explores its sometimes grave impact on everyday people.

Quickly looking at other titles, Chris Eska‘s beautifully muted, but unfortunately empty “August Evening,” Jesse Manafort‘s vapid “The Beautiful Ordinary” and Andrews Jenkins‘ commercial “How To Rob a Bank” are presented with a certain directorial conviction that is undeniable, despite some cardboard performances and scripting problems.

Speaking of which, what would this festival be without some big gala premieres… This year, LAFF not only included Michael Bay‘s “Transformers,” a rip-roaring special effects romp that gives animators and FX artists much more of a chance to shine than the wasted talent of Shia LeBouf, who stars in the film. In contrast, the premiere of Kasi Lemmons‘ “Talk To Me,” a biopic about the career of famous ’60s DJ Ralph Waldo “Petey” Green Jr, include fantastic performances, by both Don Cheadle, as Green, and Taraji Henson.