DISPATCH FROM BRAZIL | Golden Bear Upset: A Look at the Controversy Behind "Tropa de Elite"

Shocking critics and industry insiders in a move that no one saw coming, the 58th Berlin International Film Festival awarded its top prize, the Golden Bear, to the Brazilian film “Elite Squad” (Tropa de Elite). The award was a remarkable coup for the film that made its international premiere with subtitle problems and that Variety had written off as “a one-note celebration of violence-for-good that plays like a recruitment film for fascist thugs.” Yet, earlier this month the Berlin jury headed by Costa-Gavras, a renowned political filmmaker, defiantly gave the award in what they said was a unanimous decision. While it may seem like it came from nowhere, “Elite Squad”‘s Golden Bear is far from the first time this provocative film has pushed buttons, nor will it be the last.

“Elite Squad” is director Jose Padilha‘s debut fiction film, though it is not the first time he has tackled the subject of violence in Rio de Janeiro; his tragic documentary “Bus 174” turned heads on the festival circuit in 2002. The same angry energy that drove “Bus 174” is at full force in “Elite Squad”, but the story is told through the eyes of fictional character Nascimento, captain of a group of highly-trained special police called “BOPE.” The screenplay is the result of a collaborative effort with former BOPE officer Rodrigo Pimentel, and Padilha claims that all the events in the film — including many scenes in which the police resort to torture — are based on extensive research.

What bothers “Elite Squad”‘s critics is the perceived glorification of Nascimento’s kill-first, ask-later approach to crimefighting. Nascimento (played by Wagner Moura) and the first-person narration he provides are extreme, but “Elite Squad” is a police vs. drug lords thriller where the lesser of two evils is definitely a matter of interpretation. Supporters of the film counter that Nascimento is an anti-hero, and that judging the work as “fascist” is too literal and oversimplifying. Add the film’s biting portrayal of a hypocritical middle class, who buy the drugs that fuel the war, and it is obvious why “Elite Squad”‘s thorny politics have provoked controversy. 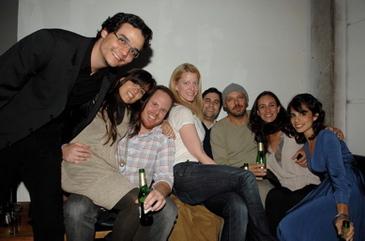 “For some reason, if a Brazilian filmmaker, or a South American filmmaker, Third World filmmaker, makes a movie where the main character is a bad guy, is a cop, and people like him… then it’s a problem,” Padilha said during a recent Berlinale press conference. Comparing Nascimento to a character in Martin Scorcese‘s “Goodfellas“, Padilha defended “Elite Squad” by saying it does not condone its main character’s “stupid ideology.” “[Nascimento] thinks he can control violence using violence. That’s the dramatic premise of the movie.” Summarizing the clash of interests portrayed in his film, Padilha explained that, “in a way, [Elite Squad] is a movie about the incompatibility of different social groups in Brazil.”

“It’s funny how people try to give the film a political color,” Padilha responded when asked about the controversy. “When I did ‘Bus 174’… I showed a very violent hijacker, street kid, and I showed his perspective. I showed that he was mistreated by the state, I showed that he was beaten up in jail, and this was an explanation for his behavior. Everybody said, ‘Mr. Padilha is a radical left-winger! Communist!’ Then I do the same thing with a cop, and I’m now a ‘radical right-winger’… what matters to me is what’s actually going on.”

A cultural phenomenon before it sold a single ticket at the box office, “Elite Squad” debuted in Brazil last year under rather unorthodox circumstances: a pirated copy (rumored to have been stolen by the police, who tried to have the film censored) came out a month before the film opened the Festival do Rio. Millions have seen the movie in theaters, but many more (an estimated 11.5 million people) have seen it on illegal DVDs. The recent criticism that “Elite Squad” received in Berlin only adds to the passionate debate the film has stirred among the Brazilian media. Part of the movie’s popularity among local audiences owes to its blood thirsty “shoot-em-up” language that echoes Hollywood action films. Some see Nascimento as a hero and applaud his brutal tactics, arguing that violence is the only solution to Rio de Janeiro’s problems. Others claim the movie is criticising the harsh reality of torture and corruption in a civil war that everyone knows is happening but never talks about.

For many, the Golden Bear for “Elite Squad” has tarnished the award’s reputation. Film blogs have been abuzz with conspiracy theories, alleging that Harvey Weinstein, who invested in the movie, must have somehow “bought” the award. The Weinstein Company, which is scheduled to release the film this Spring (even though a date has not been set), backed the film as part of a new a Latin American film fund launched last year with Eduardo Costantini Jr. and Harvey Weinstein personally lobbied Berlinale brass to get the film in competition at the festival.

Writing about the festival for indieWIRE, Shane Danielsen criticized the film over its, “genuinely fascist sensibility” and following a run of negative reviews in print media, Spout Blog called “Elite Squad”, “the most hated film at the Berlin Film Festival.” Meanwhile, Conor Foley blogging for The Guardian condescended that “Brazilians should be ashamed at the success of “Tropa de Elite.” Several journalists have played down “Elite Squad”‘s success by claiming that it was a particularly weak year for the festival competition.

While it has made “Elite Squad” an easy target for international backlash, back home in Brazil — where just about everyone has already seen the film — the Golden Bear has brought a new level of credibility. Fernando Meirelles (director of “City of God“) publicly congratulated Padilha for his win, saying ‘Variety’ is now trying to backtrack from its harsh review and that calling the film “fascist” is “silly.” “We’ll be watching this film 40 years from now,” he told a local newspaper. Influential critic Rubens Ewald Filho said the award was “very unexpected,” but that “Elite Squad” is a “good film, of action and controversy.” Minister of Culture Silvio Da-Rin, reflecting on the significance of the Golden Bear for Brazilian cinema, called the victory “glorious.”

Though critics are far from reaching a consensus about “Elite Squad,” it is even more unclear how foreign movie-goers will respond to the film’s in-your-face violence. “There are many things in life you can’t control, and one of them is the reception of your movie,” Padilha said in Berlin, considering “Elite Squad”‘s chances abroad. “And it’s a good thing. In Brazil the movie generated a huge debate… I don’t think that’s going to happen here. I think the cultural background is different, the reality is further away. I think the movie is going to be seen more like a movie, more like a story… but that’s only a guess. I don’t know.” The only certainty is that with Harvey Weinstein’s support and a Golden Bear under its sleeve, “Elite Squad” is guaranteed plenty of attention as it makes its way to international audiences.

[Based in Sao Paulo, Michael Gibbons is filing occasional Dispatches from Brazil for indieWIRE and he is also has a blog, hosted by indieWIRE.]

This Article is related to: Festivals and tagged World Cinema