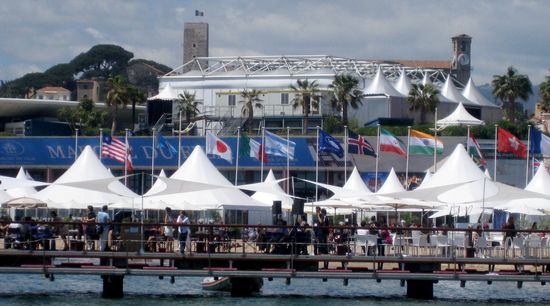 Perhaps it’s appropriate that the documentary “Roman Polanski: Wanted and Desired” received a special screening at this year’s Cannes Film Festival, considering that its firm distribution deal really does seem like something special. During the latest Sundance Film Festival, “Wanted and Desired” became the first purchase after days of trepidation emanating from niche distributors — an indicator of the dispiriting trend among buyers that continued into the Cannes Film Festival, although there was a slight burst of activity as the event comes to a close this weekend. The increasing difficulty to get American distributors interested is all the more evident now, with diagnoses for the problem spanning from broad cultural associations to specific issues popping up in the corners of the independent film landscape. With the dollar weak and alternative distribution venues on the rise, Cannes arrived like an intervention, bringing everyone under the same umbrella to figure out if they can come to terms with the problems at hand. So far, it looks like they’re able, at the very least, to acknowledge them.

“The increasing straight-to-DVD buys of foreigns films is very unhealthy for the [American] marketplace,” said Sony Pictures Classics co-president Tom Bernard earlier this week. “The small companies that made a living finding little gems at the festival are really being hurt by straight to ancillary buys.” The studio division, however, which bought Israeli filmmaker Eran Korlirin‘s art house release “The Band’s Visit” last year in Cannes has little to worry about, considering that they pre-bought Atom Egoyan‘s “Adoration” before the festival and at the end of the week was closing deals for three titles: The Dardenne Brothers‘ “The Silence of Lorna” from the Cannes competition, James Toback‘s documentary “Tyson” and Bent Hamer‘s Un Certain Regard section film, “O’Horten.” The SPC deals would appear to limit the options for niche distributors at Cannes.

Magnolia Pictures, for example, hasn’t made a single major deal, although they did pursue the three-part, “Tokyo!” The inside word is that Barry Levinson‘s “What Just Happened,” which will close Cannes this weekend, is being positioned for an October theatrical release via Magnolia. Pending other possible offers for the 2929 Productions film, the company is planning a release through corporate sibling Magnolia. As for the company’s lack of buying, acquisitions head Tom Quinn blames the environment.

“lt’s important to remember that Cannes is the single most important red carpet premiere in the world,” Quinn said. “Combine that with the highest profile stars and directors, and consequently the industry’s and the audience’s expectations skyrocket into the stratosphere. So what happens here is really no indication — nor does it have any bearing on — how these films live in the marketplace.”

Nevertheless, profitability isn’t the only hindrance at hand, given the distinct issues plaguing various small scale distributors of late. The biggest one, of course, is the downfall of Picturehouse and Warner Independent at the behest of their parent two weeks ago. Reps from both studio arms could be seen around the festival, but ask them where they work and you’ll get an awkward glance. The difficulties are less clearly defined for THINKFilm, which has been suffering ever since news of its financial difficulties started circulating the blogosphere last week, with insiders buzzing about a run of lawsuits against the company. On top of that, production on the company’s star-studded project “Nailed,” which stars Jessica Biel and Jake Gyllenhaal, shut down twice last week due to problematic negotiations with the Screen Actors Guild. As a result, the company’s presence at the festival so far has been reserved, almost timid.

All of which provides a striking contrast to the lively buying strategy of IFC Films, which has churned out announcements of new purchases almost daily since the beginning of the festival. Jokingly labeled by one insider as “the new old Miramax, but nicer,” IFC has certainly led the way in terms of finding much of the promising independent work at Cannes. To date, they’ve announced a slew of deals, ranging in style and content from the blithe artfulness of Josh Safdie‘s “The Pleasure of Being Robbed” to Steve McQueen‘s gripping Maze Prison saga “Hunger,” to Arnaud Desplechin‘s Cannes competition entry “A Christmas Tale.” Other buyers suggest that the frenzy is making everyone else look bad.

“Cannes continues to be an extremely successful market for us and provides us with a significant part of our slate,” noted company acquisitions head Arianna Bocco, who was still screening films at the festival on Saturday. “We have discovered some amazing films in the past and were happy to do so again this year. I’m already excited for next year.” The company is pursuing additional titles as the fest comes to a close.

“IFC is able to run a monopoly on buying product since several of the key buyers are handicapped or shut down,” observed Marcus Hu, co-president of Strand Releasing at the fest’s midpoint. Be that as it may, IFC’s incessant activity remains something of an anomaly.

With a slate of twenty-four films per year and four to six released on its Festival Direct VOD platform, the distributor must fill its cup to the brim, and has been doing so with the obvious choices, avoiding big risks.

Which raises another pertinent issue: While many of the films at Cannes this year contain stars, woo critics, or suggest potential niche audiences, buyers seem to be avoiding anything that’s remotely problematic. The warmly received Israeli animated documentary “Waltz with Bashir” remains unsold as the festival hits its final weekend, partly because of its controversial content. At least one buyer was considering the movie heading into the awards weekend.

“The challenges are mounting and the opportunities seem to be diminishing,” lamented industry veteran Richard Lorber, president of Koch Lorber Films, reflecting on the business. “Discounting the possibility of growth, it’s now all about sustainability.”

Magnolia’s Quinn agreed. “Traveling all the way to Cannes, having to deal with a mass of people, and the rudest, most ridiculously unfriendly ushers, and an exchange rate that’ll send any lobster salad into the 100 dollar range, I expect to be floored by these movies,” he said. “Unfortunately, it’s a mediocre crop with only a couple standouts. However, subtract some of the glam, the hassle, and all of a sudden some of these movies look pretty damn good in my Netflix queue.”

But how many of them will get to the Netflix queue or anywhere else remains to be seen as the festival runs its final lap this weekend. Since several negative circumstances in the independent film industry started to come down hard on its members, many have noted that the ever-present rain — replacing the usual sunny weather — provided a metaphor that’s almost too appropriate. It’s probably more telling to contemplate what to make of the sudden burst of hot sun beating down the day that “Indiana Jones and the Temple of Crystal Skulls” premiered to a media frenzy. The heat was either comforting or painful, depending on your perspective.

[Eugene Hernandez contributed to this article.]