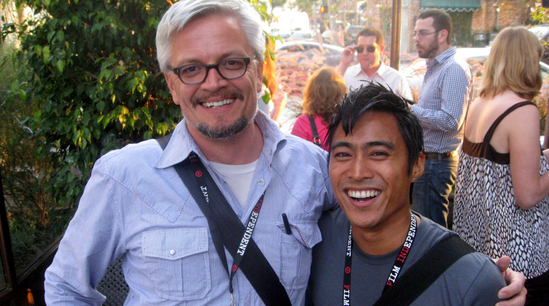 “Everyone feels the need to express themselves and they hope that when they do the world accepts them.” Truer words were never spoken by director PJ Raval whose first feature, “Trinidad” (co-directed by Jay Hodges), premiered in competition at the Los Angeles Film Festival in the past week. In Raval’s case, he was speaking about the subjects of his film, a group of transgender women who undergo sex-change operations in a small Colorado town. But, he might as well have been talking about himself, Hodges and their competition-mates, a strong group of documentary filmmakers with very distinct stories to tell about the world around them. The diverse pool of talent drummed up by programmers Rachel Rosen and Doug Jones has offered plenty of hope for the future of independent documentaries and, ironically enough, the ones that float to the surface favor aptitude with classic filmmaking models over innovation.

The first, of course, is the aforementioned Raval and Hodges film, profiling the lives of three women who have decided to situate themselves in the gender-reassignment capital of the world, Trinidad, CO, in the hopes of pursuing some of the best care, both physically and emotionally, for their operations and voyage into their new lives. Dynamic and heartfelt in their portraits, Raval and Hodges clearly took great care in choosing their subjects and utilize a sweet, yet haunting inquisitive tone that doesn’t let itself get bogged down by the issues and manages to let the characters paint the bigger picture of homophobia in the world around them.

Confronting the bigger issues head-on, but doing it with taste and class is director Sarah Friedland in her film “Thing with No Name,” an in-depth discussion of the AIDS epidemic in South Africa through the lives of two infected Zulu women undergoing drug treatments that are new to the region. Setting itself apart from like docs with its non-preachy, incredibly informative approach, “Thing with No Name” is a carefully paced piece of work that displays Friedland’s skill for storytelling and passion for the importance of the issue. The chilling information about the lack of resources unfolds carefully through bursts of hope and failure and the audience is taken along for the ride. Despite the fact that this is her first feature, Friedland’s film boasts of the intimate restrain of seasoned filmmaker, supporting itself with beautiful cinematography and the power of humanity.

It may never reach the level social or economic importance of some of the other films in the festival, but it’s hard to beat the humanity of Jennifer Grausman and Mark Becker‘s “Pressure Cooker.” This playful doc follows a group of teenage, innercity Philadelphians vying for college scholarships based on a prestigious cooking competition. Headed by a whip cracking, fast talking professor with a penchant for bluntness, this incredibly relateable group of students learn many life lessons in the kitchen as Grausman and Becker crank out a thrill ride that seems like an audience award shoe-in. Despite not being able to break the mold of the standard competition doc, “Pressure Cooker” kneeds to itself to that mold well, with its engaging and ultimately emotional look at the turning point in the lives of these children through the use vice of cooking.

On the more observant side of documentary filmmaking is Darius Marder‘s “Loot“, the surprisingly hilarious story of two WWII veterans who go in search of buried treasure that they hid in an attic during the war, along with the aide of the world’s most serious, yet unprofessional treasure hunter, Lance Larison. The humor and humanity of the film sneaks up on you when you least expect it, as Larison’s deadpan interview delivery has you questioning whether Marder scripted it for comical effect. This, however, works in the films favor, as Marder takes the classic fly-on-the-wall approach and let’s the audience decide the tone for themselves, building out of the reality of the situation. 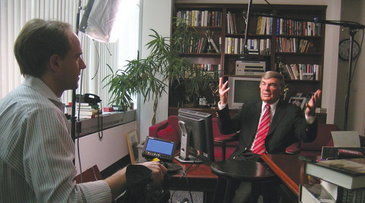 But perhaps the most accomplished is Stefan Forbes‘ “Boogie Man: The Lee Atwater Story.” As timely as it is comprehensive, this study of the dirty political mastermind behind the Ronald Reagan and both Bush campaigns is sure to resonate far and wide with viewers on both sides of the political fence. Forbes may not uncover a ton of new ground about the cutthroat tactics used by this influential member Republican party in the last three presidentials elections, but he certainly manages to consolidate it all into a managable and often hilariously shocking ninty-minutes of screentime that prides itself on personable interviews and a plethora of fantastic found footage. “Boogie Man,” along with the other best selects in the LAFF 08 Documentary competition, remind us why these models of filmmaking really and truly work if you know how to use them well. Don’t ever let anyone tell you they just don’t make them like they used to.

Get the latest from the Los Angeles Film Festival in indieWIRE’s special section.

This Article is related to: Festivals and tagged Documentary, Features, Festival Dispatch