DISPATCH FROM TURKEY | A Question Of Identity In Turkish Film: The 45th Antalya Film Festival and 4t

The Antalya Golden Orange Film Festival has been a prestigious national event, organized in Turkey for 44 consecutive years; supporting the Turkish film industry through its film competition and annual Golden Orange Award ceremony. As one of the longest running festivals in Europe, it has over the course of its history, become a multi-dimensional event of international identity, accommodating The International Eurasia Film Festival and the Eurasia Film Market since 2005.

On the 45th anniversary of this most important cinema summit of the region, the national Antalya Golden Orange Film Festival, and its global gateway, the 4th International Eurasia Film Festival, provided 10 days of exuberance where continents, cultures and dreams had met and reconciled, ending last Sunday night with a splendid awards ceremony.

At the festival where no organizational expense was spared, the industry folk and attendees alike were treated to a feast of works of around 200 films from all around the globe. The program hosted 16 national films made in what has turned out to be an exceptional year for Turkish film. This is especially so, in the light of the recent festival successes of Nuri Bilge Ceylan‘s “3 Monkeys” (winner of Best Direction and this year’s Cannes), Yesim Ustaoglu‘s “Pandoras Box,” which took best film and best actress at San Sebastian, Semih Kaplanoglu‘s “Milk” which competed in the Venice Film Festival and finally Ben Hopkins‘ “The Market- A Tale of Trade,” winner of the best film at the Ghent Film Festival. 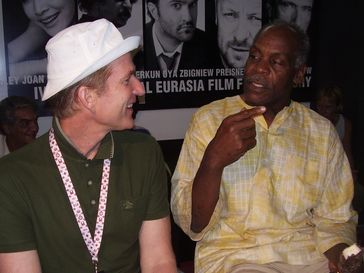 The recent success of Turkish films at international festivals can be speculatively attributed to the apparent interest in many European countries, trying to prepare themselves for Turkey’s entry into the EU. Film has always been a useful tool in cultural awareness, educating those who wish to learn more. Yet the fact remains that this particular year has shown that Turkish film has really cemented itself as producing fine works of art especially within the festival circuit. Moreover, local production has trebled in five years when in 2003 approximately 30 films were being made annually, but by the end of this year it is estimated that nearly 90 films will have been put into production.

This year’s national competition jury controversially awarded the festival’s Golden Orange award for best film to “The Market” by Ben Hopkins. Hopkins, who also won the best screenplay award, had previously shot “37 Uses for a Dead Sheep” in Turkey and had been questioned by many as to whether he should have had his feature programmed into the Eurasia International Film Festival (as with Nuri Bilge Ceylan’s film, “3 Mondeys”) rather than in the national competition. “The Market – A Tale of Trade” which also screens at the London Film Festival next week had been co-produced between Germany/UK/Turkey and Kazakhstan yet stars a predominately Turkish cast. Critics of the film harshly accused the festival organizer Engin Yigitgil and festival jury of not nurturing local talent since the filmmaker wasn’t from Turkey and was the first non-Turk to have won two awards in a national competition. Ben Hopkins exclusively defended the outcome by commenting that the film, “is in Turkish with a Turkish cast. I happen to be English but I didn’t choose that.” Jury member Fadik Sevin Atasoy also reacted by saying, “If the festival committee selects the film as being Turkish, then I accept and support its ‘Turkish-ness.'” 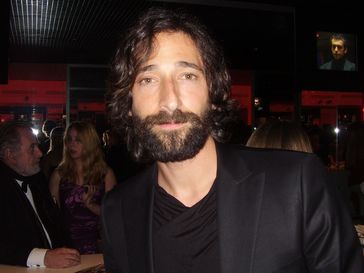 Other awards within the national competition were handed out to Dervis Zaim who won the best director award and Dr. Avni Tolunay Yurtici Kargo who received a special jury award for his film “Dot.” Best actor went to Tayanc Ayaydin for “The Market – A Tale of Trade,” while best actress went to Nurguel Ye ilcay for her role in “Conscience.” The Eurasia International Film Festival gave the award for Best film to “Khamsa” by Karim Dridi and the best director award went to Hirokazu Koreeda for “Still Walking.”

Honary and “Contribution to Cinema and Art Awards” were handed out to Marisa Tomei, Michael York, Maximilan Schell, Mickey Rourke, Adrien Brodey, Paul Verhoeven, Zbigniew Preisner, Fortissimo Films‘ Michael J. Werner and Kevin Spacey who received their nods during the fest. Spacey commented, when accepting his accolade during the closing ceremony, “Turkish cinema should not look to the U.S. to develop its art but build from within. Then, wait for the U.S to come to you.” 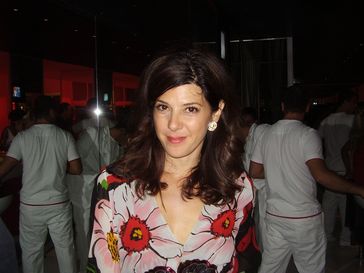 Turkish production is evidently currently thriving, with record breaking figures at the domestic box office. Although no major theatrical deals were made during the two day market. The 10 day event truly encouraged and promoted a cinematic bridge between Europe and Asia through film production, distribution and financing. Sales veteran Michael J. Werner of Fortissimo Films fittingly put it (in his acceptance speech during the closing ceremony) that Turkey has a lot to feel proud of. He continued by saying his company had plans to start representing Turkish films in the global sales arena. This indicates that maybe Turkish films have hit their pinnacle in reaching out to those who knew little about the ancient country.

This Article is related to: Features and tagged Festival Dispatch