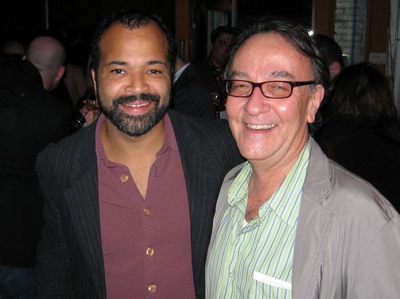 Tribeca Film Festival today announced that Peter Scarlet has stepped down from his position as Artistic Director of the Festival, effective immediately.

“The term ‘The Seven-Year Itch’ always evokes that famous still of Marilyn Monroe standing on a NY subway grating with her skirt blowing up around her thighs,” Scarlet said in a statement today. “But as my 7th Tribeca Film Festival loomed, I realized simply that it’s time for me to seek new challenges. I’m enormously grateful for the terrific experiences I’ve been able to share with colleagues and viewers here, and I’ll never stop being grateful to Martin Scorsese, Robert De Niro and Jane Rosenthal for having invited me along for such a glorious ride. I wish them and the Festival all success.”

“We are grateful to Peter for his leadership, his knowledge and his contributions to the Tribeca Film Festival over the past seven years,” co-founder Rosenthal said in a statement. “I have enormous respect for Peter and appreciate his work on behalf of Tribeca as well as the countless filmmakers around the globe which he helped bring to New York audiences. We thank him and know he will continue to play an important role in cinema.”

The festival program continues under the collective efforts of Executive Director Nancy Schafer and the core programming team of David Kwok, Director of Programming, and Genna Terranova, Senior Programmer.

“The finishing touches are being put on our program and I am truly thrilled with the slate our programming team has put together. We look forward to announcing the program on March 9th,” said Rosenthal in a statement.

This announcement marks the latest in a series of changes within the Tribeca organizations. Last month, festival co-executive director Paola Freccero announced her departure to join B-Side, and ten days ago former Sundance Film Festival director Geoff Gilmore announced that he is joining Tribeca Enterprises as the Chief Creative Officer for the company.