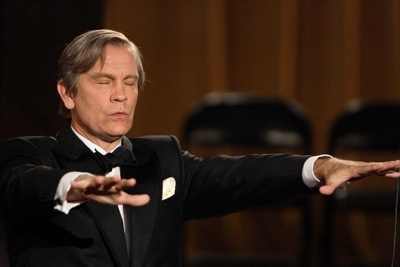 [An indieWIRE review from Reverse Shot.]

Being John Malkovich, it turns out, has its pros and cons. While most agree that Malkovich is a talented actor, few in Hollywood have really tested his range, preferring to use him as either terrifying or downright weird. Abroad, directors like Raul Ruiz and Manoel de Oliveira see him as the ideal haughty, intellectual leading man, but most American filmmakers regard him as an effeminate sociopath or disingenuous europhile, either to be punched in the face by Nicolas Cage or impersonated on “Saturday Night Live.” At best, however, this self-seriousness and ambiguous shiftiness have made him an ideal subject for Charlie Kaufman and Spike Jonze’s film, and in “Burn After Reading” the Coen Brothers rejoined with their own idea of what being John Malkovich means, in extremis: a pompous, blue-blood turned axe-wielding freak.

Further from the usual Malkovich M.O., though rather less successful, is the actor’s turn as the title character in Sean McGinly’s “The Great Buck Howard.” A beloved entertainer and veteran “mentalist” — don’t call him a magician — Malkovich’s Buck sports beautiful, flowing hair, flashy ties, and an optical-white grin, and he elaborately shakes the hands (and entire body) of everyone he meets. No wonder he was on Carson 61 times and enumerates among his pals such luminaries as Ed McMahon, the Captain & Tenille, and most of all, George Takei — “Star Trek”‘s Mr. Sulu (“he’s a hero of mine”). Buck Howard is a legend, though he’s the kind of legend that plays 400 shows a year in mid-size American cities, where he provides wholesome diversion in the form of “mentalism” and casino-grade entertainment: hypnosis, guessing obvious things, and balefully intoning Bacharach and David’s “What the World Needs Now” in a monotone while fudging chords on a stand-up piano.

Shadowed by Colin Hanks as his puzzled but loyal assistant Troy, the starchy, twentysomething law-school dropout who narrates the film, Buck undergoes the rise and fall and rise of C-list stardom, and the filmmakers thus find ample excuse for cameos from stars big and small. Some of these play themselves (Buck shares a dressing-room with Gary Coleman and “Police Academy”‘s Michael Winslow one minute, and is courted by Mary Hart, TRL, and both Jon & Martha Stewart the next), and others turn in small character parts (Ricky Jay and Steve Zahn make notable appearances, and Hanks pere, Tom, appears in the unremarkable, but strangely believable role of Troy’s boring, middle-aged dad). This back-and-forth between Hollywood reality and fantasy can become a little confusing, as when what I initially believed to be a band hilariously impersonating “Out of Time”-era R.E.M. was in fact Clap Your Hands Say Yeah performing their own songs.

While these small appearances add flavor, McGinly seems to lean a little too heavily on the main performers, and the results are mixed. Colin Hanks, saddled with a relentless voiceover, does well enough, apparently channeling the sort of hopeless, pencil-necked dullards that his father used to play in his “Volunteers” days. He’s watchable, especially when injected with some much needed warmth halfway through the film with love-interest Valerie, whom Buck refers to as his “press attache.” Played by Emily Blunt, Valerie is disastrously underwritten, full of holes and pointless quirks — randomly, she’s kind of an alcoholic — but Blunt bravely spackles together a likable character, even if the filmmakers only want her there to look really, really fantastic (which she does).

But Malkovich’s titular mentalist is the primary focus of attention — and sadly the source of many of the film’s unique problems. In a career of strange performances, Malkovich turns in a true curiosity here — and maybe it’s because he is not, for once, being John Malkovich. This turns out to be both a plus and a minus: it’s interesting to see him go outside of his comfort zone, but there are many out-of-the-blue quirks that don’t quite work, and those that do are closer to the Malkovich persona — his pettiness, his arrogance, his sexual ambiguity.

Buck’s career is modeled — loosely and rather unflatteringly — on that of Carson regular the Amazing Kreskin, and the inherent difficulty in making a film about this sort of highly repetitive and cornball entertainer is that it necessitates rehearsing his same highly repetitive and cornball acts, ad nauseam. Thus the film never quite strikes the right balance between repetition for the sake of pathos and repetition for the sake of comedy, and the result is simply tedious. By the fifth time you’ve heard his Bacharach cover the magic is gone.

[Leo Goldsmith is Reverse Shot staff writer, as well as an editor at Not Coming to a Theater Near You.]

This Article is related to: Reviews and tagged In Theaters