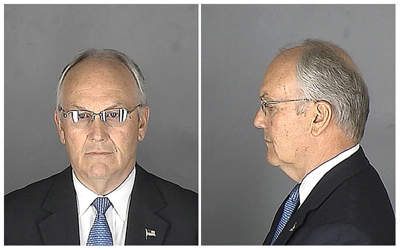 [Editor’s Note: This interview with “Outrage” director Kirby Dick was first published in indieWIRE for the lead-up to the film’s Tribeca Film Festival premiere. Magnolia Pictures opens the film in select cities Friday May 8.]

With the culture wars heating up as the debate about gay marriage intensifies in numerous American states, a new documentary is poised to stir widespread discussion later this month when it premieres at the Tribeca Film Festival. Still in the final stages of post-production, Oscar nominated filmmaker Kirby Dick is turning the spotlight on closeted American politicians in his latest documentary, “Outrage.” It will debut in New York City on April 24th and distributor Magnolia Pictures will quickly open the film shortly thereafter in movie theaters, intending to capitalize on the media attention that the film is sure to draw. In the words of the company, the film “could be a game changer in the ongoing battle for same sex civil rights in the United States.”

While “Outrage” includes interviews with openly gay Representatives Barney Frank and Tammy Baldwin, as well as out former New Jersey governor Jim McGreevey, it’s the look inside the secret lives of powerful U.S. political figures that will likely have people talking once the film is unveiled. The film aims to tell stories that haven’t ever been reported on. In his previous documentary, “This Film is Not Yet Rated,” Kirby Dick investigated the hypocrisy of the Motion Picture of America Association’s (MPAA) film rating system, and in this new movie he tackles the hypocrisy of closeted policymakers who openly campaign against the LGBT community they are secretly a part of.

The new film examines the double lives of a number of current political figures, mostly Republican men, who have masked their homosexuality through marriage to women and by actively working against the gay community. It explores the stories of politicians who, through their policies and voting records, actively bash gay people in order to prove they themselves are not gay. And it details a media establishment that keeps their secrets. The lives of former elected officals (and even some mainstream media figures) are also examined as the film explores the dual lives of public people who have chosen to live in the closet. 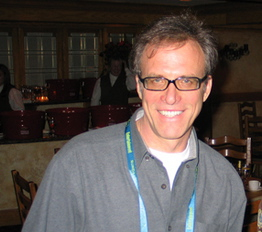 Kirby Dick at the Sundance FIlm Festival in 2006. Photo by indieWIRE

indieWIRE recently watched an unfinished cut of the film and we have agreed to refrain from detailing certain aspects of the film, and some of those who may depicted in it, because the documentary was at a work-in-progress stage and is subject to change prior to its debut in two weeks at the Tribeca Film Festival. One person closely involved with the making of the movie recently told indieWIRE that the reporting and vetting of individual storylines will continue up until the last minute to make it as timely and airtight as possible.

In “Outrage,” Kirby Dick takes a serious, journalistic approach to exploring the lives of a number of people, while at the same time digging into the culture of Washington D.C. politics and national media. Activist Larry Kramer and radio personality Michelangelo Signorile are among those interviewed, as are journalists and others who have gathered background over the years, or have direct insight into the sex lives of political figures.

“We’re prepared for [the controversy], this is explosive territory,” filmmaker Kirby Dick told indieWIRE yesterday by phone. “These closeted people make a decision early on, and they have decades of lies that have kept their lives under wraps. One of the reasons we made this film is that the closet distorts our whole political situation. The press doesn’t report on this – [they are] very reluctant.”

The genesis of the film came directly out of Kirby Dick’s previous film, as he explained during the conversation. “I was in Washington, D.C. doing press for [‘This Film is Not Yet Rated’] in 2006 when the subject came up,” Dick said during the telephone interview. “I thought to myself, ‘there’s a story that’s similar’. I’m in Hollywood and I know about this [flawed] ratings system, and I figured there’s a similar story here in D.C. I started talking to people and the first thing I found out was that D.C. is in fact very gay. A great deal of staffers on the Hill are gay. It is not a secret there… And this had all the elelments for a fascinating story.”

Getting people to talk on camera, not surprisingly, was a challenge when “Outrage” went into production, but over time Beltway insiders did open up. “Like ‘This Film is Not Yet Rated,’ it was hard to get people to talk about it, but we did get quite a lot of people who were closeted to talk. Even people who were once powerful politicians.”

Kirby Dick, however, said that the main purpose of the film is not simply outing closeted politicians, but casting a spotlight on the massive hypocrisy that allows powerful people to work against the rights of a minority when they hide their personal lives while enjoying the spoils of power. Politicians, Dick says, have constructed a labyrinth of deceit in order to maintain their public facade while living double lives, which will inevitably result in shockwaves throughout the establishment once “Outrage” is screened and then released in theaters. [article continues on the next page, link below]

One openly gay politician, congressman Barney Frank of Massachusetts, according to Dick, said that the press is ready to report on every aspect of a politician’s life, but won’t mention their homosexuality. Former New Jersey governor Jim McGreevey, however, told Kirby Dick that the closet had ironically helped him as a politician.

“Jim McGreevey – he was wonderful – laid out the pressures. As horrible as it is to be closeted, from a political point of view, it’s great training because you have to spin and it’s sort of how it is in politics,” Dick explained, noting how successfully hiding their homosexuality actually helped politicians to master message manipulation.

“I think sometimes it’s that they believe they will cause someone personal harm,” Dick added, trying to explain why the mainstream media has mostly remained silent about closeted politicians, adding, “The most harm they cause I believe is they don’t report this… I also think they believe that if they ask someone about their sexuality, they’ll never have the chance to interview that person one on one again.”

Following the Tribeca Fest premiere of “Outrage,” New York distributor Magnolia Pictures will immediately open the film in movie theaters in select cities on May 8th — in New York, Los Angeles, San Francisco, Philadelphia and Washington, DC — with an expansion quickly thereafter. Magnolia, a division of Mark Cuban’s 2929 Entertainment, has a long track record with successful documentaries including “Enron: The Smartest Guys in the Room,” “Capturing the Friedmans,” “Control Room,” and this year’s Oscar winner, “Man On Wire.”

An image from “Outrage”. Image provided by Magnolia Pictures.

The company got involved to back the film more than two years ago and is openly hoping it will lead to change. “We feel that the film can have a huge impact,” Magnolia’s Tom Quinn told indieWIRE this morning, “This is a really human story and I think [Kirby Dick] really gets to the heart of why this is important.” Continuing, Quinn added, “I am not at a fan of the subject-driven, preachy doc and this is not one of those.”

Magnolia, a sister unit of the Landmark Theaters chain, has decided to guard aspects of the film’s content from leaking in order to maximize its punch when it debuts later this month, hoping to drive audiences to theaters when it rolls out around the country. “By design we’ve kept it under wraps,” company president Eamonn Bowles told indieWIRE yesterday. “I’ve seen where the news gobbles up a story and people think they know about it already.” Continuing Bowles added, “[Kirby Dick] is an accomplished filmmaker… There are some subjects that can’t be described by soundbites and this is a very complex issue. We don’t want to just boil it down to over simplification, which the media will inevitably do. I truly believe this subject would be over-sensationalized without the context of the film’s point-of-view.”

“Certain things [in the film] are revelatory,” added Tom Quinn, today. “The fact that people will get to see this film not at home, not in a vacuum, not in their shell, but in a public forum, I think it’s really important for the film to have that kind of capital in the public space.” Continuing he advocated for the nearly simultaneous festival and theatrical approach to releasing the movie, noting, “I’m a big fan of strangers coming together to discuss issues that affect us all.”

While “Outrage” features formerly closeted politicians such as McGreevey and Frank, as mentioned the film will name prominent people in power today who have, until now, meticulously guarded their secret successfully. Magnolia believes this will create momentum as the movie rolls, and it will undoubtedly cause a sensation.

“We believe ‘Outrage’ will be getting a lot of attention from the media,” said Bowles. “I think people will be curious about it, [and] people are going to want to know who the names are. There will also be interest of not always a noble nature. [But] the film is far from a witch hunt, it’s a very responsible film. It’s not just issues of gayness, it’s about absolute hypocrisy. The film is not just dishy and snarky, it really stays on message. It has its funny moments, but it really deals with the whole hypocrisy issue.”

Kirby Dick will participate in a pair of longer conversations about the movie days after its premiere at the Tribeca Film Festival: a Filmmaker Talk at the Apple Store Soho event with indieWIRE on Thursday, April 30th at 5:00 p.m. and a panel discussion with former New Jersey Governor Jim McGreevey, writer and radio host Michelangelo Signorile, and author & activist Rodger McFarlane at the Tribeca fest on Friday, May 1st.

“I think that if someone is in the closet and voting against gay rights then that’s hypocrisy and that’s cause for outing,” Dick told indieWIRE, addressing the issue of responsibility and when it’s appropriate to out people. “You can call it ‘outing,’ but honestly, it’s just reporting… It’s the same as someone who’s had an abortion and then votes against abortion, it’s hypocritical.”