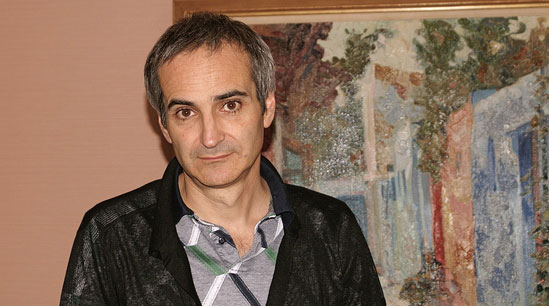 “I must say it was a much easier process than most of my recent films,” Olivier Assayas said of his “Summer Hours” during last year’s New York Film Festival, where it had its U.S. premiere. “Ultimately, the producer who made the film happen – Martin Karmitz, a big independent producer in France – I got him the screenplay and he said, ‘Let’s do it.” Which never happens. It’s something that maybe happens in Never Never Land or something. It was just miraculous.”

Assayas talked with indieWIRE about the film, and how, intially, it was supposed to be a short film, part of a series of short films to celebrate the Musee d’Orsay‘s 20th anniversary (another film involved in that commission was Hou Hsiao-hsien‘s “Flight of the Red Balloon“).

“That’s where I started scribbling down notes that turned into the skeleton of the film,” Assayas said of that project. “I started with a really simple storyline. This had more to do with the objects than the characters. To me, the arch of the film and the structure of the film has to do with the fate of the objects. The notes that I was scribbling intially was about how an artwork has a life cycle. It is born out of nature… It lives its life among individuals in households and at some point it ends up buried in a museum.”

But after a few months, the project was discontinued by the museum. “It was just not happening,” he said. “So I did a little bit on my own because for some reason [the work] struck a cord and I realized there was something really personal at work.” 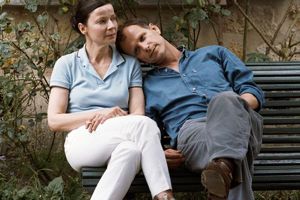 What was at work was the story of three siblings – played by Charles Berling, Juliette Binoche and Jeremie Renier – who, when their mother passes, are left in joint possession of their childhood summer home and an extensive collection of art and furniture. “If I wanted to tell that story,” he said. “I had to deal with a family. I had to deal with the place where those objects used to live. I kind of built it backwards.”

Assayas was cautious of where his so-called backward building might lead him. “Siblings selling the family home is a genre in itself,” he said. “There’s been like a million movies like that. It’s a classic subject. It’s the cherry orchard. Everybody one, once in a while pops up with their version of the cherry orchard. So this is mine.”

What Assayas did to ensure his version found its own voice was by resonating it within the conflicts and contradictions of today’s endlessly envolving society. “Hours”‘ three siblings, all France-born, are no dispersed in three different continents, making Assayas’ “cherry orchard” not about who gets the house, but how to get rid of it.

“If you deal with a classic theme,” he said. “The issue is how you make it relevant and modern by being in touch with actual individuals living in today’s world… What is basically tearing apart families and transforming ancient, traditional cultures is the forces at work in the economy,” he explained. “And what is transforming the economy is the fact that every single business has to go global. So all of a sudden, guys who used to work in some office in Paris and spend the weekend with their family. They learn that the business they are working for is buying a branch in Bulgaria and the next day they will be moving to Sofia… It’s not a minor phenomenon, its happening everywhere. And its something that changes the logic of the culture.”

This Article is related to: Features and tagged Interviews, Summer Hours