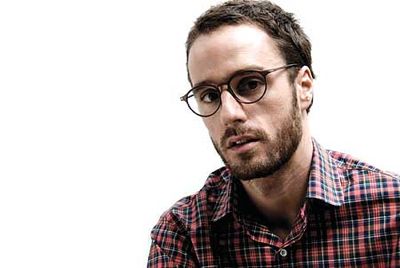 Filmmaker magazine has announced the results of its annual survey of the “25 New Faces of Independent Film.” Published by IFP, the nation’s largest and oldest organization of independent filmmakers, Filmmaker has been doing the survey for eleven years. It will be featured in the Summer 2009 issue, which is online now, and available on newsstands at the end of the month. It showcases 25 up-and-comers poised to shape the next generation of independent film.

“This year’s crop of 25 New Faces consists, as always, of new film artists whose work we feel passionately about but also, in this year of change, people who are redefining the notion of a career in film,” said Filmmaker‘s Editor-in-Chief Scott Macaulay. “There are filmmakers who have embraced DIY strategies for both the production and distribution of their work, directors bouncing between documentary and fiction, and those for whom the online space is vital to their artistic identities. And, of course, there are a few contrarians, those whose resistance to all of these things is their own way of defining themselves!”

Of the 290 on the list over the past 11 years, nearly 90% have been filmmakers, including Craig Brewer (“Hustle & Flow”), Ryan Fleck and Anna Boden (“Half Nelson”), Barry Jenkins (“Medicine for Melancholy”), Miranda July (“Me and You and Everyone We Know”), Joshua Safdie (“The Pleasure of Being Robbed”) and Peter Sollett (“Raising Victor Vargas”). Notable actors noted in the survey in the early days of their careers have included Ryan Gosling (“The Believer”), Ellen Page (“Hard Candy”), Peter Sarsgaard (“Another Day in Paradise”) and Hilary Swank (“Boys Don’t Cry”).

Filmmaker’s 25 New Faces of Independent Film in 2009 are:

Destin Daniel Cretton, winner of the Jury Prize at Sundance for his short, “Short Term 12.”

Lena Dunham, director of the semi-autobiographical “Creative Nonfiction,” which screened at SXSW.

Morgan Jon Fox, writer-director of “OMG/HaHaHa,” will be out on DVD this fall.

Steph Green, a commercial, music video, and narrative fiction director whose short, “Boy,” was nominated for an Academy Award.

Jody Lee Lipes, director of photography on “Afterschool,” and director of upcoming doc “Brock Enright: Good Times Will Never Be The Same.”

Lost Zombies, who won two Web awards at SXSW for LostZombies.com, a site that is crowdsourcing the production of what is billed as “the first community-generated zombie documentary.”

Rooney Mara, an actress featured in Miguel Arteta’s “Youth in Revolt,” Adam Salkey’s “Dare,” and James Strouse’s “The Winning Season,” as well as the new remake of “Nightmare on Elm Street.”

Paola Mendoza, co-director and writer of “Entre nos,” which premiered at this year’s Tribeca Film Festival.

Jeff Mizushima, winner of the Filmmaker to Watch award at CineVegas for his debut feature, “Etienne!”

Ian Olds, director of doc, “Fixer: The Taking of Ajmal Naqshbandi,” which showed at Rotterdam, and premiered at Tribeca.

Nicole Opper, a Philadelphia-based documentarian whose “Off and Running” screened at Tribeca, New Fest and Frameline.

David and Ian Purchase, Toronto-based directors whose $500 short film based on the Half Life video game was viewed 2.7 million times on YouTube.

Check out full profiles of each here.