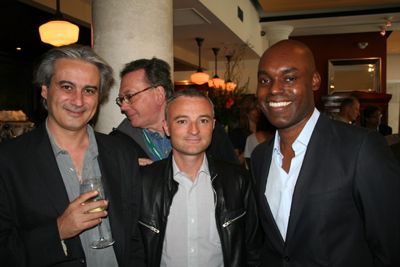 “I’m getting slightly more sleep this year, that’s the major difference,” Toronto International Film Festival co-director Cameron Bailey told indieWIRE regarding his sophomore year on the job. “But only a little bit. It’s still a really demanding job. The only difference is I know what’s coming this year, and I know the rhythm of the season a little bit better.”

With the festival’s 34th edition just over two weeks away, we finally have an idea of what’s coming too. Last week, Toronto announced its final program, with 271 features and 64 shorts set to screen over the ten-day event. It’s a characteristically staggering lineup. There’s 100 world premieres, and new works from a considerable who’s who of international filmmakers: the Coen Brothers, Michael Haneke, Steven Soderbergh, Jane Campion, Lars von Trier, Atom Egoyan, Michael Moore… Because as we well know, Toronto is the unofficial kick off of the North American Fall movie season. Films come here hoping to get acquired, jump start an awards campaign, or ideally, both (last year, Darren Aronofsky’s “The Wrestler” marked a fine example of such a double-dip).

The festival’s massive program can prove a bit daunting for first-timers, or even people coming for the tenth time. Because perhaps the most defining quality of the festival is that – despite its reputation as the industry’s awards season start date – it’s driven by a public audience. And with a population 50 times that of Cannes, Toronto has no problem populating the seats the industry alone couldn’t possibly fill.

“We think of ourselves as the leading public film festival in the world,” Bailey said. “So that means that unlike Cannes, or even Sundance to a degree, we’re an industry event that’s driven by a public audience… I think what a lot of the people sometimes misunderstand is they think that they can maybe do it like they do some other festivals and come for three or four days and get the full picture, but there’s so much going on and so much to see that I think that it can sometimes demand a little more time and attention.”

This year, Toronto does have something unfortunate in common with both Cannes and Sundance. “Like everyone, we’ve been affected by the economic downturn,” Bailey said. “We’ve seen a dip in sponsorship like I think a lot of major festivals have. We’ve been lucky that we’ve maintained our arrangements with our major sponsors, and we’ve found some new ones as well. But there was a dip, definitely.”

A scene from Jason Reitman’s “Up In The Air.” Image courtesy of the Toronto International Film Festival.

Bailey said the festival hasn’t seen any major drop offs on public side, though, and that the industry side looks pretty good as well. “Most of the major festivals have seen a slight dip in either the number of people attending or the length of their stays,” he said, “but we look like we’re on track to being close to what we had last year.”

On the programming side, Bailey said the festival has definitely seen a reflection of the economic downturn in some of the films. “I think once people start watching films like ‘Capitalism: A Love Story’ – the new Michael Moore film, ‘Up In The Air’ – Jason Reitman’s new movie, and ‘The Joneses’… they’ll really see filmmakers responding to this new situation in interesting ways. There are a lot of filmmakers really taking a good, hard look at the place of money in human interaction, and what it does to the human heart and the human soul.”

Bailey also noted a few other trends and themes found throughout the festival’s program, including one that seems to have been building upon itself at festivals throughout this past year. “There’s been some really great films about the coming of age of young women,” he said. “It began probably at Sundance with films like ‘An Education’ and ‘Precious’ – two very different approaches to that turf – and then at Cannes in films like ‘Fish Tank.’ With ‘Cracks’ and ‘Tanner Hall’ – two new films that Toronto has – we see [those themes] picked up again. It’s sometimes with women directors, and sometimes with men, but in every case you’re seeing a kind of new approach to the coming-of-age story. The coming-of-age story of a young man is kind of a staple in the movies, but I think we’re seeing filmmakers pay more attention to how young women come of age and what they’re going through.”

“That tension between faith and reason” is another parallel Bailey acknowleged between Toronto titles. “For us it was crystalized in our opening night film, ‘Creation,’ very much about that in the story of Charles Darwin and his wife and that tension being played out within a marriage. But also in a number of other films. ‘Hadewijch’ – the new Bruno Dumont – I think is a really powerful expression of that; ‘Eyes Wide Open” – a film that was in Cannes and we’re doing the North American premiere of – looks again at which of these ways of seeing the world will govern people’s lives… What’s good I think is that the filmmakers are not really coming down hard on one side or the other. Typically, movies can often be pretty hard on religion – certainly organized religion – but almost in every case, these films are provoking a debate about it rather than dismissing one side or the other.” 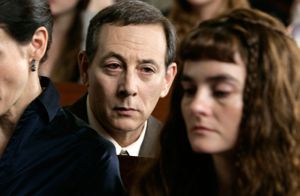 UK-produced “Creation” also marked a considerable departure for Toronto’s opening night film selection. Falling out of its long-standing tradition, the festival chose not to open with a Canadian film. Bailey said the decision “happened organically,” and that opening with a Canadian film was never “a hard and fast rule.”

“This year was one of those years where this one film – and we were looking at many, many films over the last three months or so – just seemed to crystalize a lot of what we were thinking about and a lot of what was being represented in other movies in different ways,” Bailey explained. “I mean, it’s about big ideas but it’s expressing those ideas in a very approachable and intimate way. It has the scale and the sweep you want for an opening night film and we think it’s a film our audience is really going to embrace. And it will get people talking right at the beginning of the festival about some serious subjects that they will have been able to watch in a very accessible way.”

Another revision to the festival is the addition of an entirely new section, “City to City.” The section showcases works from a specific world city, in this first instance Tel Aviv.

“We’re one of a very small number of major international festivals that’s based in a big city,” Bailey said of the new section. “And we have a very rich, very diverse culture and the festival really draws on that. We feed on the cultural activity that’s happening in Toronto as a whole. And we thought that an interesting way to actually bring other parts of the world to our audience was in a kind of literal city to city bridge. We looked for other cities around the world where there’s that same kind of cultural energy, and where there’s some kind of flux or some kind of social changes happening that’s all being reflected in the kind of films being made.”

Bailey said the series will continue into future editions of the festival, but that the festival will try not to make obvious choices. “It may be a while before we get to a city like Paris or London or New York,” he said. “We’re going to look for cities where there’s interesting work happening, and perhaps an interesting group of young filmmakers coming up that are making films that are really expressing something about the changes that are happening in that city. That’s why Tel Aviv seemed like the perfect choice for us this year, because it is one of those cities where there is an incredibly diverse mix of cultures. There’s a lot of debate that’s happening, people really talk and argue about things, and also it’s a city people may think they know but until you spend some time watching the films in a more comprehensive way, you don’t get the full range of what’s happening there. So that’s why we wanted to start with that city. We think it’s going to provoke a lot of great conversation.”

And though he was cautious to choose favorites, Bailey also slipped a few suggestions as to what films might be provoking some conversations come next month. “I think there are some great smaller films that will surprise people,” he said. “The new Todd Solondz film, ‘Life During Wartime,’ is really good and marks a return to characters and themes that he dealt with before, but with a really new sense of maturity to the way he approaches it. I think people will be surprised and impressed… And I think there’s a lot of other great work from directors we know, but they’re showing us something a little different this time around.”

On September 10th, the lucky among us will decide for ourselves who exactly Bailey might be referencing. But in the meantime, we can all take a few good guesses.