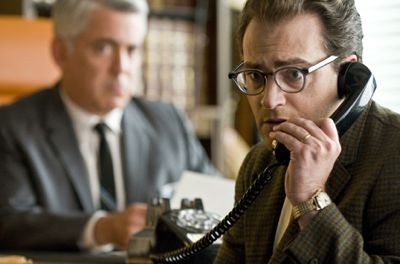 Joel and Ethan Coen’s “A Serious Man” was selected as the best film at the Toronto International Film Festival by an overwhelming majority of film critics and bloggers indieWIRE polled over the weekend.

“A Serious Man” – being released in theaters October 2nd – was also tops in a supplementary poll that indieWIRE ran through the week, asking critics and bloggers to give a letter grade to 34 of Toronto’s most buzzy titles. Along with Jason Reitman’s “Up In The Air,” the Coens’ film was among the only titles to receive an “A” level average.

Unlike last year’s edition of this survey, which was topped by Hirokazu Kore-Eda’s “Still Walking,” films that premiered at festivals much earlier in the year – most notably Cannes (“A Prophet,” “Fish Tank”) and Sundance (“Precious”) came into considerable play in the poll. However, this repetition of favorites didn’t seem to frustrate any of those polled.

“Plenty of strong, new work,” one of the polled folks stated. “Especially ‘Lourdes,’ ‘Videocracy’ and ‘The Road.’ Spirituality was a valid theme du fest, especially religion shot through a secular lens. Yet Toronto’s fucked-up families (the extremes of domesticity?) stayed with me longer: ‘Life During Wartime,’ ‘I Killed My Mother,’ and the nightmarish ‘Dogtooth.’ I’m definitely attending the right festival.” 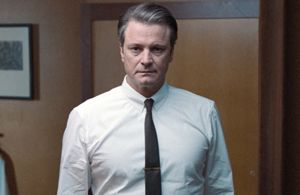 A scene from Tom Ford’s “A Single Man.” Image courtesy of TIFF.

Another championed the fest’s a broad selection, calling it “very easy for a journalist to navigate.” “It’s a miracle that everything is press-screened,” they continued. “I also love the fact that programmers are geographically specialized, and that they right intelligent entries for each film in the catalog. The films are curated, not just booked, as is the case these days at many festivals—and justified.”

And finally, one Toronto newbie left the fest hungry for more. “It was my first time at Toronto, and I want to go back,” they said. “Well-organized festival, a great city, and a bewildering sense of everything happening at once. Maybe next time I can actually get a press credential.”

Check out all of indieWIRE‘s coverage of the festival here.

BEST DOCUMENTARY:
1. Videocracy, directed by Erik Gandini (24)
2. Collapse, directed by Chris Smith (17)
3. The Art of the Steal, directed by Don Argott (16)
4. The Topp Twins: Untouchable Girls, directed by Leanne Pooley (10)
5. How To Hold a Flag, directed by Petra Epperlein and Michael Tucker (9)

** Richard Kind, Fred Melamed, Sari Lennick, Aaron Wolff and Benjy Portnoe received a combined total of 11, though individually no one got more than 3.

This Article is related to: Festivals and tagged A Serious Man, Features