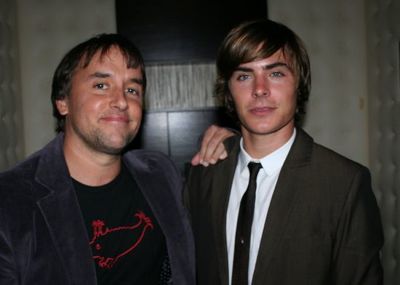 Cinetic Media brought the film to TIFF last year along with its high profile stars, but the feature did not find a traditional distribution deal. Today’s announcement brings Linklater’s feature, which also stars Christian McKay as Orson Welles, to screens via a partnership that includes Schwartz, who in 2008 joined a team to release Barry Levinson’s 2008 Sundance feature “What Just Happened,” which also didn’t find a traditional distribution outlet despite heavyweight stars such as Robert De Niro, Sean Penn and others in the film.

Talking with indieWIRE this evening as he arrived in Toronto for this year’s festival, Cinetic chief John Sloss said that while they received various offers for the film from distributors, they believed that going forward outside the established distribution system would be a better fit for this film, and said he believed more such deals will be seen in the near future.

“We knew we had a strong film in [‘Me and Orson Welles’] that would be reviewed, and we knew all the people involved, including Rick Linklater and Zac Efron, would do what they could for the film, so we thought, why not raise the P&A and do it ourselves.” Contemplating the future, Sloss added, “I think it’s something we’ll see more of. As the means of distribution becomes more readily available, these types of [scenarios] become possible.”

Pandemic will introduce “Welles” to the public by what it describes as a “creative and comprehensive campaign across all available media and editorial platforms,” while Warner will take the film’s reins on its DVD release (which was arranged via Cinetic), while Louisville-based company Hart/Lunsford Pictures is funding the prints and advertising costs.

Today’s announcement comes on the heels of NX’s relationship with Vue Entertainment, one of the UK’s leading cinema operators, in a deal which allows NX to produce and directly distribute titles, including “Welles.”

“CinemaNX is pioneering this type of U.S. distribution strategy, and I think that says a lot about the vision of NX’s Steve Christian and Marc Samuelson,” said Richard Linklater in a statement. “I’m excited about the possibilities, for myself and for other filmmakers.”

Last month, Warner Bros. Home Video attached a teaser trailer for the film on their DVD release of “17 Again,” which starred Zac Efron, which the company says has resulted in hundreds of thousands of views via the Internet.

Rooted in theatrical history, “Me and Orson Welles” is a romantic coming-of-age story about a teen actor who lucks into a role in “Julius Caesar” as it’s being re-imagined by a brilliant, impetuous young director named Orson Welles at his newly-founded Mercury Theater in New York in 1937.

This Article is related to: News and tagged Acquisitions, Me and Orson Welles