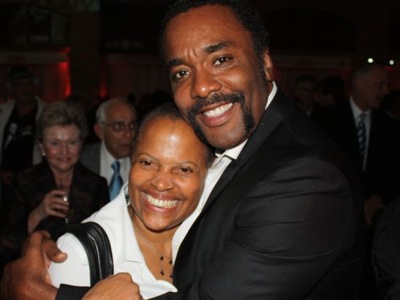 Lee Daniels’ “Precious: Based on the Novel ‘Push’ by Sapphire” has taken top honors at the Toronto International Film Festival, becoming the first film in history to win audience awards at both Toronto and Sundance.

Daniels was not able to attend the ceremony, but sent his regards. “I wish I could be there to accept this award on behalf of the film, but I just landed in San Sebastian, Spain, and I’m on my way to the film’s premiere here in just a few hours,” Daniels said in his absence. “Though I cannot begin to express my gratitude, as the audience award holds such a special meaning. I made this film for every person out there who ever looked in the mirror, and felt unsure about the person looking back at them. This is not an art film for a select few. This is a movie for everyone that can relate to. This film is for all precious girls, and for everyone who has a little precious on the inside.”

“Precious,” which stars Gabourey Sidibe, Mo’Nique, Paula Patton and Mariah Carey, was acquired by Lions Gate shortly after its Sundance premiere, and was a big hit in Toronto. Executive producers Oprah Winfrey and Tyler Perry on hand to present the movie at the festival, creating a significant frenzy with the locals. It will next screen at the upcoming New York Film Festival before opening in theaters this November, and its Toronto win only further cements its status as force to be reckoned with come Oscar season. Previous winners of Toronto’s top honor include “American Beauty,” “Crouching Tiger, Hidden Dragon,” ‘Hotel Rwanda,” and last year’s “Slumdog Millionaire” (at the ceremony, TIFF CEO Piers Handling erroneously included “Crash” amongst this list as well, which is not the case). 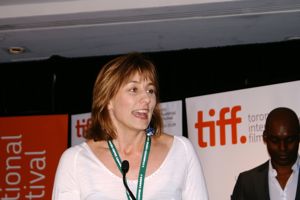 “I can’t tell you how thrilled I was to bring this movie here,” Pooley said at the ceremony. “This is so special. I’ve been making documentaries for like twenty years. And usually they’re dark, and that is often the world that a documentary filmmaker moves in. But this is a film about joy and laughter and love. It’s just so special to be able to bring a film like that to audiences like yours. More than anything, I need to thank The Topp Twins, who are a force of nature and I’m actually slightly frightened about what might happen if tell them we’ve won this award.”

“The Topp Twins” has yet to find to North American distribution (as Pooley coyly noted in her acceptance speech while giving a shout out to the film’s sales agent).

“I just received the best wake up call of my life,” Byrne said via an e-mail to Midnight Madness programmer Colin Geddes. “I’m still pinching myself. The Midnight Madness audience is the most educated, passionate and hardcore horror audience I’ve ever encountered which makes receiving this award such an especially great honor.”

Juried winners included Ruba Nadda’s “Cairo Time” for best Canadian feature and Alexandre Franchi’s “The Wild Hunt” for best Canadian first feature, while the FIPRESCI International Critics prizes went to Bruno Dumont’s “Hadewijch” for the Special Presentations section and Laxmikant Shetgoankar’s “The Man Beyond The Bridge” in the Discovery section (Shetgoankar’s absence provided one of the ceremony’s greatest comic reliefs when it was announced he had decided to spend in the weekend in nearby Niagara Falls instead of waiting nearby to see if he had won).

The complete list of winners at the 2009 Toronto International Film Festival:

Prizes of the International Critics (FIPRESCI Prize) for Discovery Section:
“The Man Beyond the Bridge” directed by Laxmikant Shetgoankar

This Article is related to: Awards and tagged Festivals, Precious: Based on the Novel "Push" By Sapphire