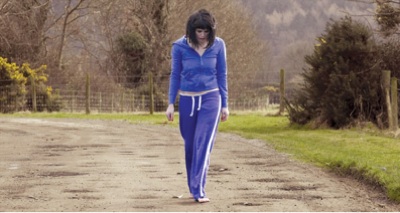 Two ex-cons kidnap a woman, but the tables turn and turn again in this tight, smart tale. J. Blakeson’s “The Disappearance of Alice Creed” is a terrific little thriller starring Eddie Marsan, Martin Compston and Gemma Arterton. We gave Blakeson and others a free-form style interview to gather their thoughts on their careers individual projects.

EDITOR’S NOTE: This is part of a series of interviews indieWIRE will be running with the filmmakers screening in the 2009 Toronto International Film Festival’s Discovery program.

Your Filmmaking Career and Process

I didn’t go to film school, but when I was 19 I made a short film on 16mm with five of my friends in my parents’ attic. We had no clue what we were doing. I loaded and operated the camera. All the sound was recorded at the wrong speed and I had to sync it by eye in post, I edited it on a rusty Steenbeck and we didn’t even grade the film – because we didn’t know what grading was. But I learnt so much making that film – about every aspect of film-making. It was an invaluable experience.

I moved to London after graduating university to try and be a film director. But I had no money and no contacts, so couldn’t really direct any films. But writing didn’t cost anything, so I started writing scripts and accidentally became a screenwriter.

I almost made my first feature a couple of years ago. It was a teen movie I’d written that I’d got myself attached to (after the original director left the project). We got tantalizingly close to getting it made, but then it all fell apart. It was heartbreaking, but taught me to pick myself up and just get on with the next project

“The Disappearance of Alice Creed”…

“The Disappearance of Alice Creed” all came together extremely fast. I first met with CinemaNX (the production company/financiers) in September 2008. We shot the film in February 2009. So it was a mad rush – which was great, as it gave me no time to be nervous. I just had to get on with it and trust my instincts.

Gemma Arterton only had a short gap between filming two huge movies – “Prince of Persia” and “Clash of the Titans” – which luckily coincided with our schedule. She was the first person to read for any role and about twenty seconds into her audition I was thinking “let’s hire her now. Right now.” She was phenomenal.

Up until about two weeks before the start of shooting, we still hadn’t cast the role of Danny. We had sets, a crew, locations, but no Danny. We’d auditioned a lot of really good actors, but none were right for the part. Then Martin Compston sent us a tape from Scotland. Two days later he was reading with Gemma in London. Next day he had the part. A week later we were in the Isle of Man shooting the film. And he was perfect.

I watch way, way, way too many films (though somehow it’s never enough). I like all genres, all nationalities, all budgets. From low brow to high art and everything in between. Good or bad, they all provide inspiration.

I was spurred on to make my first serious attempt at a short film after seeing David Lynch’s “Wild at Heart” and Lynch has remained an influence ever since.

For the look of “The Disappearance of Alice Creed”, we had a lot of touchstones, including Lynch’s Blue Velvet and Kubrick’s The Shining because they both have an off-kilter, but very cinematic feel.

Hopefully people will love and champion the film in Toronto. I’m especially looking forward to seeing the film with a big crowd of people and watching them react. As well as seeing a lot of other films while I’m there.

We only just finished “The Disappearance of Alice Creed” before the festival, so after a much needed break, I’m keen to get started on my next project. I loved the experience of directing “Alice Creed”, so am hungry to do it again as soon as possible.

And my long term plan is to try to write and direct some really good films. And as many as I can. Simple as that.