For Your Consideration: The 50 Most Despicable Oscar Snubs of the 2000s 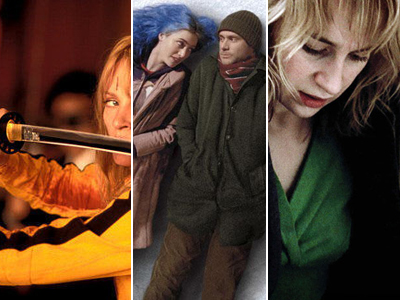 Before any of you get all optimistic about this year’s awards race, I decided to utilize this week’s column to remind you of how horribly wrong things can turn out. As the end of this decade approaches, and you start considering your favorite films and performances, you may or may not be surprised (though I’m guessing “may not”) to find that many of them – if not the majority – failed to receive any recognition from ye ol’ Academy. From “Eternal Sunshine of the Spotless Mind” to Uma Thurman’s work in the “Kill Bill,”‘s to a seemingly endless batch of foreign language favorites, it’s a frustratingly long list. Attempting to narrow it down to 50 was no small feat, and I’d expect there’s going to be some disagreement. But let me first explain where I was coming from.

Essentially, I focused on only nine of the most often discussed categories: best picture, best director, best actor, best actress, best supporting actor, best supporting actress, best original screenplay, best adapted screenplay, and best foreign language film. I realize that the remaining categories offer a plethora of angering exclusions – from “Far From Heaven”‘s costume design to “Requiem For A Dream”‘s original score to the truly obscene absence of original song, “America, Fuck Yeah” from “Team America, World Police,” not to mention the list-in-itself that is the best documentary feature category (“Grizzly Man,” “The Gleaners and I,” “The King of Kong,” etc, etc, etc) – but one can only take on so much.

I also figured there should at least be some theoretical chance that the “snub” could have been nominated. One might argue that including the likes of John Cameron Mitchell’s work in “Hedwig and the Angry Inch” or Christian Bale’s in “American Psycho” goes against this idea, but I beg to differ. Mitchell – if you can believe it – got a Golden Globe nomination for “Hedwig” (it seems Ricky Gervais ain’t the only thing the HFPA has on the Oscars). I mean more along the lines of suggesting Michael Haneke’s “The Piano Teacher” as a snub for a best picture nomination or Tony Leung and Maggie Cheung as snubs in the acting categories for “In The Mood For Love.” Ridiculously deserving as they were, those weren’t snubs. They were complete impossibilities. I can however, bitch about how both those films were shut out of the foreign language film category. And speaking of which, another “rule” – I didn’t include foreign films that weren’t submitted by their countries, as that wasn’t totally the Academy’s fault (though their pesky rules are somewhat to blame).

I’m sure I missed loads, and I encourage thoughtful use of the comments section to offer your own choices, and to make predictions about some potential 2009 non-nominees that might warrant a slot on an updated list some day in the future… Paul Schneider in “Bright Star,” anyone? Or how about Michael Stuhlbarg in “A Serious Man”?

So for what it’s worth, here are my picks for the 50 most despicable Oscar snubs of the 2000s (though it’s actually more like 70 given some of the “grouped” snubs), in descending order for your anticipatory pleasure. It’s meant mostly as a fun exercise for both myself and (hopefully) you, and as a little reminder as we begin to enter the depths of Oscar season: Only a small percentage of the truly great performances, scripts and films actually end up participating in it. 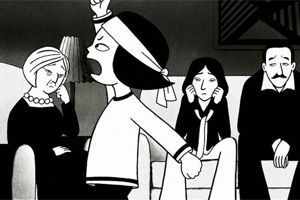 A scene from Vincent Paronnaud and Marjane Satrapi’s “Persepolis.”

48: Hugh Grant and Toni Collette for best actor and supporting actress (About a Boy, 2002)

43: Andy Serkis for best supporting actor (The Lord of the Rings: The Two Towers, 2002) 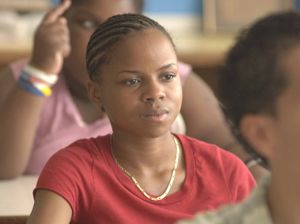 Shareeka Epps in a scene from Ryan Fleck’s “Half Nelson.”

31: Marlon Wayans and Jennifer Connelly for best supporting actor and actress (Requiem For a Dream, 2000)

-This article continues on the next page– 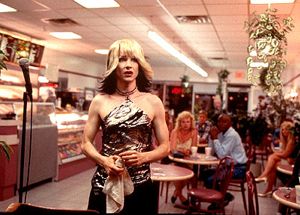 John Cameron Mitchell in a scene from “Hedwig and the Angry Inch.”

23: John Cameron Mitchell for best actor and director (Hedwig and the Angry Inch, 2001) 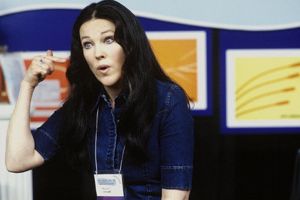 Catherine O’Hara in a scene from Christopher Guest’s”A Mighty Mind.”

14: Catherine O’Hara for best supporting actress (Best In Show, A Mighty Wind, and For Your Consideration, 2000-2006) 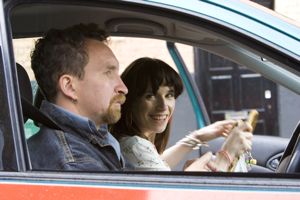 Sally Hawkins and Eddie Marsan in a scene from Mike Leigh’s “Happy-Go-Lucky.”

“For Your Consideration” is a weekly column by indieWIRE Associate Editor Peter Knegt. Check out his previous editions:

This Article is related to: Awards and tagged Academy Awards, Features