Scorsese on "The Red Shoes": "It's cinema as music" 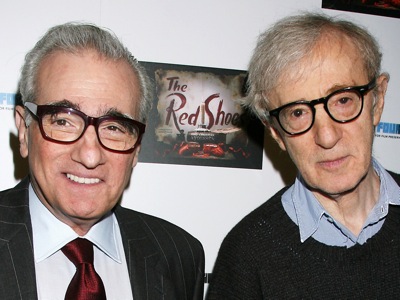 Nearly ten years ago, at the turn of the millenium, Martin Scorsese selected “The Red Shoes,” co-directed by his closest collaborator Thelma Schoonmaker’s late husband, Michael Powell, to be the first movie he’d project in his private screening in the year 2000. Scorsese, Schoonmaker and a few company colleagues watched the movie together. And then they had a two-hour conversation about it.

“This film is music,” Martin Scorsese said on Tuesday night at the DGA theater in New York, introducing a screening of the film, “It’s cinema as music.”

“I don’t mean a musical — musical is a genre that I love,” Scorsese said of “The Red Shoes,” “[But] this is a film that I love. Every aspect of it [the design, the color], the way the film’s edited, the movement within the frame and the movement of the frame, the dialogue, the milieu.”

“It isn’t as simple as music intercut with images,” he gushed, excitedly, in that fast-paced way that he speaks, “It has something else that makes it a piece of music, in a way. That you can run the film through your head and through your mind and your soul like music — images come to mind and perceptions of dialogue.” 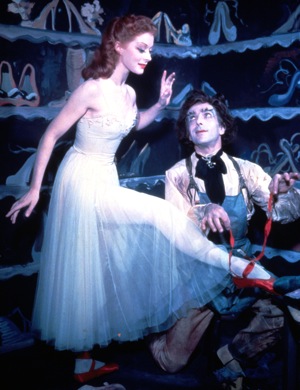 A scene from “The Red Shoes”. Image courtesy Film Forum

Saluting evening co-hosts Woody Allen, Alec Balwdin, and Emily Mortimer, all of whom were in the audience with Schoonmaker, Scorsese stumped for his Film Foundation that restores classic films. Earlier, the famous faces mingled in the lobby of the DGA Theater. Woody Allen talked with the press about the movie, accompanied by his young daughter Bechet, who was wearing red shoes for the event.

Made in the late 1940s by Michael Powell and Emeric Pressburger, “The Red Shoes” is set within a ballet dance company that travels to the South of France where they create (and then find immediate success with) a new piece called, “The Red Shoes.” Tensions rise when a young dancer develops a relationship with an upstart composer, to the surprise of the company’s accomplished leader. Shot in Technicolor, its considered the best use of the three strip color process that gave the film its beautiful look.

On Tuesday, Scorsese recalled seeing it as a young kid with his dad. He traveled to London some twenty years later to find filmmakers Powell and Pressburger, ultimately shining a greater spotlight on their work.

“Off all the films they made,” Scorsese said last night, “This is the one that seems to cast a spell on many people, because it weaves a mystery of creativity and obession — it becomes a film about the creative drive.”

“The Red Shoes” is crucial because it’s a movie that tapped Scorsese’s creative spirit at a young age and over the years he’s talked a lot about the importance of the film. But, so many people have never seen it. In Cannes this year, Scorsese brought the restored film and some called it the best movie of the festival. He recalled a single scene that he feels embodies “The Red Shoes.” 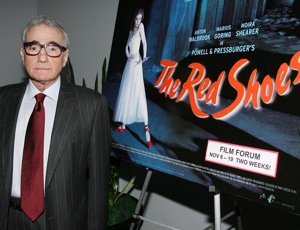 Martin Scorsese outside a screening of “The Red Shoes,” which opens this Friiday at Film Forum in New York. Photo by Dave Allocca/StarPix.

Early on in the film, ballet company impresario Boris Lermontov (played by Anton Walbrook) is at a cocktail party where he reluctantly meets a young ballet dancer (Moira Shearer) who he is immediately taken with. He asks her, “Why do you want to dance?” She quickly responds, “Why do you want to live?”

“That’s the way it is with art,” Scorsese reflected on Tuesday, “Its not that you want to do it, it’s that you have to do it. You have no choice. You have to live it and it comes with a price. But, what a time in paying it.”

At a post-screening party at nearby Nobu 57, Scorsese sat down for a brief one-on-one conversation. We talked more about “The Red Shoes,” its bold acting style, and the importance of the work of Powell and Pressburger. And we discussed the old New Yorker Theater and repertory cinema, as well as preserving cinema culture, something he is clearly doing with his work to rescue lost films from potential obscurity.

“Through cinema,” Scorsese explained, “You discover a reflection of other cultures. For me, that’s fascinating.” He continued, “If you lose your curiosity about people, what they thought or seemed to have thought… this is like living history, whether the film is good or bad.” 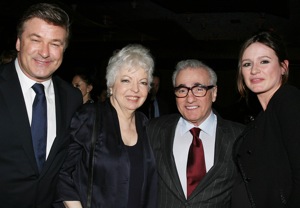 “A film that is discarded today, it might have a longevity that we are not aware of right now.” He noted how amazing it would be to have film footage from the Renaissance or the ancient world. To see what people really looked like, how they moved, but mainly, to look at their eyes. He mentioned watching old newsreel footage of pre-revolution Russia, watching the Royal Family.

“Suddenly, it’s like it’s yesterday,” Scorsese added, “It’s so important to think of it terms of curiosity about people, about life.”

The restoration of “The Red Shoes” opens at Film Forum in New York this Friday.