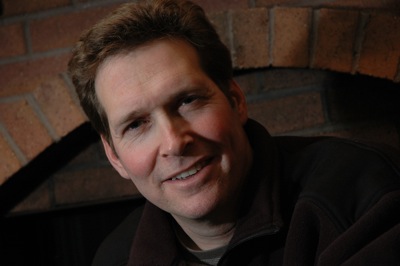 For many independent filmmakers and producers, 2010 – starting with the upcoming Sundance Film Festival – figures to be a watershed year and the beginning of a Decade of Filmmaker Empowerment. After years of disenchantment with traditional all-rights distribution deals, filmmakers and producers are poised to take matters into their own hands and forge a truly independent path to marketing and distributing their films.

For over 30 years, the Sundance Film Festival has been the jewel of the domestic film festival crown. Year after year, audiences flock to Park City to screen original films from new voices with fresh perspectives. Film industry executives attend the festival to discover and possibly work with a new class of promising filmmakers. For the new generation of filmmakers, Sundance is an unparalleled opportunity to gain recognition and screen films before appreciative audiences.

The economic climate over recent Sundance seasons has been harsh however. For many filmmakers pursuing traditional deals with multi-screen commitments and substantial minimum guarantees, January, 2010 is likely to represent another winter of frozen dreams. The once hot seller’s market where distributors chased producers with rich deals has cooled down considerably. The surviving mini-majors have concluded that marketing and distributing independent films can be risky business. The recent demise of Paramount Vantage and Warner Independent and downsizing at The Weinstein Company and Miramax contributes to a chilly forecast for this January.

The road from Park City to the urban art house cinema is icy and treacherous. Here is the good news: there are warmer days ahead offering a more stable course to distribution. The new terrain promises unprecedented control and maximum flexibility as filmmakers and producers hit the distribution trail.
Taking advantage of new opportunities in the marketplace, savvy filmmakers and producers will approach Sundance 2010 and other key festivals with a customized empowerment strategy. This new paradigm contemplates the probability that they will contract with several distribution partners rather than seek traditional, one-stop/all rights distribution arrangements.

Producers and filmmakers will craft and execute a distribution game plan that supports their personal priorities and targets specific audiences and markets. With a sharper eye towards emerging business opportunities, some producers will prepare empowerment plans and budgets designed to efficiently allocate monies to service theatrical and semi-theatrical engagements and fuel integrated digital marketing campaigns. The new empowerment model favors working with experienced publicists and distribution consultants who will help establish and execute a customized distribution program.

In contrast to the traditional all-rights distribution model, the empowerment model is both practical and opportunistic. It envisions direct sales and individual licenses to cover separate media and markets. It is also scalable to address emerging digital commerce and traditional media revenue streams. The empowerment model sidesteps middlemen and long term exclusive distribution relationships with entities that are frequently overburdened and under-staffed. Given today’s dysfunctional marketplace, empowered filmmakers and producers are more determined to drive the distribution car and to take a greater role in managing their business.

As strategic distribution counsel and producer representatives, we are actively working with filmmakers and producers who are embracing the new empowerment model. Here are five priority empowerment elements worth considering prior to going to Sundance or another key festival.

1. Establish Goals for the Film – In the past, the industry and media defined success by high profile distribution deals and end of the year awards. The empowerment model encourages filmmakers to establish their goals on personal basis. The filmmaker’s goals are not always shared by the producer and/or the investors, however. For example, some filmmakers urgently desire a theatrical release so that audiences can see their film in the best environment. This expensive goal often conflicts with investors seeking recoupment of monies. We recommend that the filmmaker and producer establish a consensus and create a priorities pyramid that will serve as a compass for the team going forward.

2. Identify Assets – Take an inventory of the project and review its selling points. For example, many documentaries discuss topics that have built-in constituencies such as organizations that may be accessed for marketing purposes. Actors in narrative features frequently have agents and managers, all of whom have a stake in the film’s success. They should be tapped to deploy their relationships and resources to help market your film. Sometimes, a film’s location can be an asset such as when a city or state seeks to promote their production incentives and qualifications. Film commissions frequently have marketing budgets, so it may be helpful to team up with them to help promote the film.

3. Create a Business Summary and Budget – Along with finishing the film so that it is “delivery” ready, preparing a business plan and budget is a critical step one should take prior to the festival. The exercise generates important team discussion and helps map out a strategy required to satisfy the established goals. Once prepared, the producers can assess the anticipated costs and create a realistic budget to cover festival expenses and the costs to support a service or semi-theatrical release. Without this road map, it is easy to lose direction or run out of gas (money).

4. Assemble Your Team – The empowerment model is strategic by design. It requires the recruitment of experienced professionals to help create and deploy a customized distribution plan. The old-style sales agent and festival publicist may not always be the best fit. This is a marathon and not a sprint. Look to recruit professional relationships that will stay with the film from the festival campaign through distribution so you can implement the plans they helped to design.

5. Focus On Finance Empowerment entails responsibility. Marketing and distributing films is expensive even when you are efficient. In the traditional model, filmmakers and producers used distribution companies as their bank and paid an expensive price – loss of control for many years. The business of marketing and distributing films, like all businesses, requires capital. To stay independent you must bring your own gas to feed the distribution engine, at least until your film starts to generate income. The good news is there are many entities willing to cash flow your festival and P&A budget. Be careful, however, since these are sophisticated banking agreements that require specialized counsel. Please review these agreements with counsel or risk losing control over your negative.

Let’s celebrate the Empowerment Decade. Finally, the tools are available so that the independent vision can extend beyond film production and into distribution. With less dependence on the traditional distribution model we can look forward to perhaps the more innovative filmmaking this January and in the years to come.