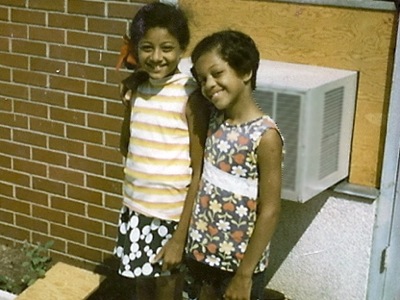 Chico Colvard’s Sundance Documentary Competition feature, “Family Affair” has been acquired by OWN, the recently announced Oprah Winfrey Network. The film is the first to join the network’s recently announced Documentary Film Club, which was created to “spotlight cinematic documentaries that can inspire and entertain, and encourage emerging creative voices to bring their stories to a mainstream television audience on OWN.”

When the director was ten years old, he shot his older sister in the leg. The seemingly random act, however, caused a chain reaction that exposed unspeakable realities and ruined his family. After three decades, Colvard takes on the family secrecy and visits his relatives.

According to a Sundance description, “what unfolds is a personal film that’s as uncompromising, raw, and cathartic as any in the history of the medium. Driving the story forward is Colvard’s sensitive probing of a complex dynamic: the way his three sisters survived severe childhood abuse by their father and, as adults, manage to muster loyalty to him. These unforgettable, invincible women paint a picture of their harrowing girlhoods as they resiliently struggle with present-day fallout. The distance time gives them from their trauma yields piercing insights about the legacy of abuse, the nature of forgiveness, and eternal longing for family and love. These truths may be too searing to bear, but they reverberate powerfully within each of us.”

“I am deeply honored that ‘Family Affair’ is the first acquisition by the OWN Documentary Club,” said Liz Garbus, producer in a statement. “Beyond our own personal excitement, OWN’s commitment to best of American documentary filmmaking is a thrilling development for the whole industry.”

A joint venture between Oprah Winfrey and Discovery Communications, OWN: The Oprah Winfrey Network is a multi-platform media company that aims to “entertain, inform, and inspire people to live their best lives.” OWN will debut in more than 70 million homes, on what is currently the Discovery Health Channel. The venture also will include the digital platform, Oprah.com.

Designed to be a multi-platform experience, the Doc Club on OWN will be an opportunity for viewers to see monthly documentary films on the channel and, in some cases, at nationwide theatrical screening events.