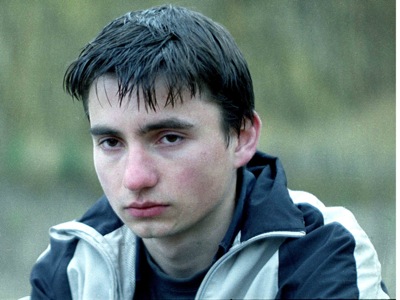 Forget about USC or UCLA. The film school shorts generating considerable buzz before the 2010 Sundance Film Festival officially begins come from such off-the-beaten-path educational facilities as the National Film School in Lodz, Emily Carr Institute in Vancouver, and CSU-Monterey Bay. With a record number of shorts submitted to the 2010 Sundance Film Festival (6,092, up 8% from 2009) and only 70 selected, the films made under university rules and regulations must showcase undeniable talent to beat the odds and make the official roster. Here is a look at thirteen truly remarkable student films, six of which are world premiering in Park City.

Two student shorts come from Lodz, Poland’s largest film production hub. Magnus von Horn wrote and directed “Echo,” a disturbing 15-minute drama in which two teenage boys are brought back to the scene of their crime and forced to reenact their attack on a girl from their school. The film’s final confrontation between the victim’s parents and one of the accused is particularly harrowing. This short has already won over audiences at a host of international festivals, including the Oberhausen Short Film Festival, Curtas vila do Conde, and the Munich International Festival of Film Schools, where it won the Grand Prix. “Echo” plays in Shorts Program IV.

The Emily Carr Institute in Vancouver’s contribution is “The Art of Drowning,” a 2-minute, hand-drawn animation directed by Diego Maclean, based on a poem by Billy Collins. This short has already had extensive exposure in the Great White North, having played the 2009 Vancouver Festival, Ottowa Animation Festival, Montreal World Film Festival, and the Toronto International Film Festival. It next plays Victoria before traveling down under for the Melbourne fest. Diego Maclean will be present when his short screens in front of the highly-anticipated feature “Bass Ackwards.”

In Shorts Program V is “Charlie and the Rabbit,” a captivating 10-minute adventure following a bb-gun-totting, bike-riding 4-year-old boy who is inspired by cartoons to kill a rabbit. The naturalistic short is co-directed by California State University Monterey Bay students Rodrigo Ojeda-Beck and Robert Machoian.

Another California school, CalArts, makes a strong contribution to this year’s fest with a 10-minute documentary directed by Jason Tippet entitled “Thompson.” Made for $600, this very contemporary portrait of two best friends at crossroads previously played the Los Angeles Film Festival, the Starz Denver Film Festival, and South by Southwest, where it won a jury prize. At Sundance, it can be seen in the Documentary Showcase program.

Two AFI films also made the cut this year. “Patrol,” a 20-minute film written and directed by John Patton Ford, concerns a father who makes his living as a security guard but who pretends to be a policeman to impress his young son. It world premieres in Shorts Program III. “Family Jewels,” which screens in Shorts Program IV, is a tense, well-acted family drama centering about a husband throwing an unappreciated goodbye party for his wife, who is heading off to war. British writer-director Martin Stitt’s film, which previously played the Venice Film Festival, will make its U.S. premiere at Sundance.

Columbia and NYU both have three student films in this year’s festival. The former is represented by “TUB,” “New Media,” and “Chicken Heads” while the latter offers up “Little Accidents,” “The Visitors,” and “Herbert White.”

“TUB,” written and directed by Bobby Miller, is a soon-to-be-classic urban legend horror story about a young executive whose solo shower-time activities result in a crying baby emerging from the drain. This 12-minute world premiere debuts in Short Program V.

J.J. Adler’s graduate thesis film, “New Media,” is also a world premiere. This 19-minute dark comedy about a middle-aged man’s foray into the viral video arena is part of Shorts Program III. Adler previously won the 2008 Student Academy Award for her documentary short, “Unattached,” which is currently playing on the Documentary Channel.

In the same program is the final Columbia film, the Palestinian/USA production “Chicken Heads” (aka “Roos Djaj”), written and directed by Bassam Ali Jarbawi. The 15-minute film about a boy and a missing sheep previously played the Dubai International Film Festival.

“Little Accidents” from NYU world premieres in Shorts Program V. This working-class story, featuring a desperate pregnant factory worker and the men in her life, has a palpable gritty feel and boasts unforgettable characters. Writer/director Sara Colangelo is currently developing the story into a feature-length project.

And wrapping up the NYU films is one of the few shorts at Sundance helmed by a world-famous name. Actor-turned-NYU-student James Franco wrote and directed “Herbert White,” a 14-minute rural tale of mystery and deception that officially world premieres in Shorts Program III after previewing at Sundance’s Down and Dirty Los Angeles screening a few months earlier. Impressive storytelling makes Franco’s film a definite do-not-miss.