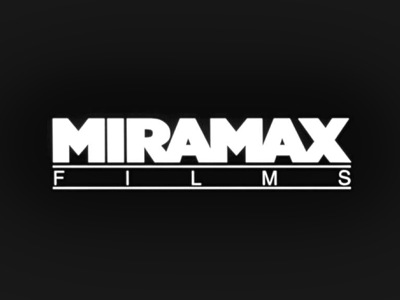 March 3, 2010, Somewhere Over the United States – “I think festivals need to reinvent themselves,” Geoff Gilmore told my colleague Brian Brooks yesterday, during a phone conversation.

Unveiling their anticipated new initiative for distributing independent films, Geoff Gilmore and Tribeca Enterprises have made good on a plan that has been in the works for more than a year. As he left Sundance for New York last February, Gilmore teased plans for “setting up a new paradigm” at Tribeca Enterprises.

Sitting in a conference room at his Greenwich Ave office back in early December, Geoff Gilmore spoke privately about his emerging plans. And then his PR team tried to downplay the initiative even though Tribeca programmers had been in LA talking up the ideas to sellers at the American Film Market.

At that point Gilmore, and colleague Nancy Schafer were still considering films for the new Tribeca Film initiative, but it seemed certain that they would make their move in time for this year’s fest.

Here at indieWIRE, we explored the moves in a column published shortly after the conversation with Gilmore, looking at the future of festivals. As the year came to a close, fests were poised to make some big moves in new directions.

Film festivals have started to fill a gap left by the Hollywood studio specialty divisions that pulled back from releasing indie, foreign and doc titles to niche audiences. In fact, it’s safe to say that festivals will increasingly compete with distribution companies to acquire new movies. Cinequest, Hot Docs, and IDFA have pursued new directions recently, but the Tribeca move this week takes it a step further.

Notably, in just the first few weeks of this year, three leading U.S. fests — Sundance, SXSW and now Tribeca — have started moving into monetizing movies. Tribeca Enterprises is launching Tribeca Film on their own, backed by American Express and with financing from a board member, while Sundance partnered with YouTube back in January and SXSW has developed a relationship with IFC Films that will continue this year, but has yet to be officially announced.

“We’re trying to take it to a whole other level,” Gilmore reiterated during the conversation yesterday.

At a dinner recently, a roundtable of folks bemoaned the lack of strong ‘brands’ for new indie films. Folks remembered fondly the days when the Miramax name attached to a film gave it immediate credibility and stirred interest. Critics and moviegoers were steadily watching an ongoing series of movies curated and marketed by Harvey Weinstein and his team. A boom was built around specialty films that were snapped up at Sundance and then released in theaters months later, at first slowly and steadily around the country and then widely as more marketing dollars were spent to draw larger audiences.

And then, all hell broke loose in the last decade as studio specialty divisions chased Oscars and mainstream moviegoers, spending themselves right out of business in the process. All the while, Sony Pictures Classics, IFC Films, Magnolia Pictures, Zeitgeist, Strand and others have focused on niches. And VOD has become a major focus for releasing smaller films to wider audiences.

Will Sundance, SXSW, and now Tribeca become the new Miramax?

“Trusted filters are going to become more and more critical,” John Sloss told the New York Times yesterday in a piece reporting the new Tribeca initiative. He believes it so strongly that his Cinetic Media, which previously focused entirely on selling films to distributors, has gotten in the game and launched FilmBuff, another new VOD platform for releasing indie films. Earlier this week the company revealed a deal to acquire a pair of SXSW films and will release them concurrent with the Austin fest next week.

So, expect to see a lot of little wanna-be Miramaxes running around, all hoping to replace the real one that eventually closed its doors.

Pondering the death of Disney’s specialty division last fall prompted an indieWIRE column that eventually lead to an omnibus summit session on future distribution solutions, moderated by Peter Broderick and me, at this year’s Sundance Film Festival.

Even indieWIRE is in on this.

Our parent company, SnagFilms, has amassed a library of some 1,000 documentaries and is distributing the movies online to engaged audiences, while also enabling DVD sales.

Company chairman Ted Leonsis has spoken passionately about the need to develop new revenue streams for documentaries, however small in the early days, for fear that alternative movies will stop getting made if they don’t have a direct path to audiences who want to watch them.

The models are evolving.

In the coming months, we’ll do more to showcase new and classics docs on indieWIRE, giving our readers a way to see films via our site. And, we also have to find ways to link our readers – many of them moviegoers and passionate film fans – to the many new platforms that enable watching movies in new ways around the web.

We can be a better filter. We can do more.

Here at indieWIRE we’re also building a gateway to critical views on new films at festivals and in theaters. Our new criticWIRE section is surveying critics and bloggers on the best and worst, giving moviegoers a way to filter films and inviting them to join the dialogue, while also linking to reviews across the web.

Above all, these new platforms and initiatives share an aim of harnessing passion.

Festivals draw engaged moviegoers who build buzz about movies and the events themselves can shine a brighter light on new films before they are lost in the wave of new movies that come from the next fest.

Online and cable VOD platforms are delivering films directly to moviegoers, sometimes during a festival. They are increasingly relying on critics, bloggers, even fans on Twitter and Facebook, to spread the word.

Some filmmakers are diving head first into these new models, others are taking a wait-and-see approach. In the coming months there will be even more examples to consider, case studies to examine and, surely, the approaches will continue to evolve.

The next few months should be quite interesting.