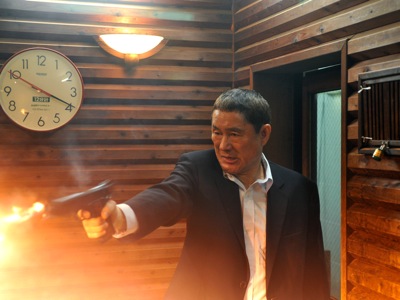 While a big budget Hollywood production will open the 63rd Cannes Film Festival next month, cinema’s most important annual event will debut an array of new films by acclaimed auteurs from around the world. Filmmakers ranging from Jean Luc Godard, Woody Allen and Oliver Stone to Takeshi Kitano, Alejandro González Iñárritu and Gregg Araki will premiere anticipated movies at the annual festival along the French Mediterranean coast.

The lineup for the 2010 event was unveiled in Paris by festival chief Thierry Fremaux. (Note: This article has been updated with additional titles added to the roster)

Stephen Frears, Apichatpong Weerasethakul and Manouel de Oliveira are also on the lineup for the 63rd Festival de Cannes, running May 12th – 23rd in the popular beachside Cote d’Azur convention town in the South of France.

Not on the roster this year is Terrence Malick, at least not yet. The filmmaker’s “The Tree of Life” was tipped as a likely contender this year, but Fremaux said this morning that the film is not on his lineup. He left the door open for the Malick film, or others to be added later, saying that the roster was unveiled a week earlier this year. As many as six more titles are expected to be added to the Cannes Official Selection. Twenty films screened in competition last year, making it likely that four more will be added to that section as the fest approaches. The closing night film has also yet to be unveiled.

Ridley Scott’s “Robin Hood” will kick-off the 2010 Festival de Cannes on March 12th, as was previously announced. Beyond that, press gathered at a Paris hotel today to hear festival chief Thierry Fremaux unveil the fest roster this morning.

It was also announced that French director Claire Denis (“White Material”) will be President of the festival’s Un Certain Regard jury.

“Another Year“
directed by Mike Leigh

“You, My Joy“
directed by Sergei Loznitsa 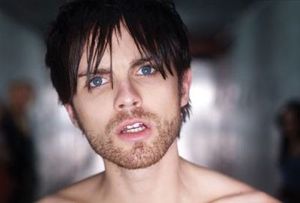 A scene from Gregg Araki’s “Kaboom.”

5:46 AM – As the festival continues, a number of filmmakers confirmed to debut their new films in Cannes. Our reporter Pam Grant just called from Paris with news: Jean Luc-Godard, Alejandro Gonzalez-Innaritu, Abbas Kiarostami.

5:38 AM.- Yesterday, indieWIRE reported a list of 15 films expected to screen at the 63rd Cannes Film Festival.

5:33 AM – A big question this year is whether Terrence Malick’s “The Tree of Life” would debut in Cannes. An industry insider who is not connected with the film told indieWIRE last night that it is not finished and won’t screen at the festival. We may know for sure this morning as we await the announcement of the Official Selection.

5:29 AM – Gael Garcia Bernal will head the jury for the Camera d’Or, honoring the best first features, according to reports.

5:16 AM – The press conference at the Paris-Le Grand hotel is about to begin. indieWIRE’s reporter Pamela Grant said moments ago that one film is already confirmed for the 2010 Cannes Film Festival. Woody Allen’s latest, “You Will Meet a Tall Dark Stranger,” will screen Out of Competition. The film, starring Naomi Watts, Antonio Banderas, Anthony Hopkins, Josh Brolin and Freida Pinto, was tipped as an entry in French language media.

[Pamela Grant in Paris contributed to this story.]

This Article is related to: News and tagged Another Year