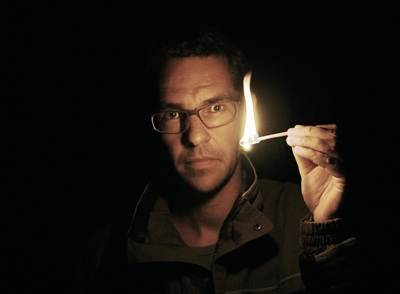 With the nuclear era less than 70 years old, an estimated 300,000 tons of deadly radioactive waste already exist in the world today. Current above-ground storage facilities—subject to natural and man-made disasters—are only temporary solutions to a totally unprecedented problem. Five kilometers below the earth, the people of Finland are constructing an enormous tomb as the final resting place for their share of the waste. Dubbed “Onkalo” (Finnish for “hiding place”), the three-mile tunnel should be sealed by the year 2100 and must remain untouched for at least 100,000 years. One hundred thousand years.

In this poetic, hauntingly beautiful documentary, Danish filmmaker Michael Madsen talks with Scandinavia’s top nuclear energy experts and descends into the murky tunnel with the men who blast the rock, but his treatment of this mind-bending and terrifying subject is more philosophical than academic: How far into the future does our way of life have consequences? How can we warn civilizations of the distant future that the buried treasure of our nuclear era—unlike the pyramids and great tombs of pharaohs—must never, ever be discovered? [Synopsis courtesy of the Tribeca Film Festival]

[Editor’s Note: This is one interview in a series profiling directors whose films are screening at the 2010 Tribeca Film Festival.]

Documentary filmmaker Michael Madsen on what fuels his passion for filmmaking, and how his latest, “Into Eternity,” came to be…

I am a media artist primarily working with documentary. I am interested in the areas of documentary filmmaking where additional reality is created. By this I mean, that I do not think reality constitutes a fixed entity, which accordingly can be documented and revealed in this or that respect. Instead, I suspect reality to be dependent on and susceptible to the nature of its interpretation. I am in other words interested in the potentials and requirements of how reality can be, and is, interpreted and thus understood.

While washing dishes in my kitchen I was distracting myself by listening to the radio and suddenly heard something I never knew about before, something I could not fathom – a massive project to create the world’s first permanent nuclear waste facility capable of lasting at least 100,000 years (the amount of time all nuclear waste needs to no longer be hazardous to humans, animals, plants and all living things on earth). It represents something completely new. And as such I suspect it to be emblematic of our time, and in a strange way out of time, which provided me with a unique vantage point for a documentary.

Madsen on what he sought to explore in the film, and the primary challenge he faced in completing it…

The central challenge the facility, Onkalo (Finnish for ‘hiding place’), faces is to communicate the danger to future generations and thus prevent humans from entering the deadly facility. This is why “Into Eternity” is conceived as a message to the future – exposing the mind-boggling aspects of this endeavour which we are morally obliged to solve. This communication informed all levels of making the film (interviews, cinematography, sound design etc.).

The biggest challenge was to get permission to film the facility from the private company, Posiva, that is constructing it. Secondly, dealing with them.

Madsen on why his film is relevant… 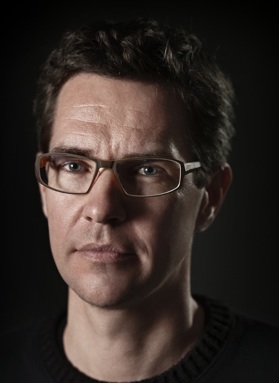 In the wake of the climate debate, in particular the CO2 aspect, nuclear power has entered a renaissance. The one thing not debated is the waste aspect. This problem is not only not solved yet, it may be impossible to solve, because it would mean to know the future of the human race for another 100,000 years, equal to the time the first Homo Sapiens left Africa for the first time. It is important to realize that we all, as members of civilization today, are passing on to the future a deadly material that it never asked for. And the amount of nuclear waste worldwide is growing daily. Many nations use nuclear power and many nations are planning to build new plants. In February, President Obama said the U.S. will build two new nuclear power plants, the first since a notorious accident 30 years ago.

And on his inspirations as a filmmaker…

“Le Samourai” by Melville, “L’Eclisse” by Antonioni, the first “Alien” and “Elephant” by Gus van Sant were inspirational in terms of editing, cinematography and rhythm.

Madsen on what’s next…

I am working on a project called “The Desert” which deals with the question and phenomenon of Civilization. Another, “The Black Forest,” investigates the possible links between modern warfare and modern (western) identity. Finally, “The True Average,” a 3D documentation of an utterly provincial town in Denmark.