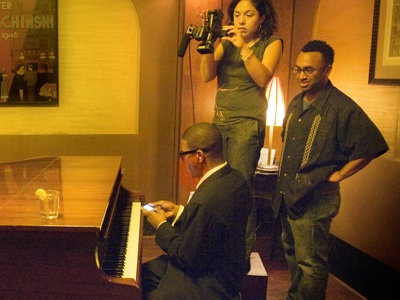 This week, indieWIRE‘s production column spotlights Rodney Evans about his second feature film, “Day Dream.” iW also explores four works-in-progress that went through IFP labs: narratives about the Rwandan genocide, a man dealing with life as a widower, a New York coming-of-age tale, and a documentary about Transylvanian segregation.

EDITORS NOTE: “In the Works” is a weekly column taking a look at upcoming films, in addition to projects in production. It spotlights films in development, as well completed films that are taking creative paths towards distribution and occasionally ventures away from films to look at other types of projects, such as interesting new film distribution, funding, or exhibition mechanisms.

Still high off the experience of taking his film “Brother to Brother” to Sundance in 2004, Rodney Evans dove right back into American Black history and discovered the stories of jazz greats Billy Strayhorn and Buddy Bolden. “Brother to Brother” is an exploration of the Harlem Renaissance and is peppered with the queer sexualities of the major players of the great art epoch. Evans new film, “Day Dream,” about Strayhorn and Bolden, was written after Evans read David Hajdu Billy Strayhorn biography “Lush Life” and Michael Ondaatje exploration of Bolden, “Coming Through Slaughter.” “Day Dream” follows openly gay jazz composer Billy Strayhorn as he searches through New Orleans to discover the myth surrounding jazz legend Buddy Bolden, who spent the last quarter decade of his life in a mental institution.

“I started to research both of their lives and started to think about different threads that I could connect them to make a film,” Evans said. One of the first links was handed to Evans during one of his residencies while writing the film. Someone gifted a copy of “Hey Buddy Bolden,” a tribute to the great written by Billy Strayhorn and Duke Ellington. Shortly thereafter, Evans headed down south to the Hogan Jazz Archives at Tulane in New Orleans. The collection’s oral histories, collected during the 1940s and 50s were instrumental in rounding out the film’s protagonists. Most helpful was the collection of interviews with people who played with or knew Buddy Bolden, who has very little recorded media documenting his life or performances.

On his research process, Evans said, “I feel like I need to do a serious amount of in depth research before I can write. I give myself permission after accruing enough knowledge. It’s an intense amount of research. I build up a base of knowledge; the scenes become really detailed in my mind. The scenes become so clear that I know how they speak; I have to write them down.  I did the same with ‘Brother to Brother.’ It’s a mix of things that they historically said, and some that I’ve made up.”

The script for “Day Dream” was finished in 2007, and soon after completion, Newfest, New York’s LGBT Film Festival, did a stage reading as part of its Newdraft screenplay competition. Evans also got the chance to see how the story would play out on the big screen, with music recorded live on set, when he made a short film out of 10 minutes of the script. Evans shot “Billy and Aaron” in the Netherlands during the Binger Film Lab. The resulting short film was slotted at Tribeca, Newfest, BAMcinemaFEST, Frameline, Outfest, and more.  On taking the selected scenes from his script out as its own film, Evans notes, “You can show people what it’s gonna feel like. You can show them this ten minute short and it gives people a hunger for the story. People are supportive and want to see the rest of it. It’s been a galvanizing experience as a filmmaker.”

With the short making its festival rounds now, Evans is concentrated on getting the film shot on location in New Orleans by the end of the year. Shelby Stone, who produced HBO “Lackawanna Blues” and “Boycott” is on board, as is UK-based Quark Films. Already signed onto the cast is the star of “Brother to Brother,” “The Hurt Locker”‘s Anthony Mackie, who will play Strayhorn. Though casting a gay character was a problem for “Brother to Brother,” Evans had an easier time this go-round, with Mackie stepping up to the role quickly. In fact, during auditions for “Brother to Brother,” Mackie was the only actor who insisted he be considered for the lead (gay) role. Bolden will be played by Idris Elba of “The Wire,” and Aunjanue Ellis is slated to play Bolden’s wife.

Evans hopes to finish the film so that it is ready to premiere in the fall of 2011. If you’d like to contact Evans with regards to “Day Dream,” he invites emails to rodneyevans@earthlink.net.

More projects, this week all from IFP Narrative and Documentary Labs:

Logline: During the Rwandan genocide, some crossed the lines of hatred to protect each other. These are their stories. 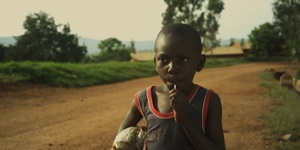 An image from Ishmael Ntihabose’s “Kinyarwanda.” [Image courtesy of filmmaker]

About the film: “Ishmael Ntihabose, a young Rwandan filmmaker, has followed my career for years on the Internet. We exchanged emails during that time. About a year ago he contacted me after getting a grant from the European Commission on Human Rights to produce a film. I was in Rwanda a few months later working on a script based on one of his stories. As I met survivors (many on our crew) I gathered their true stories and worked them into the script. We wanted to tell a story about the genocide that the world has yet to see. And we did. In the months that followed I worked with Ishmael and a crew of our colleagues from the US, UK, France, and Rwanda to bring the film to life. Under extreme circumstances, with little time and little money we were able pull it off.” — Alrick Brown

Current status: The film is currently in post-production. The editor is hard at work, and the production team is trying to raise funds for post and to cover outstanding debts. The team plans to screen the film in Rwanda for free and to do its best to get the film a wider distribution across the world.

For more information and to support the film: Visit the film’s website here.

I’m Not Me
Narrative

Logline: “I’m Not Me” is the story of a grieving man who through unique circumstances is given a second chance at life with his dead wife.

An image from Zak Mulligan & Rodrigo Lopresti’s “I’m Not Me.” [Image courtesy of filmmakers.]

About the film: “We began shooting short vignettes shortly after Zak bought his Red One camera. These became known as doodles as they were done quickly and without any pre-planning. Over a period of months we amassed a series of these doodles that were interrelated but not fully connected and at a certain point we laid those to rest when we realized we had a bigger story to tell. That’s when we wrote the technical script and began casting. Some of the film was shot in one 10 day stretch with the rest being shot a few days at a time as everyone’s schedule allowed – that’s how we kept the budget low but the quality high; we took our time with everything, but it took use forever to finish it.” — Zak Mulligan & Rodrigo Lo

Current status: The film is in a rough cut stage and a few more scenes are being added. The team hopes to lock the edit soon and move onto sound and score.

For more information and to support the film: Visit the film’s website here.

Yelling to the Sky
Narrative

Logline: In a depraved New York City family, Sweetness O’Hara spends the better part of being seventeen navigating an identity between the known: a violent life of emptiness and the unknown: a life of purpose and meaning. 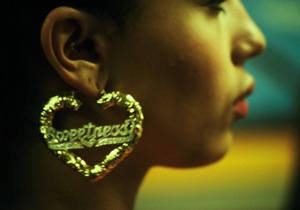 An image from Victoria Mahoney’s “Yelling to the Sky.” [Image courtesy of the filmmaker.]

About the Film: “The most primal theme of all time, connecting every single one of us, with or without children, with or without parents, with or without siblings; is the ache for safety by way of — family. Regardless of whether it’s the ‘family we’re born with’ or the ‘family we make,’ this need connects us all, beyond matters of gender, race or economy. Our hunt and responsibility as storytellers, was to reflect that sameness.” — Victoria Mahoney

Logline: Roma (“Gypsy”) children struggle to break the barriers of segregation in a small Transylvanian town. 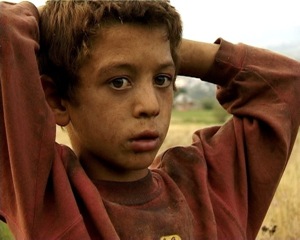 An image from Mona Nicoara’s “Our School.” [Image courtesy of the filmmaker.]

About the film: “Growing up in Romania, I was exposed to Roma (usually referred to in Romanian by the derogatory name of ‘tigani’) in much the same way as most Romanians. Living side by side with Roma, I saw them on a daily basis, yet rarely came into direct contact with them. I heeded widespread prejudice about Roma tricking and stealing, was disturbed by the sight of Roma begging in the streets, and tried to disassociate myself from what seemed to be a stubborn rejection of middle-class, majority values. But as a young adult coming of age at the time of the Romanian Revolution and riding on the wave of human rights activism that followed it, I came to view Roma as victims of widespread prejudice and unbounded discrimination. Separate schools for Roma children appeared in this context as the ultimate scandal of racism, an unofficial and little known form of Apartheid designed to ensure undisputed domination of non-Roma over Roma.” — Mona Nicoara

Current status: After shooting for four years, the film is now in post-production.

Also currently in the works:

Chris Albrecht, formerly the head of HBO and now at the helm of Starz, is in development of a U.S. adaptation of an Australian TV drama, “Underbelly.” The original series documented the gang war between 1995 and 2004 in Melbourne and caused quite a stir in its home country.

Charles Martin Smith is set to direct Donald Sutherland and Brendan Gleeson in the Canadian historical period piece, “The McLean Boys,” about three brothers growing up as part of the colonizing force in 1879 British Columbia.

Bryce J. Renninger, an indieWIRE contributor in the New York office, is also the shorts programmer for NewFest and is pursuing a Ph.D. in Media Studies at Rutgers University. He can be reached via Twitter.

[Editor’s Note: The writer programmed Rodney Evans’ “Billy and Aaron” to screen at NewFest and has been the coordinator for the past two years of NewFest’s NewDraft screenplay competition, for which Evans did a reading in the program’s inaugural year.]

This Article is related to: Toolkit and tagged In The Works, Queer Cinema, Toolkit