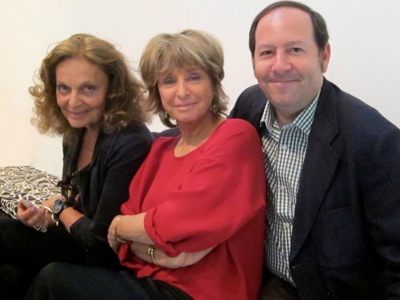 Talk of “Summer Mode” is common this time of the year, when people are looking to escape town on weekends and the “work” of film appears to be on the back burner. But this week, quite a few events took place here in New York and around the country. At any given time on any day, of course, there are multiple events somewhere, but this is our snapshot of events iW attended or solicited photos from. BAMcinemaFEST got underway with a screening of Jay and Mark Duplass’ “Cyrus.” The film’s stars including John C. Reilly and Marisa Tomei attended the Brooklyn event and they joined the filmmakers for a separate screening of the Sundance ’10 feature co-hosted by publicist Andrew Saffir’s Cinema Society in Manhattan.

Also in Gotham, the 21st Human Rights Watch Film Festival opened Thursday night with East Timor drama “The Balibo Conspiracy,” which was banned in Indonesia. The serious film was followed by a stylish reception upstairs from the Walter Reade Theatre in the Kaplan Penthouse at Lincoln Center.

Joan Rivers was on hand to receive her accolades from the gays at NewFest, NYC’s LGBT film festival. Ricki Stern and Annie Sundberg’s doc, “Joan Rivers: A Piece of Work” screened as a Centerpiece at the festival, and the large venue at Chelsea’s SVA Theater was packed with each attendee paying $50 a pop. Joan and Stern took to the stage in a Q&A moderated by Michael Musto. (She said her husband was gay, but we couldn’t quite tell if that was just meant to be a joke).

The Seattle International Film Festival continued its long event honoring actor Edward Norton. Norton gave his take on the art of acting, commenting, “It’s weird. When you work on a lot of films over the years, you put a lot of focus into each one, and try to channel something specific, and then when it’s over, it kind of just moves through you.”

And Joran Van Der Sloot is no longer the most famous thing to come out of Aruba. The Caribbean island’s 1st Aruba Film Festival launched and from what it sounds like – it should become a favorite on the fest circuit. Of course azure blue waters and swaying palm trees at a lux resort doesn’t hurt either. Richard Gere took the inaugural fest’s tribute and seemed sold on the event. “You have such beautiful people… and such a beautiful island. You also have an extraordinary opportunity here to make a real paradise,” he told the crowd.

[Contact indieWIRE if you’d like to submit a photo from a film event in upcoming editions of iPOP this Summer.]