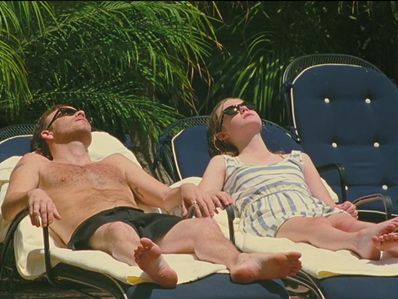 The Venice Film Festival has announced the full program for its 67th edition, which will run September 1-11, 2010. Twenty-two films have been set to compete for the coveted Golden Lion, which in the recent past has been awarded to Samuel Maoz’s “Lebanon,” Darren Aronofsky’s “The Wrestler” and Ang Lee’s “Lust, Caution.” The list offers much of what was generally expected for the fest, with a few notable omissions.

American productions were very well represented, with new works from Sofia Coppola (“Somewhere”), Kelly Reichardt (“Meek’s Cutoff”), Vincent Gallo (“Promises Written in Water”), Darren Aronofsky (previously announced fest opener “Black Swan”) and cult figure Monte Hellman (“Road To Nowhere”) all heading to the Lido. Other highlights included new works from Julian Schnabel, Francois Ozon, Saverio Costanzo, Abdellatif Kechiche, Takashi Miike, Tom Tykwer and Álex de la Iglesia. Not present, however, was Terrence Malick’s anticipated “The Tree of Life.” There was considerable speculation as to whether the film would make it into the lineup, and now some folks are suggesting it may end up screening in Toronto only. That said, Venice has said one more title will be added to the competition mid-way through the fest.

Comparing the list to indieWIRE‘s wishlist, other notable films not on the list include David O. Russell’s “The Fighter” and the Coen Brothers’ “True Grit” (though neither were seen as sure bets going into the announcement).

The complete list of announced titles is listed below. Check out Anne Thompson’s take on the lineup here.

“Attenberg” (Greece)
Director: Athina Rachel Tsangari; Cast: Giorgios Lanthimos, Vangelis Mourikis, Evangelia Randou
This hard-to-describe picture from an associate producer of “Dogtooth” has something to do with “a pair of girls, two scooters, a father, a Volvo, one foosball table, Sir David Attenborough, Alan Vega and the Suicide, and then a man in black who comes to town,” according to Ioncinema.com.

“Black Swan” (USA) [Film Page]
Director: Darren Aronofsky; Cast: Natalie Portman, Mila Kunis, Winona Ryder, Barbera Hershey
Aronofsky’s eagerly awaited follow-up to “The Wrestler” features Portman as a dancer in a New York City ballet company thrust into the starring role of “Swan Lake” after the prima ballerina (Winona Ryder) is replaced. But Portman’s character has a challenger of her own, a newcomer played by Kunis. The lead in “Swan Lake” requires a dancer who can play both the innocent “White Swan” and the dark “Black Swan”; Portman is perfect for the former, but Kunis is perfect for the latter.

“Black Venus” (France)
Director: Abdellatif Kechiche; Cast: Alix Benezech, Mirabelle Kirkland, Olivier Gourmet, Vanessa Le Gallo
After winning a special jury prize for “The Secret of the Grain” in 2007, Kechiche returns to Venice with this “Elephant Man”-esque tale of a South African woman whose oversized features made her a popular circus freak in 19th century Europe.

“Miral” (USA/France/Italy/Israel) [Film Page]
Director: Julian Schnabel; Cast: Freida Pinto, Alexander Siddig, Willem Defoe, Hiam Abbass
Schnabel’s follow-up to the acclaimed “The Diving Bell and the Butterfly” covers the breadth of the fraught history of the Israeli-Palestinian conflict through two stories: one chronicles Hind Husseini’s (Abbas) real-life quest to build an orphanage for Palestinian children in the wake of the establishment of Israel in 1948. The other follows Miral (Pinto), a young Palestinian woman who grew up in the orphanage, who is torn between violent and non-violent responses to the Occupation.

“Noi Credevamo” (Italy)
Director: Mario Martone; Cast: Luigi Lo Cascio, Valerio Binasco, Francesca Inaudi, Guido Caprino
Nominated for the Golden Lion in 1997 for “The Vesuvians,” Martone returns to Cannes with this film about political violence during the struggle for Italian unification in the mid-1800s. Comparisons to Luchino Visconti’s similarly themed masterpiece “The Leopard” are inevitable.

“Post Mortem” (Chile)
Director: Pablo Larrain; Cast: Alfredo Castro
Larrain and his “Tony Manero” star Castro reteam in this historical drama about a man who works in a morgue typing autopsy reports during the chaos of the 1973 military coup in Chile. Obsessed with his neighbor, a cabaret dancer who disappeared during the chaos, Mario (Castro) wanders the streets in search of his beloved.

“Silent Souls” (Russia) [Film Page]
Director: Aleksei Fedorchenko; Cast: Igor Sergeyev, Yuriy Tsurilo, Yuliya Aug, Victor Sukhorukov
Based on a short story by Denis Osokin, Fedorchenko’s melancholy drama relates the journey of a man and his companion, who travel to a river with the remains of his companion’s late wife. Fedorchenko won the Venice Horizons Documentary Award for “Pervye na Lune” in 2005.

“Three” (Germany)
Director: Tom Tykwer; Cast: Sophie Rois, Sebastian Schipper, Devid Striesow
After “The International” and “Perfume: The Story of a Murderer,” Twyker returns to making German-language features with this comic drama about two partners in a couple who separately fall for the same man.

Controcampo Italiano Out of Competition

[Micah Sachs contributed to this article.]

This Article is related to: News and tagged Venice Film Festival