Spirit Awards Head Back to the Beach in 2011 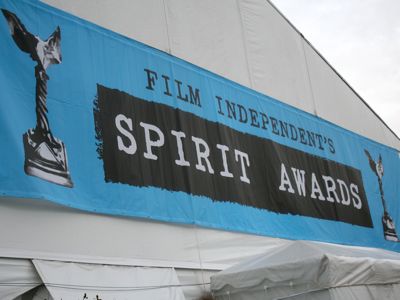 After a brief foray to downtown Los Angeles last year, Film Independent the non-profit arts organization that produces the Spirit Awards and the Los Angeles Film Festival, is returning the 2011 Spirit Awards to its traditional Saturday afternoon on February 26 at the beach in Santa Monica. Nominations for the next Spirit Awards will take place November 30, and all past Spirit Award winners and nominees will be eligible to vote for this year’s winners.

Last year, the annual awards show took place at L.A. LIVE adjacent to the Staple’s Center and also moved its other major annual event, the Los Angeles Film Festival, to the location in June. At the time, Film Independent called the move “reflective of the festival’s continued growth and its efforts to embrace the cultural diversity and energy of Los Angeles.” As announced recently, LAFF will take place downtown LA next June.

“We are delighted to return to the Santa Monica beach for our 26th Spirit Awards, and look forward to celebrating the afternoon with the nominees and our filmmaking community,” commented Film Independent Executive Director Dawn Hudson in a statement. “We have assembled a magnificent team with our longtime broadcast partner IFC, Dick Clark Productions, and new executive producer Audrey Morrissey to deliver a fun show that recognizes the bold work of these independent filmmakers.”

This Article is related to: Awards and tagged Spirit Awards