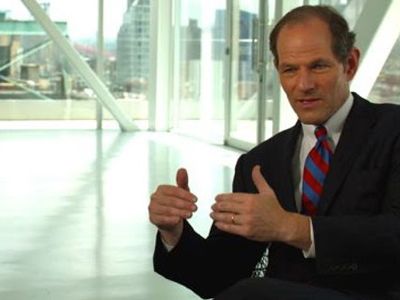 The Academy of Motion Picture Arts and Sciences have named 15 films that made the short-list in the Documentary Feature category for the 83rd Academy Awards, whittling the number down from a record 101 that had originally qualified (89 qualified last year).

In what is largely being considered a landmark year for the medium, the Academy characteristically got many things right, and many things wrong. Frontrunners Charles Ferguson’s “Inside Job,” and Davis Guggenheim’s “Waiting For ‘Superman” were joined by the generally favored and worthy likes of Tim Hetherington and Sebastian Junger’s “Restrepo,” Alex Gibney’s “Client 9,” Josh Fox’s “Gasland,” Rob Lemkin and Thet Sambath’s “Enemies of the People,” Lucy Walker’s “Waste Land” and Amir Bar-Lev’s “The Tillman Story.”

Bansky’s “Exit Through The Gift Shop,” which no one seemed quite sure how to measure in terms of its chances (it has an anonymous filmmaker, after all), also made the cut, which was a relatively advanced decision considering the Academy’s archaic history here.

On the other hand, many had foreseen the deserved likes of Laura Poitras’ “The Oath,” Yael Hersonski’s “A Film Unfinished,” Frederick Wiseman’s “La Danse,” and Lixin Fan’s “Last Train Home” getting in, each of which are certainly among the year’s best docs. Other unfortunate omissions included “Joan Rivers: A Piece of Work,” “12th and Delaware,” “Armadillo,” and Werner Herzog’s 3-D “Cave of Forgotten Dreams.”

The 15 films that made the list are listed below in alphabetical order by title, with their director and production company:

The 83rd Academy Awards nominations will be announced on Tuesday, January 25, 2011, at 5:30 a.m. PT in the Academy’s Samuel Goldwyn Theater.

This Article is related to: Awards and tagged Academy Awards, Documentary, Exit Through The Gift Shop