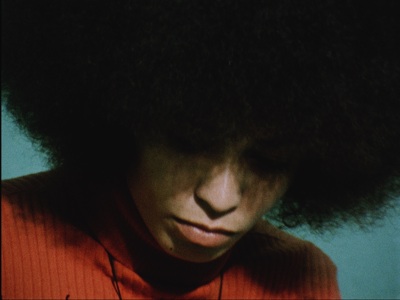 This year’s 12 films were selected from 796 international documentary submissions.

An African Election/Ghana, Switzerland, U.S.A. (Director: Jarreth Merz) — The 2008 presidential elections in Ghana, West Africa, serve as a backdrop for this feature documentary that looks behind the scenes at the complex, political machinery of a third-world democracy struggling to avoid civil war and establish stability for good. North American Premiere

The Blackpower Mixtape 1967-1975/Sweden, U.S.A. (Director: Göran Olsson) — From 1967 to 1975, Swedish journalists chronicled the Black Power movement in America. Combining that 16mm footage, undiscovered until now, with contemporary audio interviews, this film illuminates the people and culture that fueled change and brings the movement to life anew. World Premiere

Family Portrait in Black and White/Canada, Ukraine (Director: Julia Ivanova) — In a small Ukrainian town, Olga Nenya, raises 16 black orphans amidst a population of Slavic blue-eyed blondes. Their stories expose the harsh realities of growing up as a bi-racial child in Eastern Europe. World Premiere

The Flaw/United Kingdom (Director: David Sington) — Within a few months in 2008, several American financial institutions failed, and before you knew it the U.S.A. was in the red. An imaginative blend of archive, animation and personal stories delivers a devastating indictment of the unfettered capitalism which has led to crippling, catastrophic income inequality in the land of the free. North American Premiere 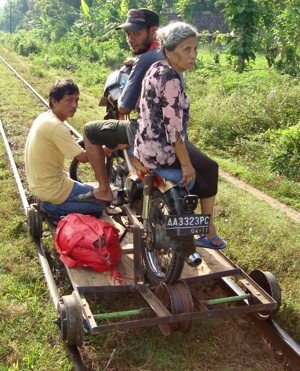 A scene from Stand Van De Sterren’s “Position Among the Stars.” [Photo courtesy of the Sundance Film Festival]

Hell and Back Again/U.S.A., United Kingdom (Director: Danfung Dennis) — Told through the eyes of one Marine from the start of his 2009 Aghanistan tour to his distressing return and rehabilitation in the U.S., we witness what modern “unconventional” warfare really means to the men who are fighting it. World Premiere

Position Among the Stars (Stand Van De Sterren)/Netherlands (Director: Leonard Retel Helmrich) — The effects of globalization in Indonesia’s rapidly changing society ripple into the life of a poor Christian woman living in the slums of Jakarta with her Muslim sons and teenage granddaughter. International Premiere

Project Nim/United Kingdom (Director: James Marsh) — From the Oscar-winning team behind Man on Wire comes the story of Nim, the chimpanzee who was taught to communicate with language as he was raised and nurtured like a human child. World Premiere

Senna/United Kingdom (Director: Asif Kapadia; Screenwriter: Manish Pandey) — The story of the legendary racing driver and Brazilian hero Ayrton Senna takes us on the ultimate journey of what it means to become the greatest when faced with the constant possibility of death. North American Premiere