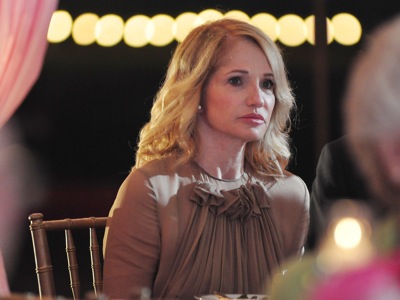 A wedding at her parents’ Annapolis estate hurls high-strung Lynn into the fire of primal, Byzantine family dynamics. It’s the wedding of Lynn’s son, whom she was deprived of raising because of her acrimonious divorce, and a feud still rages between Lynn and her ex-husband’s hot-tempered wife. Meanwhile, the three children Lynn did raise display a panoply of disturbing behaviors like cutting and drug addiction, which Lynn’s mother and sisters alternately ridicule and blame her for. As Lynn attempts catharsis, her mother sweeps issues under the rug, but painful truths bubble and spurt. Clan members deploy ricocheting arrows to protect themselves—and wound others—as the fine lines between victims and perpetrators blur.

Many films have tread the terrain of upper-class family dysfunction, but few marshal as much sensitivity, rawness, and truth—and few performances penetrate as deeply as those of Ellen Barkin, Ellen Burstyn, and Ezra Miller as they navigate the emotional minefields of unmet needs that span generations. [Synopsis courtesy of the Sundance Institute]

An outlet since childhood…

As a child I’m sure I was no different from any other human being struggling to navigate the difficulties and complexities of their childhood and adolescent years. I feel it’s a time when all of us need an escape, a place where we can leave the world behind and just disappear. For me, it was film.

An evolving work in progress…

I never had an idea as to what this film would be or how it would evolve. It’s evolution was simply scene to scene. When I write, I have certain emotions that are present within me at the time that I’d like to explore, but mainly I create a character or characters and then allow them to lead the way. At this point in my writing, I want my characters to create the structure, the plot, their circumstances and their reactions. All I do is try to find the truth of character and follow it to it’s most honest conclusion. It’s exciting for me as a writer to not know what the next page or scene holds. It seems natural. If I am as true as I can be to a character I usually find that it flows from there. At this point, it is the foundation of my writing. I’ m 25 years old. Even though the central character might be a 50 year old woman, she is dealing with the same issues that I find myself dealing with… Except from her point of view. It might seem to make more sense to have her teenage son, Elliot, be the engine of this film, but I just found that Lynn with Elliot close behind was the best way for me to explore the films themes. While Elliot might be the conscience of the film, it is Lynn who brought him there.

The strong influence of Mike Nichols and Woody Allen…

I guess it goes back to what I said about fanatically watching films since I was very young. I began to see to the film in my head and then as a reference point, I watched certain films, each of them for different reasons, but all of them had aspects of the way I wanted to shoot this film. There was nothing haphazard here, and this is not a criticism of any other style of filmmaking but I never had any thoughts of shooting this film in a verité style. I always saw this film as somehow, “formally informal.” I am in no way comparing my film to these, but I went back again and again, to three extremely different types of films. I watched. “Who’ s afraid of Virginia Woolf,” directed by Mike Nichols, “Hannah and her Sisters,” directed by Woody Allen and “Carnal Knowledge,” again Nichols…

With “Virginia Woolf,” 90% takes place inside a house with four characters going through a very extreme emotional experience, together and separately. Nichols and his cinematographer Haskell Wexler, accomplished something by their use of a very deep depth of field, by keeping several, if not all the characters on camera and in focus, simultaneously, allowing the audience the privileged of experiencing the impact of a moment in real time. So in other words you don’ t hear a line and then cut to another character for their reaction… He lets the audience find their way. Nichols is a director who has enormous respect for his audience. He trusts that the characters and the story will get them to where he wants to be. He is not a director who chooses to manipulate an audiences’ emotions. This is something that is very important to me.

With “Hannah and her Sisters,” Woody Allen and DP Carlo Di Palma allow their characters to seamlessly navigate their way through a space (and the film) the same way people would in reality… Therefore infusing a sense of realism that one would witness in real life. If someone is on camera, great, if they’ re not, fuck it. You still hear the character.

And “Carnal Knowledge” is… maybe the most ‘ effortless looking’ example of how cinematography when well integrated with character can push a story forward without ever acknowledging itself. In this sense, Nichols and DP Giuseppe Rotunno created a masterpiece. The audience is never taken out of the story, by the choreography of a brilliant shot. It just becomes part of the landscape.

With that all that said, knowing the constraints that shooting 90% of a film inside one house would place on us, I worked extremely close with our Cinematographer, Ivan Strasburg and our Production Designer, Michael Grasley. 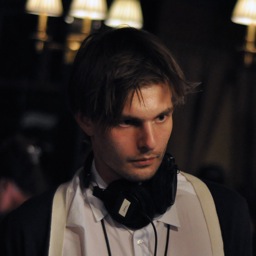 So Michael started by drawing, to scale, floor plans that Ivan and I could look at and begin a shot list. He also designed a 3-dimensional replica of the house, so we could trace the trajectory of the characters and camera within the house. This was enormously helpful, because we were then able to shoot in a practical and intelligent way… aware of the dimensions of each room, how we could light it, and how we “ predicted” the action of a given scene would unfold.

Ivan and I decided immediately we would shoot 3perf Super35 due to the fact that we would be working with about 6-12 actors in the majority of scenes and wanted to let the audience decide what they should focus on. In the last 10-15 years a certain television aesthetic has been forced on cinema. The judicious use of the close-up has completely disappeared in film and so has its power. It truly hinders performance, because actors are only limited to acting with their face. So Ivan and I really tried to combat that with the way we shot this film. We wanted a broad canvas, one that felt like real life, in essence, “devoid of manipulation.”

I also wanted to create a vast moral gray area. So I felt that we shouldn’t force characters’ perspectives on our audience, because what a character sees is always tainted by their judgments. All of this was necessary in order for the film to unfold with the violent pace of reality and for emotions to sideswipe us.

I also knew that the pacing of this film would rely mainly in the sound… Because of the amount of dialogue and the amount of masters we shot. Luckily, Felix Andrew, one of the greatest sound mixers, jumped on board. Because of his work, I felt extremely confident in his ability to allow the “ dirtiness” of life and language to enter the film without ever sinking below the mud.

The biggest challenge in developing this project is the fact that very few people feel confident about investing in a film, directed by a first timer with a script that stars mainly women over a certain age. The ‘ first time director’ hurdle I understand, the latter, I do not.

The main thing I tried to create was a feeling of comfort and freedom for the actors and the crew. This meant making the entire house a live set. We got rid of “video village,” so our 1st AC and Sound Mixer weren’t constantly distracted and people who weren’t essential to the production itself had no ability to just sit back and watch the film unfold on a monitor. An actor’ s process is extremely complex and I feel very strongly that the idea of people watching that process come to life from “box seats,” it’s extremely detrimental to that process. We are all finding our way. It makes what’s already an extremely vulnerable process all that more humiliating when you know someone, somewhere is watching that evolution. I feel it is a director’s chief responsibility to protect their cast and crew, and “video village” is the biggest knife in the belly to that responsibility.

A visceral story with an emotional hook…

I wouldn’t begin to presume how the audience at Sundance would take to the film. All I know is this story is an emotional one, and emotions no matter how dense or complicated they may be… are very easy to connect with, because they operate on a visceral level. You may not be able to explain it, but you feel it. And if people feel their way through this film, then I have done my job.