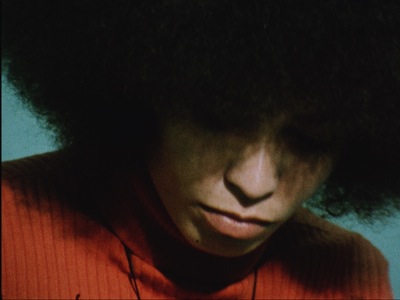 From 1967 to 1975, fueled by curiosity and naïveté, Swedish journalists traversed the Atlantic Ocean to film the black power movement in America. “The Black Power Mixtape 1967–1975” mobilizes a treasure trove of 16mm material, which languished in a basement for 30 years, into an irresistible mosaic of images, music, and narration to chronicle the movement’s evolution. Mesmerizing footage of Stokely Carmichael, Bobby Seale, Huey P. Newton, Angela Davis, and Eldridge Cleaver, as well as Black Panther activities, are peppered with B-roll footage of black America. These scenes take on a fresh, global angle through the outsider perspective of the Swedish lens.

Meanwhile, penetrating commentaries from artists and activists influenced by the struggle—like Harry Belafonte, Sonia Sanchez, Talib Kweli, Erykah Badu, and Professor Robin D. G. Kelley—riff on the range of radical ideas and strategies for liberation. Their insights and the vibrancy of the unearthed footage render the black power movement startlingly immediate and profoundly relevant. [Synopsis courtesy of the Sundance Institute]

As a kid, all my friends played in bands. I was into film and art like Andy Warhol’s Factory scene, etc. At age 19, I was working at the Swedish Broadcast Company´s Youth Department, and met filmmaker/artist Jonas Mekas at a restaurant in Stockholm. Meeting maestro Mekas opened up the possibility to combine substantive facts with something that was also connected to poetry and music – in an independent milieu. Since then I have been making films with my friends.

The film is what I call a “mixtape” – not a “remix.” This “mixtape” is riffing on the 70s style of sharing music like we used to do on cassettes back in the day. But here in this instance, I am sharing film, and sharing this new found archival footage with a whole new world. I wanted to keep the exact feeling of that time period and of the material intact and not cut it into pieces. I wanted to respect not only the people in the images, but also the filmmakers who interviewed and filmed them. It was important to keep that same feeling of sincerity, hopefulness and courage that was prevalent in the footage and of that time. 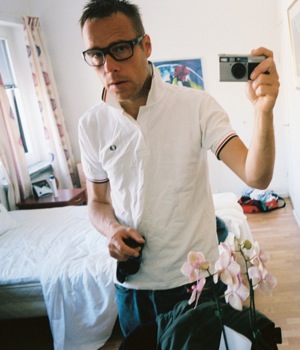 In my opinion, the people in the film changed the world for the better – not only for Black people in America, or any other marginalized group, but for all people. These leaders and risk takers showed us all that you cannot just sit around and wait for someone to give you your rights – you have to stand up and realize them. This is your duty. And this goes for every individual, even if you are a white middle class male living in Sweden. It is about self-empowerment, as well as empowering others.

On what got left out…

The hardest part of making “The Black Power Mixtape 1967-1975” was to leave out wonderful material that didn’t fit into the storyline. For example, incredible Swedish footage from a film about the Shirley Chisholm campaign in 1972 I had to leave out. I still have sleepless nights for cutting it out. Maybe we can find a way to include it on the Extras.

The biggest moment for me was meeting Angela Davis, whom I really did idolize. She´s so great. And she´s funny! I felt kind of chastened presuming she was solely this ultra-serious scholar, only to find out she was humorous, witty and a very warm person.

Also, recording Erykah Badu in a very small closet at NBC studios in New York saying some profound and thought-provoking things was another highlight for me. It was one of those moments as a filmmaker that will forever stay with you. But really every interview and every experience in making this film has been incredible.

My aim with this film was simple: to take this fantastic footage of these super interesting people who changed the world from the archive and bring it to an audience. I do not care if the audience is made up of students, senior citizens or Sundance film buffs. I just want to create the opportunity for others to access a piece of this very important moment in history. I think the audiences who will see “The Black Power Mixtape 1967-1975” will be moved, as I was when I first discovered this footage. I am hopeful that we can take lessons from these brave souls and apply it to our own lives now. And for our film to be at Sundance is great! This festival is one of the best springboards for creative documentaries aiming at multiple audiences, and particularly younger audiences.