The 2011 Miami International Film Festival wrapped this weekend, concluding nine days of over 100 films from 30 countries screening across Miami-Dade county. Denis Villeneuve’s Oscar-nominated “Incendies” helped do so on Saturday night, screening as the festival’s “Awards Night Centerpiece” following a ceremony that handed out various prizes to films at the fest.

Among the winners was “Marimbas From Hell” (Las marimbas del infierno), directed by Julio Hernández Cordón, which took the top juried prize for Ibero-American Competition. The Guatemala/France/Mexico co-production had premiered at last year’s San Sebastian Film Festival and was billed in Miami as “surely the world’s first Guatemalan heavy-metal marimbas movie.” It tells the story of Don Alfonso, a deliveryman who also plays marimbas, the traditional Guatemalan instrument. Don ends up approaching an underground heavy-metal legend, Blacko, suggesting the two fuse their styles. What results is a distinct Guatemalan story that represents one of the things that the Miami International Film Festival clearly does best: showcase great Latin American cinema.

“Over the years, you always program what the best films are no matter where they come from,” Miami International Film Festival Executive Director Jaie Laplante told indieWIRE. “Some years are stronger for Latin films than others, but I was very fortunate that this year was such an extraordinary year. I was really able to infuse the festival with films from nearly every country in the Latin America diaspora.”

Another highlight was Spanish-Cuban co-production “Half of Oscar,” which won a special jury prize, and Haitian-set “Jean Genti,” written and directed by the husband-and-wife team of Israel Cárdenas and Laura Amelia, which won the Screenwriting Award. 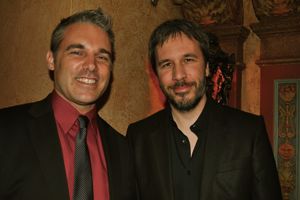 Other juried prize winners included Zhang Meng’s “The Piano in a Factory,” which won the top prize in the World Competition, and Nir Bergman’s “Intimate Grammer,” which won a special jury prize (indieWIRE profiled the film from the fest). The documentary section saw Steve James’ widely acclaimed “The Interrupters” – which tackles a year in the life of three Violence Interrupters who try to protect their Chicago communities from the violence they once employed – take the top juried prize, while Marshall Curry’s “If a Tree Falls: A Story of the Earth Liberation Front” won a special jury prize.

“The Interrupters” and “If a Tree Falls” were two of the films that came out of a revamped documentary section that was just one of the many elements of the this year’s festival that represented considerable transition for the 28-year-old festival, which just under half a year ago hired a new executive director in Laplante, a former co-director of the Miami Gay & Lesbian Film Festival and current director of the South Beach Food & Wine Festival.

“I’m very gratified from the response to the festival, both from the filmmakers and the audience,” Laplante told indieWIRE Saturday. “I received a lot of great warmth from our audience. I came on board late in the timeline this year – just four months before the festival started. But I’ve lived here for 12 years, and I’ve seem the festival go through a lot of incarnations, so I came in with a lot of ideas that I wanted to implement. I put of a few of them forward this year, and I think they worked out for the most part really beautifully. But I look forward to continuing to develop the future of the festival.”

Among those changes was a general audience award that applied to all films (whereas previously there were separate audience awards for each competition section); experimenting with new venues and parties, including a Paella Party that evolved from Laplante’s experiences running the South Beach Wine & Food Festival; as well as bringing in Toronto International Film Festival doc programmer Thom Powers to revitalize MIFF’s documentary programs. Laplante and Powers together came up with “Doc-You-Up,” an initative that expanded beyond the competition to highlight all the films they felt were “bracing and original visions.” Films in the program included recent fest favorites like Janus Metz’s “Armadillo,” Morgan Spurlock’s “The Greatest Movie Ever Sold,” Steve James’ “The Interrupters,” Marshall Curry’s “If a Tree Falls: A Story of the Earth Liberation Front,” David Weissman’s “We Were Here,” and James Marsh’s “Project Nim.” 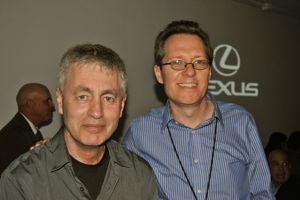 “I’m grateful to Jaie Laplante for creating MIFF’s new Doc-You-Up section and supporting my efforts to expand the documentary audience,” Thom Powers told indieWIRE. “For me, the highlights include screening ‘The Sound of Mumbai: A Musical’ on the outdoor wall of Frank Gehry’s New World Symphony building; hosting Morgan Spurlock with ‘The Greatest Movie Ever Sold’; reviving the cinema verite classic ‘Mooney vs. Fowle’ on its 50th anniversary; and giving Steve James’ ‘The Interrupters’ its first jury prize. Jaie has only been in his job for half a year, but he’s already shown the potential for MIFF to rank among Miami’s other great festivals such as the Book Fair, Food & Wine and Art Basel.”

Going forward, Laplante is very optimistic about the potential the festival has.

“Miami Beach is a gorgeous location and this is a gorgeous time of year,” Laplante said. “So celebrating our location and celebrating this as a beautiful place to come and see extraordinary films is something that I would like MIFF to become known for. I really feel like there’s a lot of similarities between this city and its venues with Cannes. We don’t have the Palais here, but we do have the beautiful beaches and the extraordinary weather and the glamour that is there. So I’d like to utilize that in our own unique way… A smaller, Latin way…”

This Article is related to: Festivals and tagged Features, Miami International Film Festival, The Interrupters