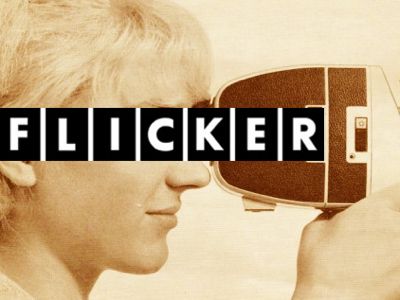 This Sunday at the Southpaw in Brooklyn, Flicker NYC – the only Super 8 film festival in New York – will celebrate its 10th anniversary. The event is the brainchild of David Teague, editor of the Academy Award-winning doc short Cynthia Wade’s “Freeheld” and Jennifer Redfearn’s “Sun Come Up,” which was nominated in the same category at this past year’s Oscars. Teague himself is no stranger to Super 8 filmmaking. He started making his own films in college, the first of which was a short documentary that screened at a Super 8-specific event in his native North Carolina. Inspired by that festival, he started a New York chapter in 2001.

“For a lot of filmmakers in history, Super 8 was their entry into filmmaking,” Teague said. “And that was true for me too. So the idea of starting a show that would focus on Super 8 films could be a way to provide a forum for people who were just getting started to share their work in front of an audience. My only concern at first was whether there’s a need for another film festival in New York City, as there were so many. But there wasn’t a Super 8 festival here, so that was enough for me to get going.”

The festival started at the Knitting Factory in Manhattan. Relative to other festivals, it’s run in an extraordinarily DIY fashion. Teague admits you could say it’s literally run out of the trunk of a car.

“One of the beauties of Super 8 is that all the means of production and presentation are so cheap,” Teague said. “The actual overhead of putting on a festival was almost nothing because I already had projectors and I already had all the equipment that was needed. So really all that was needed was finding a venue and an audience… Our first couple of shows were definitely well-attended and word-of-mouth definitely played a big factor after that.”

Teague programs the festival from open, free submissions and has begun attending and working with other international Super 8 festivals to hunt out the best in new films. Teague said he tries to reflect Super 8’s history in his programming as “a gateway drug to filmmaking by mixing veteran directors with first timers.”

“One time around 2006,” he recalled, ‘I got a film from a high school student that was absolutely amazing, and it was the hit of that year’s festival. That same festival had work by other filmmakers working since the 1960s. So by bringing these works – and filmmakers – together, I hope Flicker provides a place for all different sorts of people to meet and share ideas.”

This year, the festival moves to Southpaw in Park Slope, Brooklyn.

“It’s important to me that Flicker is held in a venue usually meant for music,” Teague said, “The informal seating, the bar and the general vibe makes for a more communal and party-like atmosphere than your typical movie theater.”

With the new venue comes a very international mix of programming, as opposed to its earlier incarnations, which showed almost entirely American-made films. Represented at Flicker NYC are films from Finland, Colombia, the UK, Spain, South Korea, France and Canada.

“We’ve always had the occasional international film, but this will be the first show that is almost exclusively international,” Teague said. “And for me Flicker exists for two reasons. One is to provide a public place to show Super 8 films. You can now see a lot of Super 8 films on YouTube or whatever, and that’s great. But it’s very hard to find a place where you get 100 people all in the same room to watch these films together.

“The second reason is that I really want to keep Super 8 from being pigeonholed as something you only go to when you want a nostalgic look. I really want people to see that Super 8 is a format you can use that is rich for so many other reasons. You can use it for documentaries, and you can use it for psychological portraits, and can use it for purely aesthetic experiments. And that’s what this year’s program really shows. You’re seeing all these different people from all over the world using Super 8 outside of the home movie format.”

Teague singles out Finish doc “The Penalty Box,” about the inner lives of hockey players, and the surrealist Colombian folktale “Bautista’s Fable” as two to really look out for. He also attributes a lot of the international surge in Super 8 filmmaking to the fact that filmmakers can now connect and order equipment online, but then shooting in their own country. Correspondingly, he suggests it’s actually the digital revolution in terms of filmmaking that has allowed Super 8 to survive as a medium.

“A lot of us anticipated that in two, three years Super 8 would get shut down and go the way of the Polaroid,” Teague said. “There just wouldn’t be any more stock and the cameras wouldn’t be made anymore. Instead, much to a lot of people’s surprise and excitement, the last 10 years — especially during the digital revolution — Super 8 has fared better than many film stocks. There’s been a whole new interest in it. This goes along with the digital revolution, because now you can actually get really nice transfers to edit on Final Cut or Avid for fairly cheap prices.

“I think if there wasn’t that ability, it might have caused Super 8’s demise,” he says. “Super 8 provides a look you just can’t approximate digitally. It offers something that can’t be done in any other way.”

The same can be said for Flicker NYC, at least for New Yorkers. The event takes place this Sunday, April 17th at 7pm in Park Slope. For more information, check out Flicker NYC’s website.