How To Create a Thriving Arthouse Theater (Almost) Anywhere 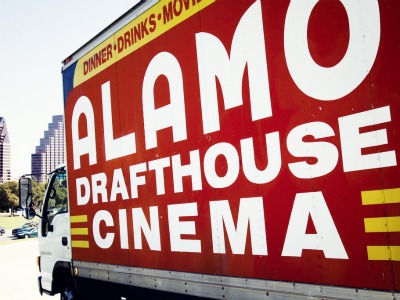 2011 should be a rotten year for arthouses. With movie attendance plunging by as much as 20%, ticket sales are the worst theater owners have seen in six years.

So why is Toby Leonard, programmer of Nashville’s arthouse Belcourt Theatre, smiling?

“There’s all this talk about theatrical dying, but I don’t see it,” says Leonard, who claims Becourt has posted 20-30% revenue increases over the last several years and just had one of their biggest successes in “Visions of the South,” a 22-film retrospective that included hard-to-find titles such as Nicholas Ray’s “Wind Across the Everglades” and Roger Corman’s “The Intruder.”

The Belcourt’s success, and those of other arthouse theaters across the country, are based on much more than the ability to ferret out rare movies (although that’s part of it, too). It’s a combination of factors that includes everything from email campaigns to wine selections — and an attention to detail that borders on the obsessive.

Give Audiences a Home and a Drink

Music Box Films’ Ed Arentz, who also books New York’s Cinema Village, says the common denominator for successful small venues around the country is “a resourceful entrepreneur, who, through tenacity and knowing film and having the right demographic, have been able to create something special.”

But before any of that can take root, you need a community. “Sometimes the community already exists and the theater allows them a convenient meeting place,” says Arentz. “Sometimes, it’s built over a period of time.”

One of the most successful examples of such a mix is Austin’s original Alamo Drafthouse, which has turned into a franchise. While famous for its food-and-alcohol service during the movie, the Alamo greatly benefits from the area’s particular brand of cinephilia and sense of community.

“They consolidated and institutionalized a lot of the features that we had in arthouses in the late ’60s and ’70s,” says Arentz. “There was a sense of belonging to a different tribe. And that’s a big part of the Alamo experience.”

Magnolia Pictures’ Neal Block, who says his company’s films continue to have success at the Alamo, agrees. “It’s not the food or the drinks that bring people in,” he says. “It’s [Alamo founder] Tim League’s comprehensive understanding, and building, of his audience.”

That’s not to say food and drink service doesn’t help. The Belcourt has a full liquor license, for example, which Leonard says helps their bottom line. “If we didn’t have a full bar, I don’t think the midnight screenings would be as successful,” he admits. “Though we have to do more cleaning up afterwards.”

And at Florida’s Enzian Theater, cited as a strong regional venue, they have the “Eden Bar” and “Enzian Kitchen,” which features a high-end menu featuring food from “independent businesses, farmers, brewers, and artisans, locally whenever possible.”

But League emphasizes that the Drafthouse’s success comes from “literally being a mom and pop shop,” he says. “We were at the theater every night, the regulars got to know us and we started the beginnings of a community.”

While League continues to expand the Alamo brand into other cities — an 11th location will open in South Austin later this year and there are long-term plans for venues in L.A. and New York — he emphasizes the sense of relationship between theater and patrons.

Their newest franchise, the Alamo Winchester in Virginia, for example, is currently their third highest-grossing facility, which League credits to the venue being family-owned and operated. “They immediately looked to see how to get involved in the community, in charity events and nonprofit events,” he says. “They got it right away.”

Make It More Than a Movie

Even without a singular venue, New York’s Rooftops Films has created a sense of experiential viewing among a tight-knit community. This summer’s program emphasizes idiosyncratic indie features and short films no one ever has ever heard of, but Rooftop programmer Dan Nuxoll says audiences come out — sometimes upwards of 1,500 people, depending on the size of the roof — “because they trust our programming,” he says.

However, at Rooftop, a movie is only the start of a good time. “The event aspect is key to us,” he says. “We always have live music and an after-party. We try to ‘event-ize’ the event and make it more that just a film screening.”

For instance, at the upcoming New York premiere of professional wrestling documentary  “Fake it So Real,” they’ll set up a wrestling ring and host a “Battle Royale” after the screening. “It’s not just a novelty,” Nuxoll says, “but deepens people’s connection to the film and the event itself.”

Cities like New York and Austin have a much easier time drawing audiences, of course. The real trick is making venues succeed outside of hip metropolitan centers. In suburban areas, arthouses similarly survive based on shrewd programming, close relationships and a unique setting tailor-made to the area.

Give the People What They Want

The Belcourt’s Leonard says his strategy is “striking a balance between more mainstream arthouse titles” — such as “The Kings Speech” or “Black Swan” — “that are going to be your tentpoles, and then using those films to get movies that your community would really dig.”

In the Belcourt’s case, films with a music angle often do well. “Through that process,” he says, “you start to build the trust of your community.”

Richard Peterson, longtime programmer of San Rafael Film Center in Northern California, says their historic venue—renovated from a 1938 theater and refurbished with the highest technical specs—has established a level of trust with their largely baby-boomer audience. “They’ll come to the theater even though they’re not sure what we’re playing,” he says.

For instance, a retrospective on the work of little-known filmmaker Jan Troell (“Everlasting Moments”) drew audiences, including area filmmakers such as Walter Murch and Carol Ballard. Even a week on Buddhist-themed films was popular, according to Peterson. “Those unusual films add a bit of personality to the theater,” he says.

If You Build It, They’ll Keep Coming

At The Screen in Santa Fe, community support actually saved the theater. When the college that housed the venue closed it in 2009, celebrity community supporters like actress Ali McGraw lobbied to reboot the venue, which had become an important cultural destination under the leadership of curator and professor Brent Kliewer.

“He treated everyone like they belonged here,” says The Screen’s current manager Peter Grendle. “And I think that really inspired people to say: ‘You’re not just shutting down a theater; you’re shutting down my friend’s theater.'”

Now, says Grendle, he couldn’t quit if we wanted to, because the area’s devoted and aging upscale audience relies on the theater for its art-cinema fix. Esoteric films such as Abbas Kiarostami’s “Certified Copy” and the Spanish film “Silence Before Bach” (which had four separate runs) performed extremely well.

Similarly, Ken Eisen who runs the 32-year-old Railroad Square Cinema in Waterville, Maine, says, “We literally know our audience and they know us. It doesn’t mean they like everything we like, but in the broader sense, they’re there and they don’t want us to leave.”

Still, Eisen admits independent theaters feel many of the same anxieties of the major chains. That said, “it’s something we’re used to. Most of us are not doing this to get rich. When you ain’t got nothing, you have nothing to lose.”

Likewise, Tench Phillips, who has co-run the one-screen Naro Expanded Cinema in Norfolk, Virginia since 1977, acknowledges admissions are down. But he says it just forces them to be more creative.

For the Naro, Phillips says the venue has become a community fixture as a “liberal flagpole” in a sea of conservatism (on popular Wednesday doc nights, they show lefty films about social and environmental issues) and as an important brick-and-mortar anchor for local shops. “We just can’t leave,” he says. “Too many restaurants look to us to generate business.”

Besides, adds Philips, the Naro has to endure for their own livelihoods. “We have no retirement plan,” he says, “so we have to keep it going.”

This Article is related to: Toolkit and tagged distribution, Features, Toolkit