If You're a Documentary Filmmaker, You Could Owe the IRS a Whole Lot of Money 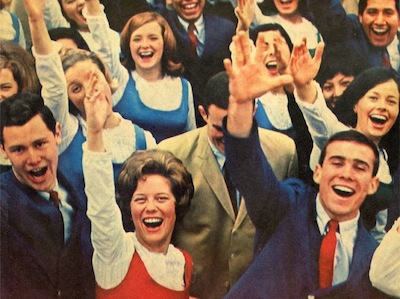 Documentary filmmakers, beware: A US judge thinks your life’s work is a hobby. And hobbies aren’t tax deductible.

In a March 9 Arizona trial, US Tax Court Judge Diane Kroupa examined filmmaker Lee Storey’s production of her 2009 feature “Smile ‘Til It Hurts: The Up with People Story.” If she determines in a ruling later this summer that the film is not a for-profit venture, Storey will owe hundreds of thousands of dollars in back taxes and penalties.

At the trial, the judge broadly stated that documentaries mainly served to educate rather than make money. That assertion relegates documentary filmmaking to the status of hobby in the view of the IRS.

The International Documentary Association is fighting back, with plans to file an amicus brief June 8. A reply brief will be filed within 30 days, at which point the judge will issue a response.

In an open letter published this month in Documentary magazine and excerpted earlier this week on the IDA’s website, executive director Michael Lumpkin expressed his disdain and outlined the association’s intent:

The potential affirmation of Judge Kroupa’s statement could have a serious impact on documentary filmmaking in America by creating federal case law precedent that could be used against filmmakers, bringing about audits and demands for back taxes because of a characterization of documentary filmmaker as meriting nonprofit status. To support Storey, IDA has filed an amicus brief in the case, urging the US Tax Court to recognize that the production of a documentary film is, at its core, a “for profit” business such that business expenses are deductible for tax purposes.

By doing so we hope to ensure that all filmmakers receive the respect they deserve, and that the many sacrifices they make in the pursuit of their art and livelihood will not be made in vain.

In the meantime, Storey plans to sell DVDs of “Smile ‘Til It Hurts,” which traces the history of the 1960’s-era conservative Moral Re-Armament movement, on the website for the film starting next week.

“I need people to buy the DVDs so I can fight the IRS,” Storey, an attorney at the Phoenix offices of law firm Ballard Spahr Andrews & Ingersoll. “The IRS is essentially bankrupting my finances by doing this. I’ve had to wage war with them.”

Lumpkin said that Storey’s trial came to his attention the same week that “Restrepo” co-director Tim Hetherington was killed in an incident in Libya.

“It really jumped out at me,” Lumpkin said. “On the one hand, you have this determination that documentary filmmaking is a hobby, and then this thing happens to a documentarian, and it’s like, ‘No, this is not a hobby.’ We just felt this would have really devastating implications for documentary filmmakers.”

indieWIRE made note of the documentary, which participated in IFP’s Narrative Rough Cut Lab in 2008, when it premiered at the Slamdance Film Festival in 2009. More information can be found at the film’s website.