SXSW Hit "Natural Selection" Gets Picked Up By The Cinema Guild 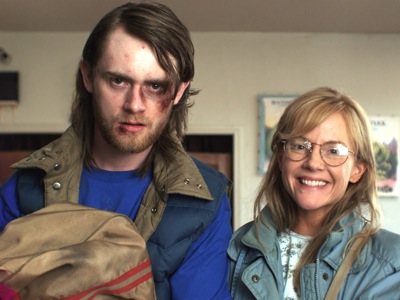 Robbie Pickering’s “Natural Selection,” which dominated the awards at this year’s SXSW Film Festival, has been picked up by The Cinema Guild. The dark comedy chronicles the story of a woman who tries to find her husband’s eldest sperm donor baby after she discovers that he has been creating children via donation for 25 years. The film will be released theatrically this fall.

THE CINEMA GUILD ACQUIRES “NATURAL SELECTION,” WINNER OF SEVEN AWARDS AT SXSW, INCLUDING THE GRAND JURY AND AUDIENCE AWARDS FOR BEST NARRATIVE FEATURE

New York, NY —The Cinema Guild announced today the acquisition of all U.S. distribution rights to Robbie Pickering’s award-winning debut “Natural Selection,” a wonderfully irreverent indie comedy featuring one of the year’s best performances in Rachael Harris (“The Hangover”) as a devoted housewife who’s carefully ordered life is turned upside down when she sets out to find her husband’s long lost son. “Natural Selection” will open in theaters this fall.

When a dutiful Texas housewife (Rachael Harris) discovers that her devout husband has suffered a stroke at a sperm bank where he’s been secretly donating for the past 25 years, she leaves her sheltered world and starts off on a comedic journey to find his eldest biological son (Matt O’Leary from “Brick” and “Frailty”), a mullet-headed, foul-mouthed ex-con. Along the way, Linda’s wonderfully bizarre relationship with Raymond will teach her more about herself than she ever imagined possible.

“Natural Selection” was written and directed by Robbie Pickering, produced by Brion Hambel and Paul Jensen of Best Medicine Productions, and executive produced by Justin Moore-Lewy and Charlie Mason. In addition to Harris and O’Leary, the film stars Jon Gries (“Napoleon Dynamite” and “Real Genius”) and John Diehl (“Miami Vice” and “Stargate”).

“Natural Selection” premiered in competition at the 2011 SXSW Film Festival and went on to win seven awards, including the Grand Jury and Audience Awards for Best Narrative Feature, Breakthrough Performance for both Rachael Harris and Matt O’Leary, Best Screenplay, Best Editing and Best Score/Music.

Rachael Harris stole her scenes as the pitch-perfect, irritating girlfriend of Ed Helms in the number one R-rated comedy of all time, “The Hangover.” She had previously co-starred with Helms as a correspondent on “The Daily Show.” Other film credits include: “Diary of a Wimpy Kid,” “Best in Show,” “A Mighty Wind,” “For Your Consideration” and “Starsky & Hutch.”

“We’re extremely excited to be releasing ‘Natural Selection.’ Robbie Pickering’s debut is a smart, funny indie gem centered around a performance by Rachael Harris that’s sure to be one of the most talked about this year,” commented Ryan Krivoshey. “We’re eager to bring this film to audiences and look forward to working with the entire ‘Natural Selection’ team.”

The deal was negotiated by Ryan Krivoshey of The Cinema Guild with Maren Olson and Asher Goldstein of Traction Media, and Peter Trinh of ICM. ICM also represents Matt O’Leary.

The Cinema Guild is a distributor of independent, foreign and documentary films, whose next release is Steve James and Alex Kotlowitz’s acclaimed documentary “The Interrupters.” Other upcoming releases include Nuri Bilge Ceylan’s “Once Upon a Time in Anatolia,” co-winner of the Grand Prix at the 2011 Cannes Film Festival, Bela Tarr’s “The Turin Horse” and Hong Sangsoo’s “The Day He Arrives.”

This Article is related to: News and tagged Acquisitions, Natural Selection, South By Southwest Film Conference and Festival (SXSW)