Interview: Guillermo del Toro, Part II: 'The Most Important Element of Filmmaking Is Your Freedom' 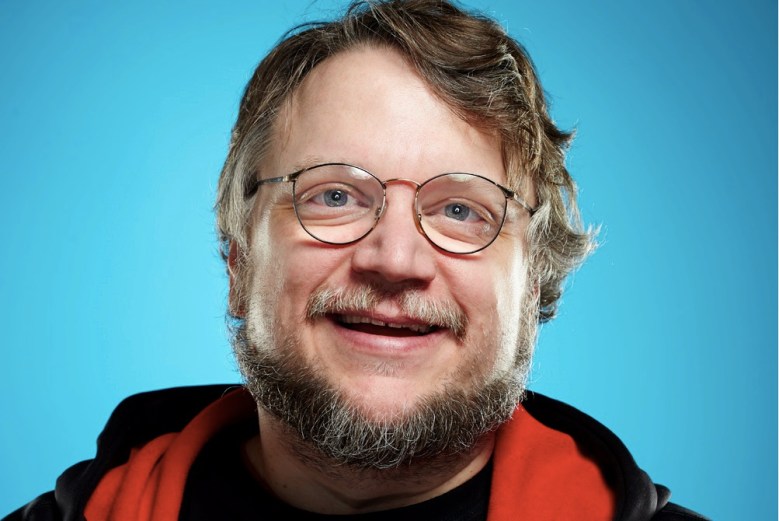 In Monday’s first installment of Indiewire’s two-part interview with Guillermo del Toro, the director talked about the evolution of storytelling, explaining his interests in video games and transmedia. Despite his progressive views, however, del Toro is still first and foremost a filmmaker: “Don’t Be Afraid of the Dark,” which opens on Friday, bears his name as a presenter — but he also co-wrote and produced the film. Del Toro spoke with Indiewire about his interest in the “Don’t Be Afraid of the Dark” property, and why he continues to approach everything in Hollywood with trepidation.

This is the first time you’ve produced a project that you also co-wrote. What motivated you to take on that dual role?

This was a movie that was very important for me because of the movies I’ve produced. It’s the one I’ve been most involved with, because I’m presenting it as well. I have only presented three movies: “The Orphanage,” “Julia’s Eye,” and this one. In each of these cases, I tend to get as involved as possible.

Did you see the original on TV as a kid?

Oh, yes. It was very creepy. At that time, it was the scariest movie I had ever seen. It’s funny, as I see this movie, I really think it could have been PG-13. [Editor’s note: It’s rated R.] I would have loved this movie to break through to a younger audience but we’re not showing graphic images. There are no sexual situations, no cursing, this and that. We wanted it just to be very scary, but the MPAA gave it an R.

At the Los Angeles Film Festival premiere, the projector broke down, and you were reported to have joked that it was a scheme by either the Weinstein brothers or the MPAA.

(Laughs) Actually, seeing the movie the other day, I was thinking there’s a chance [the MPAA] may be right. It’s very intense, maybe too intense for a young audience. But I really would love for this to become a horror classic for kids.

You often talk very openly about the challenges of making quality movies in Hollywood, but one of the stigmas associated with that perspective is remakes. So how do you justify doing a remake?

I think a remake is perfectly reasonable thing when it’s not dictated by commercial reasons. When it comes from somebody who wants to tell a different version of the same story, and take liberties with it, then it becomes a re-imagining. There’s nothing wrong with that. It’s not a new phenomenon. I think it’s horrible when you have things like hyper-expensive colorizations or when there’s no real intention aside from the commercial one. That’s what I really find quite scary.

In that case, what made you certain this was a valid remake?

This was such a big battle. First of all, it’s a property that’s remembered by a very narrow generation of people, mostly my generation and the one immediately after it. It was very difficult to get the rights to it. That took many years. It took 13 years to get the movie made. There was no easy route for making this movie. The reason I stuck with it was that I thought it was worth it to take a story that had been told from the point of a pathological married woman played by Kim Darby in the original and retell it like a dark fairy tale with a young girl. We tried to make the horror of the movie come out of a family situation, as Hitchcock did with “The Birds”–it’s a manifestation of everything that is wrong with the characters’ relationship. I think creating a new story for them makes it completely different. That was the challenge.

Many of the films you’ve directed in the United States have been tied to existing properties: “Blade 2,” the two “Hellboy” movies. But you’ve managed to make much more complex historical works outside of the U.S. If that’s the only way to get those movies made, do you find working in the U.S. to be comparatively frustrating?

I’ve always tried to go for projects that allow me the maximum amount of freedom, and that is one reason I’m careful not to take on huge franchises that are offered to me. To me, the most important element of filmmaking is your freedom, and it’s harder to maintain it in Hollywood, and also much more complicated, but it’s not impossible. It would be wrong to tackle something like “The Devil’s Backbone” in the Hollywood system. That would be practically suicidal. Something like “Pan’s Labyrinth” you could never get done in the Hollywood system. Movies like “Hellboy” and “Blade 2” I enjoy doing enormously. They represent part of what I love about filmmaking and film watching. However, you need to do each of those projects where they belong. You don’t want to cross wires. The smaller, quirkier stories are harder to come by. It takes me three, four, five years to find a way to weave some stories together. “Cronos” took me many, many years to write. “The Devil’s Backbone” took me about a decade. Right now, I have a couple of those, where I’ve written 30, 40, maybe 60 pages.

Most recently, you were going to make an epic adaptation of H.P. Lovecraft’s “At the Mountains of Madness,” produced by James Cameron, but Universal passed because it would have been rated R. Why not try to make something like that outside of the studio system?

It would have been impossible. Part of what made the novel interesting to me was that it had scale. There are other Lovecraft stories you can tackle with small budgets, but this is not the one. It’s essentially a period film about exploration, almost like mounting a movie about Ernest Shackleton stumbling upon the horrifying remnants of a civilization. So you need scale for that. You need to not compromise. I think it was possible that we could have gotten a PG-13 from the MPAA, but as proven by “Don’t Be Afraid of the Dark,” you can’t be sure, and we couldn’t deal with that danger.

Still, the way things are headed now, couldn’t you find a way to do the special effects with a couple of green screens and create a sense of scale without a massive budget?

If you know the Lovecraft novel, you know it’s about mounting and expedition, which means going as much as possible to real locations up north. Most of it happens in Antarctica. I really thought long and hard about this, because it would not have been an issue if we had gone under $100 million. But the way I saw it, I couldn’t find a way to solve that. By the way, I’m really good at making small scale movies. “Devil’s Backbone” was about $4 million dollars. “Rudo y Cursi” cost about the same. I’m not alien to that. I made what I thought was the best decision.

What happened to your involvement with the “Haunted Mansion” franchise? You were talking about directing a story focused on the Hatbox Ghost.

Yeah, we’re working on all that. The first draft has been delivered to Disney. That’s exactly the same thing we were discussing–there was a version of the “Haunted Mansion” movie before that I’m not touching at all. I’m trying to honor the ride, so in my mind it’s not a remake, but entirely a new approach to what I think, as a fan, the “Haunted Mansion” is. I was at the theme park the year that ride opened and I’ve been going at least twice a year since then.

Speaking of which, “Pacific Rim,” which you’re shooting now in Toronto, sounds like it will also be a large scale production.

Yes, it will. It’s a movie that, even thematically, is all about scale. It’s a big, spectacular monster movie full of action. I’d like to flex those muscles, and then with a little bit of luck, I can go back to something smaller and more like a chamber movie.

This Article is related to: Features and tagged Don't Be Afraid of the Dark, Interviews