Christophe Honoré on 'Beloved': "I think my characters are very free with their sexuality" 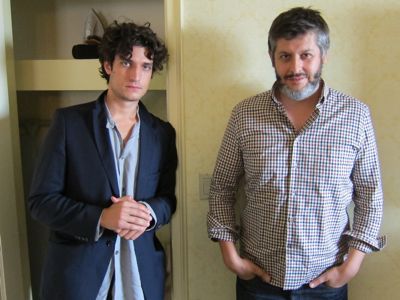 Spanning 50 years, over two hours and a stellar cast, “Beloved” (Les bien-aimés) by Christophe Honoré is quite the ambitious project, and fans of his well-received “Love Songs” from 2007 will notice doses of familiar ground, and his latest film is complete with playful sexual rendez-vous, stylized period costumes and sets, sporadic bouts of song, courtesy of long-time musical collaborator Alex Beaupain and underlying tragedy.

[Editor’s Note: This interview originally ran during the 2011 Toronto International Film Festival. “Beloved” opens in select theaters this Friday via IFC Films, as well as on VOD.]

Notes IW critic Eric Kohn in his review of the film at the 2011 Cannes Film Festival in May, the film is “first and foremost an actor’s movie, given that the director has assembled an extraordinary all-star cast.” Ludivine Sagnier portrays the stylishly haughty shoe saleswoman (and occasional prostitute), Madelaine, of the ’60s, while Catherine Deneuve is the Madelaine of the ’90s in her second marriage, but still has the occasional tryst with her first husband, played by Milos Forman.

Deneuve’s real-life daughter, Chiara Mastroianni, is the adult version of her on-screen daughter, Vera, in the ’90s and early 2000s. Like her mother in the film, she meanders in and out of the lives of the men she loves with all the frivolity, fun, bitterness and pain love possesses.

Honoré spoke with Indiewire ahead of its North American premiere at the Toronto International Film Festival this week. In the chat, he compares the generation he grew up with and his parents, the dawn of contraception and later AIDS, bending the rules on sexuality, Catherine Deneuve as an icon, why this film isn’t a musical and why Milos Forman really wanted to be in this film. 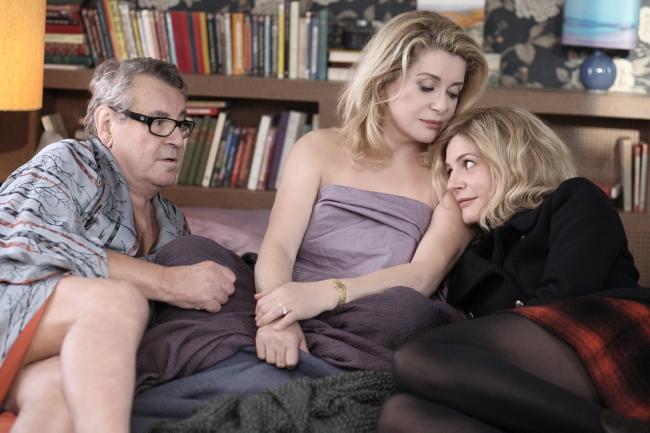 “Beloved” tells the story of two generations, with a concentration on the ’60s with Sagnier’s Madeleine and then a heavy dose of the ’90s and early 2000s with Mastroianni’s Vera. What is it about these periods that made you want to dissect these women and their loves with these decades as the backdrop?

Christophe Honoré: Those two time periods correspond to my life. And it’s very interesting to many filmmakers to have the ambitions to speak about their own generations, and there’s a tendency to compare one’s own generation to the one previously. I tried to show what makes and creates a change in an era and present a difference for people in my generation and that of my parents’.

This film is not specifically about the political change that happened between the generations of this time period. It’s more about the way we love. The purpose of the movie is about our intimacy, love and sex.

Do you think your parents’ generation had a less complicated experience being young than people in the ’90s or today?

Of course it’s an illusion to think their lives were easier. During that time, there was the start of contraception so the danger of a young woman to become pregnant became less so, so that was liberating sexually. And in love, it was an optimistic period. In France, it was before the student revolution and it was just prior to the liberation of women and sexuality, but it was a period of confidence.

I can’t say it’s a period that was easier or happier, but there was maybe more optimism generally for love and sex. Because of AIDS when I was growing up, parents generally were more afraid about their children’s freedom related to intimacy. AIDS was a trauma for everyone in my generation, not just gay people. I see that now with my friends and their relationships many of the difficulties [they face] now I think come from some of the problems they faced while teens as AIDS emerged. My movie looks at some of these issues in a metaphoric way.

There’s a very interesting element that is never really spoken about outwardly, and not sure if it’s a cultural thing, but there’s a surprising lack of judgment in the relationship between mother and daughter in “Beloved.” Mother and daughter talk freely about their sexual exploits to each other.

I’m not sure if I’m representative of French cultural moralism. I shoot stories about [mores] but I’m not a moralist. There’s a quote from [author] Marguerite Duras that goes, “I seem to have no morals in my stories, but what it is is doubting some others morals.” I think my characters are very free with their sexuality and in their conversation, but when I write I don’t think about being a provocateur. It’s because fiction needs a place where characters are free to do anything. But I don’t pretend to be representative of how the French generally view these things.

Similarly there is a fluidity in sexuality in this film and in your previous work. Louis Garrel’s character in Love Songs is seemingly straight but ends up at the end with a man, and Paul Schneider’s character in “Beloved” is gay but has a strong emotional and even intimate connection to Chiara Mastroianni’s character. Did you want to challenge sexual perimeters?

I think for a gay director of my generation, it’s not necessary to do something about coming out. It’s not important to us. It’s more important to try and represent more complex relationships between men and women and the blurring of gender. I think for women today, it’s hard to recognize a male gay, the typical rules that may have existed before aren’t true anymore mostly. And actually, this is also the same phenomenon for gay men. They can have a desire for straight men because not everyone knows right away. Gays don’t need to exist in a gay ghetto to be happy now.

I’m not a gay militant, but I find it interesting to have a gay guy in this movie for instance, who has AIDS in the ’90s. He doesn’t die in the movie. But [his story] is how he had a love for this woman (Mastroianni’s Vera). Of course I think movies like “Philadelphia” some years ago were very important, but that’s not the story here. 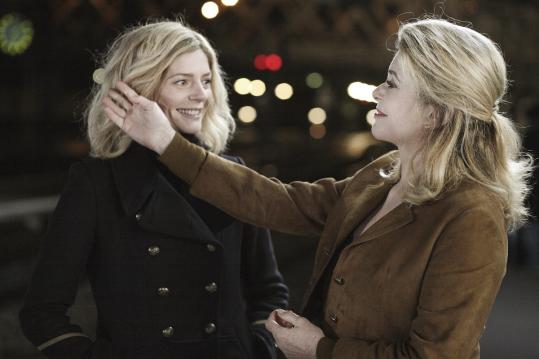 I think Catherine is often filmed at a distance because there’s a lot of respect for her. And the fact that we had the two of them together, it was in some ways more intimate in a sense than usual because of the [dynamic] with her daughter. Of course when we first see Catherine on the bridge, she’s seen more like an icon but after as the film goes along, Catherine is much closer up and into the character of being the mother to Chiara’s character, Vera.

For me it was interesting because I could catch their looks and interaction with each other. I imagine for them it’s probably hard for them to see it the same way as me because it’s their own lives – no mystery for them. But for me it’s interesting. Also because they are actually mother and daughter, I didn’t feel the need to write a lot of extra intimacy because it’s more accepted, so maybe I went a bit faster [than I would have otherwise].

You have used music from Alex Beaupain in a number of your films, what about his music speaks to you as a filmmaker?

My relationship with Alex is a story about our friendship. I’ve known him since we were teenagers – before we made movies together. For me, making movies allows me to live strong moments in life with people who are close to me. After “Love Songs,” Alex wanted to do another musical comedy, a sort of “Love Songs Returns.”

Personally, I didn’t want to [do] another musical comedy. In France, if you do musicals then you are considered to be following Jacques Demy who was the standard-bearer of that genre there. But through songs, I feel it was way easier to express love and feelings than just through text. So that’s why I’ve asked Alex to work with me.

I think it’s dangerous and incorrect though to present this movie as a musical. It’s really a movie where “sometimes the character sings.” It’s not what people might expect if they hear it’s a musical, so we have to be careful.

How was it directing Milos Forman who plays the older version of Madelaine’s first husband? Was it different from veteran actors?

I spoke with him on Skype and he said to me, “Well this might be the last time I can play the husband of Catherine Deneuve, so he came to Paris and I met him with Chiara in a cafe. He had this traditional veal meal in front of him. I swear, I’ve never seen someone eat so much as this man [Laughs]. He’s an ogre. He said he came to France because his wife and doctor won’t be able to bother him over what he eats. He would just goe to the set and does what he needs and then he can go eat what he wants… [Laughs]

I am of course very proud to have him. For me he is one of the best directors in the world. Strange in Milos career – similar to Polanski – they go and succeed in Hollywood and have a lot of demands. Milos is very respected and admired, but he’s still not considered one of the world’s best filmmakers, but I honestly believe one day he’ll be considered one of the best directors. And having Milos Forman and Catherine Deneuve in the same picture, it really tells something about cinema itself, which I like very much.

This Article is related to: Features and tagged Beloved, Features, Interviews