Fortissimo Goes for Indian Drama "Michael" Out of Toronto 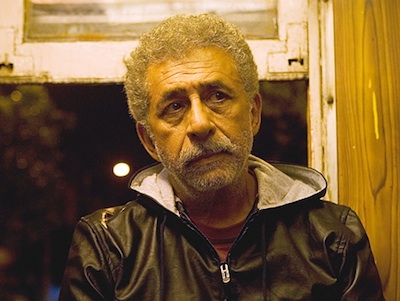 Out of Toronto, Fortissimo Films has acquired international rights outside of India to Ribhu Das Gupta’s psychological drama “Michael.”

According to Fortissimo, “Gupta’s directorial debut is an intense depiction of a man who has lost his bearings and sense of direction resulting in a spiraling downward of his moral and emotional values.”

The film world premieres in Toronto this Thursday, September 15.

Toronto, September 12, 2011 – Fortissimo Films has acquired international rights outside of India to Ribhu Das Gupta’s MICHAEL, starring Nasseruddin Shah. The psychological drama will have its P&I screenings on Tuesday 13th and Wednesday 14th, followed by its worldwide premiere in Contemporary World Cinema on Thursday 15th at the VISA Screening Room (Elgin).

Presented by Tipping Point Films (a division of Viacom18 Motion Pictures) and produced by Anurag Kashyap, Guneet Monga and Sunil Bohra, Gupta’s directorial debut is an intense depiction of a man who has lost his bearings and sense of direction resulting in a spiraling downward of his moral and emotional values.

In making the announcement, Fortissimo’s Chris Paton commented, “Ribhu is just one of the exciting new generation of filmmakers coming out of India. We’re especially delighted to be working alongside Anurag Kashyap and his team as well as Viacom18 Motion Pictures. They have an exciting vision of new cinema and we share their passion for discovering up and coming talent.”

Viacom18 Motion Pictures, part of the Viacom18 Group, is India’s premier full-service motion pictures company, with business spanning concept (or creative) development, production, marketing, distribution, merchandising and syndication, worldwide. To successfully explore newer genres, differentiated concepts and fresh talent, Viacom18 Motion Pictures has launched a new banner – ‘Tipping Point Films’,that focuses on execution of ‘clutter-breaking’ projects. For 2011-12, Viacom18 Motion Pictures has an unparalleled release slate with projects across genres, across scale and across talent. This includes collaborations with Anurag Kashyap for ‘SHAITAN’, ‘MICHAEL’ and ‘GANGS OF WASEEYPUR’ (2 parts), ‘BUDDAH’ (starring Amitabh Bachchan) by Puri Jagannadh and co-produced with AB Corp, Abbas-Mustan’s ‘PLAYERS’ and David Dhawan’s ‘CHASHME-BADDOOR’. Over the last 3 years, Viacom18 has to its credit (through Studio18) some of the biggest hits of the decade including JAB WE MET, SINGH IS KINNG, WELCOME and GHAJINI.