Heaven is Working with John Waters in a Low-Budget Hell: A Crew Member's Memoir 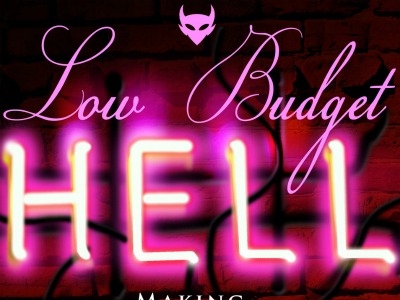 Robert Maier got lucky. He was just out of college when he began working with John Waters on “Female Trouble” and continued to be part of his crew through “Cry-Baby;” he also directed the 1975 short doc “Love Letter to Edie,” which profiles Waters’ longtime muse Edith Massey.

Maier’s written up his memoir of those years in the just-released “Low-Budget Hell: Making Underground Movies with John Waters.” Per the marketing copy:

“Low Budget Hell” is a roller coaster ride of bizarre low-budget movie stories: lunches of Kools, Cokes and soggy meatball subs; riding the subway with $25,000 cash; a federal drug bust on set—at gunpoint; meeting with Deborah Harry and Chris Stein—in bed; getting death threats from the mob, fending off attacks by irate husbands; placating enraged stars and producers; and going on dates with John Waters to topless movies at Baltimore’s sleaziest theaters.

Sounds like a great time. Here’s an edited excerpt, in which Maier describes how he met Waters. — The Editors

Summer, 1969. I was a scruffy college kid from Towson, Maryland hitchhiking out Cape Cod’s Route 6 to the very end, Provincetown. This was the summer of Woodstock, the upstate New York rock music festival and gathering of the hippie tribes. I had to be there.

Provincetown was a long detour but a friend from college, Stoney, said it was a can’t-miss stop. He claimed it was a village full of freaks, drug experimenters and free souls. I knew nothing about it, but its remoteness probably enabled desirable activities like pot smoking, public nudity and head shops with vast arrays of drug paraphernalia — a hippie theme park. There, I was greeted with a Disneyland culture, but not the one I expected.

Provincetown was the gay Disneyland. Instead of hippies, gaggles of gay men, hugging and holding hands, dressed in colorful Hawaiian shirts (or colorful dresses with perfect hair and makeup) packed the streets. Provincetown was a full-time gay pride parade, but gay culture was so totally foreign to me I didn’t get what was going on at all.

One group, more colorful and flamboyant than the others, handed out flyers. A big woman with huge hair, gigantic tits and thick makeup shoved one into my hand.

“Come to our movie premiere tonight, young man,” he growled in a husky voice. “You won’t believe your eyes. I’ll be expecting you.” Then he winked and rejoined his crew. Was that was a man? What kind of place was this?

“That was Lady Divine,” a guy on the street told me. “The others are John Waters and his acting troupe, the Dreamlanders, like in Dreamland Studios, the name of his movie company. They make movies in Baltimore and show them here in the summer.”

From a distance, I watched the leader, a tall skinny guy with shoulder-length hair and a thin mustache pasted on his upper lip. He wore big black sunglasses, even though it was night. Baltimore? That’s where I’m from. Movies? But movies are made in Hollywood. Dreamland Studios? Never heard of it. What a bunch of weirdos. I watched them move down the street for another minute and then stuck my thumb out, heading for Woodstock.

If someone had told me that four years later I would be working shoulder-to-shoulder with John Waters on five movies, talking to him on the phone for hours every night, gossiping with him on barstools for hours and would be his movie date several nights a week, I would have dropped dead in the street.

I met John formally four years later at the University of Maryland Baltimore County’s tidy business-park campus. I worked in the film department, my first job after graduating from American University. He had come to UMBC hungry to find people who would help make his next movie, “Female Trouble.”

I had completely forgotten the Provincetown encounter. To prepare for this meeting, I had just seen “Pink Flamingos.” When released in 1972, they gave out vomit bags with tickets. Mainstream critics hurled the worst epithets at it, naming its most disgusting scenes — an actor eating real dog poop, a beautiful woman with a real penis, a man with a singing asshole. This, of course, only drew bigger crowds. When John held out his hand, I wondered: Would he shake it or would he lick it?

He warmly shook it and it was the beginning of a hair-raising 18-year ride through the world of low-budget, underground filmmaking.

UMBC was a good stop for John. Equipment included a $10,000 camera, a $4,000 tape recorder, camera dollies, light kits and the best German-made film editing machines. The idea was students would learn by working on them, but in reality they were banished to a cabinet of rickety super-8 cameras and hand-cranked home movie viewers. If a student actually cobbled together a film, it got an “A” if it ran through the projector without catching fire.

Though I’d aspired to the greatness of New York City since I was a young teen, I still lived in the Baltimore suburbs. My goal was to be a filmmaker, but I didn’t have a clue how. It was an exotic career in 1972. Baltimore was not considered a place to make films; it was a place to flee.

John and I hit it off. Surprising to me, he was extremely well-read, unlike most of his Baltimore friends at the time. He thought a techie lit major was an interesting combination and he could relate to a fellow traveler in the drug culture.

He immediately engaged me by asking friendly questions. What did I do at UMBC? Where did I live and grow up? Was I doing anything fun that summer? This kind of engagement endears John to everybody he meets. You expect a monster, but he could pass for an assistant Presbyterian minister trolling for church members. Even my father, a hard-headed arch conservative, liked him immediately (except for his haircut).

John, Divine and I grew up in the Towson, Maryland area, a few miles north of the Baltimore city line. I delivered the daily Baltimore News-American to an old mansion behind my house in Towson; that’s where Divine lived and his parents ran a nursery school. The mansion was famous because F. Scott Fitzgerald drank himself silly there while his wife Zelda was treated at the Shepherd Pratt Mental Hospital next door. I had my first cigarettes, beer and French kiss in the same nearby woods where Divine’s junior high school classmates kicked the shit out of him every day for acting like a queer. It was a historic neighborhood.

John and I were both regulars at Baltimore’s Communist bookstore and had graduated from religious boys’ high schools— he from the Catholic Calvert Hall and me from the Episcopal St. Paul’s. We even had a few friends in common, including Mark Isherwood, who had made national news when he was arrested for public nudity during the filming of “Multiple Maniacs.”

John was so pleasant it was impossible to believe he had made the “Pink Flamingos” I’d seen the night before. He was an astute artist-businessman, an actor-showman who had his finger on the pulse of something and intended to go places with it.

This Article is related to: News and tagged First Person