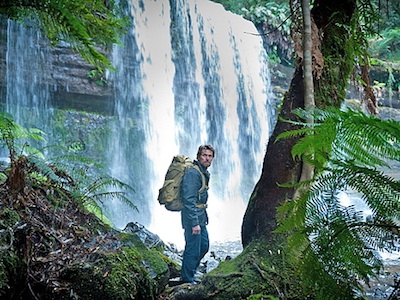 Magnolia has taken U.S. rights to the Willem Dafoe starrer “The Hunter” out of Toronto. Directed by Daniel Nettheim and written by Alice Addison, “The Hunter” is based on the novel by author/filmmaker Julia Leigh (“Sleeping Beauty”) and also stars Sam Neill and Frances O’Connor.

Dafoe plays Martin, a mercenary sent from Europe by an anonymous biotech company to the Tasmanian wilderness on a hunt for the last Tasmanian tiger.

Magnolia is planning for a 2012 theatrical release through its Ultra VOD program. This marks the company’s third buy out of the festival, following acquisitions for “Goon” and “God Bless America.”

Magnolia Takes US Rights to THE HUNTER

Toronto, ON – September 16, 2011 – The Wagner/Cuban Company’s Magnolia Pictures announced today they have acquired US rights to THE HUNTER after its world premiere at the Toronto Film Festival. Directed by Daniel Nettheim and written by Alice Addison, based on the novel by author/filmmaker Julia Leigh (Sleeping Beauty), the film stars Willem Dafoe, Sam Neill, and Frances O’Connor. Vincent Sheehan (Animal Kingdom) of Porchlight Films produced.

In this gorgeously shot psychological drama, Defoe plays a mercenary hired by a bio-tech firm to track down a rare, possibly extinct animal called the Tasmanian Tiger in the remote and untouched wilderness of Tasmania.

Magnolia is planning a 2012 theatrical release for THE HUNTER through its Ultra VOD program. The film is the company’s third acquisition out of Toronto this year, following the acquisitions of Michael Dowse’s Goon and Bobcat Goldthwait’s God Bless America for its genre arm, Magnet.

“We were blown away by this scary, beautiful, superbly made film,” said Magnolia President Eamonn Bowles. “Willem Dafoe gives his best performance in years and he’s matched by the entire ensemble cast.”

The deal was negotiated for Magnolia by SVP of Acquisitions Dori Begley, Director of Acquisitions Peter Van Steemburg and Head of Legal and Business Affairs Chris Matson. UTA Independent Film Group and eOne negotiated on behalf of the filmmakers. eOne is handling world-side sales outside Australia.