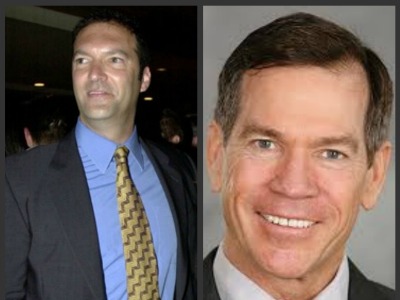 Extremal Film Partners is pitching a new film-financing product that, per the company’s release, “limits exposure for investors and distributors alike, and that works with both single movies and film slates.”

Extremal says it wants to support between 10 and 15 films each year, with budgets up to $75 million.

In a statement, Pearl says he believes the model “will also increase take prices in the international sales arena, and enable interested foreign distributors and financiers to partner in the U.S. distribution process.”

Extremal was founded in 2006. De Vany is Professor Emeritus of Economics at the University of California, Irvine and author of “Hollywood Economics: How Extreme Uncertainty Shapes the Film Industry.” He’s also the author of “The New Evolution Diet.”

Pearl was an agent at William Morris, Paradigm and ICM. He was also a VP production at Cort-Madden Prods., where he helped develop “Save the Last Dance” and “Something the Lord Made.”

Moore is a partner at Stroock & Stroock & Lavan and an adjunct professor at both the UCLA Law School and the UCLA Anderson School of Management. He was named as one of the National Law Journal’s Most Influential Lawyers for 2011.

Toronto, ON (September 7, 2011)- Finance vets and Extremal Film Partners founders Aleck Grishkevich (CEO and Co-Managing Partner) and Arthur De Vany (Co-Managing Partner and author of Hollywood Economics) have come together with ex-William Morris agent/producer Gary Pearl and entertainment attorney Schuyler Moore to establish a new film financing product for the current marketplace. The principals of Extremal have created a product that limits exposure for investors and distributors alike, and that works with both single movies and film slates. The company will look to provide support for approximately 10 to 15 films per year with individual budget ranges of up to $75M.

Pearl, whom Extremal has brought on to serve as company President, will be primarily responsible for building strategic relationships and identifying viable projects for placing film investment. He will be attending the upcoming 2011 Toronto International Film Festival to meet with distributors, filmmakers, and sales companies. As one of the industry’s leading film finance lawyers, Moore, who has been a long-time proponent of box financing, will be working directly with the financial partners of the company.

“We believe our model and investment in films will help support and grow the independent film sector, and will reinforce film financiers, independent distributors, sales companies and filmmakers with a stronger position at the bargaining table during U.S. sales. It will also increase take prices in the international sales arena, and enable interested foreign distributors and financiers to partner in the U.S. distribution process,” said Pearl.

“With Extremal Film Partners, we are looking to fill a void in current models through a sophisticated and thoroughly vetted financing scenario that supports investors, producers and distribution companies in their efforts to produce and release filmed content. Our business philosophy should help breathe confidence in a financially insecure environment and alleviate considerable risk for our partners. Wall Street has displayed strong confidence and quickly committed $500 million to our financing model,” said Grishkevich.

Pearl is a former William Morris agent and has packaged over 30 films and television properties and represented writers, directors and actors. He was also an agent at Paradigm Agency and at International Creative Management (ICM). In the mid-1990s, Pearl was Vice President of Production at Paramount Pictures based Cort-Madden Productions where he was involved as an executive developing the hit motion picture Save the Last Dance and the Golden Globe winning Something the Lord Made. Many of Pearl’s films and clients went on to win Academy, Golden Globe, Emmy, and Sundance Film Festival awards.

Moore is a lawyer at Stroock & Stroock & Lavin where he represents a broad spectrum of clients throughout the entertainment industry, including producers, sales agents, foreign distributors, and financiers, and has handled some of the largest financing transactions in Hollywood. He is an adjunct professor at both the UCLA Law School and the UCLA Anderson School of Management teaching Entertainment Law & Finance, He is consistently listed as one of the top 100 entertainment lawyers by The Hollywood Reporter. Most recently, he was named as one of The National Law Journal’sMost Influential Lawyers for 2011.