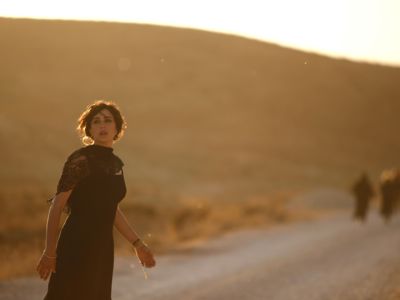 Sony Pictures Classics has announced that they have acquired all US rights to Nadine Labaki’s “Where Do We Go Now?,” which surprised as the winner of the Cadillac People’s Choice Award at the Toronto International Film Festival earlier this month.

“Now?” is also Lebanon’s submission into the foreign language Oscar race, giving Sony Classics – a company that has historically done quite well in that category – four major contenders: “Now?,” Israel’s “Footnote,” Poland’s “In Darkness” and Iran’s “A Separation.” Sony Classics has distributed 4 of the past 5 foreign language Oscars winners, including last year’s win for Denmark’s “In a Better World.”

NEW YORK (September 28, 2011) – Sony Pictures Classics announced today that they have acquired all US rights to Nadine Labaki’s WHERE DO WE GO NOW? from Pathé International. Produced by Anne-Dominque Toussaint of Les Films des Tournelles, WHERE DO WE GO NOW? won the Cadillac People’s Choice Award at the 2011 Toronto International Film Festival, Best European Film at the 2011 San Sebastian Film Festival, and is Lebanon’s entry in the Best Foreign Language Film Category for the 2012 Academy Awards.

The acquisition of WHERE DO WE GO NOW? continues a longstanding relationship between Sony Pictures Classics and Pathé International.

Set in a remote village where the church and the mosque stand side by side, WHERE DO WE GO NOW? follows the antics of the town’s women to keep their blowhard men from starting a religious war. Women heartsick over sons, husbands and fathers lost to previous flare-ups unite to distract their men with clever ruses, from faking a miracle to hiring a troop of Ukrainian strippers.

“Nadine Labacki has made a warm, human film that is both perfect for this moment in time and will satisfy audiences across the country. We couldn’t be happier about distributing WHERE DO WE GO NOW? and to be working again with our good friends at Pathé International,” states Sony Pictures Classics.

“To be added to this list of highly distinguished filmmakers supported by Sony Classics is an achievement in itself for me! I am proud and honored to say that I have become now part of the very prestigious Sony Classics family!” adds Director Nadine Labacki.

Michael Barker and Tom Bernard serve as co-presidents of Sony Pictures Classics—an autonomous division of Sony Pictures Entertainment they founded with Marcie Bloom in January 1992, which distributes, produces, and acquires independent films from around the world.

This Article is related to: News and tagged Acquisitions, Where Do We Go Now? (Et maintenant on va ou?)