The Decline of Indies on Netflix: Were They Amputated With the Long Tail? 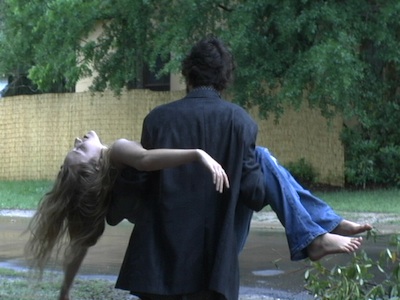 Netflix was founded on the principle that it provided access to movies — all movies, including the most obscure indie titles. By promising to sell less of more, it was a new-economy poster child, a publicly traded argument for the long tail.

Today, it looks like Netflix is docking its tail with a more old-fashioned strategy: Give (most of) the people (most of) what they want. And while Netflix — and some of its suppliers — are quick to defend the company’s indie stance, it’s clear some smaller players are being pushed aside.

According to indie filmmakers and distributors, the shift began a year or two ago when Netflix changed their buying metric — the measure of how many DVD titles they purchase on individual films. One distributor says the company used to take smaller-title DVDs in relatively modest orders of 30-60 units, whereas they’re now focused on reordering only titles that can sustain hundreds of units. (Netflix corporate communications VP Steve Swasey won’t comment on the number of DVDs the company orders.)

“Before, they would buy inventory for rental stock and then reorder if the title gained traction,” says Facets Multimedia’s executive director Milos Stehlik. “Now they skip over many, if not most titles.”

Stehlik says Netflix interest on smaller titles was piqued only if “enough people put them into their queue.” He notes that he recently received a reorder for Bela Tarr’s “Werckmeister Harmonies,” based on demand. However, he points out that for other films, the queue represents “a self-defeating spiral, since most independent films can’t get the kind of public traction to get noticed in the marketplace.”

The metric had a devastating impact on microdistributor Carnivalesque Films. Operated by filmmaker-distributors David Redmon and Ashley Sabin (“Mardis Gras: Made in China”), Carnivalesque is closing its doors next month, in part, as a result of the new Netflix model.

“When they couldn’t commit to buying our films anymore, that really cut out a big chunk of money,” he says. Redmon noticed a sharp change in tactics after Netflix’s indie film buyer, Mike Grice, was let go last year.

Post-Grice, Redmon says, there was far less transparency from Netflix about how many queue adds were necessary to make a physical DVD order. “Every month, we’d email Netflix and ask, ‘How much more do we need in people’s queues?’ and they’d always say, ‘It’s not there yet, but we’ll let you know when it is.'”

Other Factory 25 docs, such as “You Weren’t There: A History of Chicago Punk” and “All the Way from Michigan Not Mars” had been available as DVDs in the past, but are now no longer part of the service. “They said demand wasn’t high enough,” says Grady.

Netflix strongly defends the company’s indie cred. “Netflix acquires content that we know that is going to have an audience,” Swasey says. “We don’t buy everything out there, because it would not be cost effective. But most independent films do have a following.”

But how is “a following” measured in Netflix’s streaming universe? Netflix confirms that it no longer uses the queue as a demand yardstick for streaming titles. (And as a customer, your streaming queue doesn’t save or make note of unfulfilled requests.) However, Netflix won’t say how it determines which titles are worthy of streaming. Says Swasey, “We have different metrics for streaming, but we don’t disclose them.”

According to distributors we spoke to, streaming agreements were either based on box-office returns or output deals with aggregators. (Redmon bowed out of a streaming deal with Netflix because he did not want to work with a larger aggregator.)

However, Swasey’s strongest argument for Netflix’s indie commitment is economic. Since Netflix can’t afford to buy first-window streaming rights on the biggest new releases, Netflix will do what it’s always done: Use its recommendation engine to push the product (some of it indie) they do have.

“Independent filmmakers have a haven with Netflix,” he says.

However, there’s also an economic argument for Netflix being more selective about its streaming product: DVD shelf space is cheaper than streaming server costs.

“If you have two films — one that is hot and streams constantly and another that sits there on the server waiting to be called — you’ll move the catalog title off the server and substitute it for something else,” says IndiePix president Bob Alexander. “Does that happen? All the time. We had a number of titles that did not get renewed.”

Alexander also says licensing fees on streaming deals he’s recently closed “do not reflect the incredible growth in [Netflix’s] subscriber platform since last July.” Alexander pegs those fees as being “at the low end of cable licenses” — or about 1 cent per viewer over the first year of the license.

He believes that as Netflix grows, it will give way to more episodic television programming because that’s what the audience wants. “Netflix doesn’t need indie film today,” he says.

However, Netflix’s commitment to indie film may be all about how you define the term. There’s little doubt that smaller titles, with less demand, have been pushed off the service. But longstanding indie companies with catalogs and established track records have only good things to say about the company as it transforms.

“Netflix is still a good partner,” says Music Box Films’ William Schopf, whose company has an output deal for streaming rights. “They have a specific subscriber base that likes foreign and arthouse cinema.”

Kino Lorber’s Richard Lorber says he’s seen a growth in the licensing fees and number of units he’s sending to Netflix and believes it will continue providing a breadth of titles. “That’s going to remain their key differentiator, helping expand audiences with titles not widely available elsewhere,” he says.

Erick Opeka, VP of VOD and digital distribution at New Video, the largest aggregator of indie films in North America, has also “seen a considerable increase in the number of titles taken in 2011, despite the bigger deals announced with networks and studios,” he says. “We anticipate this trend to continue into 2012.”

There’s also Netflix’s recent partnership with the Sundance Institute’s Artist Services Distribution initiative, which gives undistributed films from the festival – such as Tiffany Shlain’s “Connected,” and Andrew Okpeaha Maclean’s “On the Ice” – access to Netflix’s 25 million users. “To me, that speaks volumes about their commitment to the space,” says Opeka.

In a guest column for the Chicago Tribune, Facets’ Stehlik wrote, “I doubt any large commercial enterprise with a goal of serving the millions has the nurturing of these little films at its heart.”

Up until a few months ago, filmmaker Michael Tully says his music doc “Silver Jew” was available to rent by mail on Netflix; now, it’s not. Likewise, his 2006 indie drug drama “Cocaine Angel” was available for both disc and streaming, but when the streaming rights ran out, Netflix dropped the title. He likens the company’s indie commitment “to the pretty girl in class that you think might actually like you, until you realize she just wanted to borrow your Sharpie.”

But it’s Redmon who perhaps best reflects the sentiment among many indie filmmakers about Netflix’s long tail strategy going forward. “Suddenly, I guess that tail was cut off,” he says, “because we were at the end of it.”