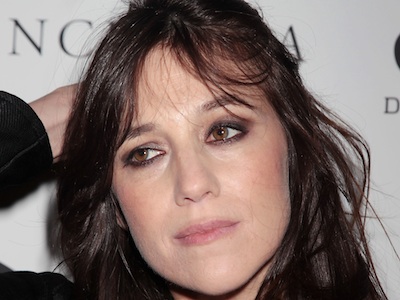 Despite what Kirsten Dunst’s Cannes Best Actress coup for “Melancholia” would lead you to believe, Lars von Trier’s latest drama is essentially a two-handed affair. The film is split into two sections, the first titled ‘Justine’ (Dunst’s character); the second ‘Claire’ (Justine’s sister, played by Charlotte Gainsbourg, who first collaborated with von Trier in “Antichrist”).

“Melancholia” opens with Justine’s ill-fated wedding, where the bride spirals into depression while her sister watches in despair. In the second half, Gainsbourg takes center stage as the end of the world nears. Unlike Justine, who seems to accept the planet Melancholia’s crash course with Earth, Claire panics, unwilling to accept the inevitable.

The film is currently available on VOD (it opens theatrically on November 11 in the U.S.) and it’s iW’s small screens pick of the week. indieWIRE caught up with Gainsbourg in New York to talk about working with von Trier a second time and what she makes of the director’s latest (and presumably last) statement to the press.

What are your thoughts on the film hitting VOD before opening in theaters in America? Unless you have a home movie theater, this is a work that begs to be seen on the big screen in my estimation.

This film in particular — the ending is quite grandiose… the music and the sound. For me it would very important to see it on a big screen. I don’t know… it’s weird.

So this marks your second go-round with Lars. What made you want to want to collaborate with him again?

Well, just because the first journey was so great for me. It was a wonderful experience. I was very flattered when he called me and asked me to work with him again. After reading the script, I was thrilled. Once I met him in Copenhagen… he’s someone I admire so much. I love the story, but it didn’t really matter. I just wanted to have another go.

Did he immediately offer you the part of Claire, or did you have a choice between the two sisters?

Given that you didn’t play the ‘sick’ one this time around and that Kirsten Dunst was brought on to fulfill that role, what was it like to see an actress go through the wringer like you did in “Antichrist”? Did you take her under your wing in a way?

No, I didn’t want to show off the fact that I had already done a film with him. We talked a little bit. Before she started, she asked me how he was to work with. I just said all the good things. That was it, because you don’t want to push anything of your own experience onto somebody else. I’m sure she had a very personal way of approaching it, but that’s her secret story.

I wasn’t even aware of how she was dealing with the part. It seemed just very natural and easy for her.

How did your experience on the set of “Melancholia” differ from the experience you had making “Antichrist”?

It was completely different, nearly the opposite. In “Antichrist,” I felt like I was alone with Lars, Willem and a tiny crew in a cabin in the woods, completely isolated. This time we started out with the wedding scene, with 100 extras and what seemed like a bigger crew. The atmosphere was really the opposite.

Gradually, when we went into the more intimate scenes and towards the ending scenes, I sort of found Lars again. I had difficulties finding him in the beginning.

The extremeness of what I had to go through in “Antichrist,” I didn’t experience in this film. The character was more subtle, even if by the end she’s going through enormous panic. It all had to do with fear. But it wasn’t as extreme for me.

Can you elaborate on what you mean by finding Lars?

Well, it’s just that finding complicity between us. When you have to share him with a lot of people, it’s not the same as having him for just myself (laughs). It was just because I was taken aback by those big wedding scenes. It seemed like a big mess, which was great for the film.

How do the two finished films differ for you?

I’ve heard from many people that “Antichrist” was too hard for them to go see and that this one was one of the best films Lars has made and more accessible. I know that Lars has been saying that this film is too beautiful and that he’d gone too far in the niceness (laughs)… I’m not sure he’s right.

Who do you relate to more – Justine or Claire – in terms of how you’d react to the end of the world approaching?

I have to say, I’d love to relate to Justine, but I think I’d be completely Claire. The panic is something I imagine I’d go through.

Was it therefore easy to tap into that?

Oh no, it was very difficult. We went through the first three takes all together. Then Lars came to me and said that he wanted to redo some different takes just with me. He wanted to just leave the camera rolling and put me in a condition and see what would come out. So it was very difficult. For me, it wasn’t like acting or being an actress. He said it was like filming an animal documentary… waiting for the moment. That was very hard. But that’s what I love about him. Sometimes you have a feeling that you’re acting and sometimes you’re not.

I did try to get where he wanted me to go, but it was a tough journey that scene.

You’re also an established recording artist with three albums under your belt and a new one (“Stage Whisper”) coming out in November. Correct me if I’m wrong, but is it true your experience on the set of “Antichrist” inspired the making of your last studio album, “IRM”?

Yeah, a little bit. It’s just that I started with Beck before the shoot of “Antichrist.” Then I did the film and came back to him in Los Angeles. It’s true that after the shoot I was a bit drained, I guess. When you do something where you feel you’ve gone maybe a bit too far, you don’t really know what you’ve done. I didn’t have the proof, because I hadn’t seen footage of the film yet. I had a feeling that I didn’t know what I had done. I had no fear about it, but I was just a bit puzzled.

That state of mind did accompany me quite a long time, so it did enter the recording of that. I talked to Beck about it. We had fun, talking about the subject and what I had gone through. It wasn’t traumatic or anything, it was quite funny.

Were the new tracks on your latest record inspired by your experience making “Melancholia”?

(Laughs) For the tracks I recorded with the other artists, not with Beck, I had done “Melancholia” already. Maybe that went into those.

In some subconscious way?

(Laughs) Maybe. But I didn’t write any lyrics. For these tracks, it was really different from “IRM.” Even though Beck wrote all the lyrics for “IRM,” before I talked to Beck about what I wanted to talk about. For this new work, I entered into the worlds of the artists. I didn’t try to push myself inside. I made them mine, but those are really other people’s work.

You’re probably aware that Lars made what is likely his last statement to the press, saying that he will no longer talk to the press in any capacity after being interrogated by police in Denmark. What’s your takeaway from this whole sad state of affairs?

It is a shame. But I don’t know, I felt very uncomfortable when it happened in Cannes. It didn’t seem like such a big deal when we were doing the press conference even though what he said was terrible. It didn’t shock me, because I think that’s exactly his way of provoking people. Even though it was in bad taste, it didn’t shock me.

The press conference ended and then everybody began talking about how terrible it was. It really took an almost new step afterward. Yeah, I think it’s a shame. It’s not to say that what he said was not that bad, but I think it became a big, big deal.

The fact that he’s not doing any interviews anymore, I can understand him.

Can we expect a third collaboration between you two?


And on DVD/Blu-ray This Week

“Beautiful Boy”
Mario Bello and Michael Sheen star in this drama that centers on two parents struggling to deal with the aftermath of their son’s college mass shooting. The film premiered in Toronto last year to generally favorable notices. See it for the harrowing performances.

Winner of the Camera d’Or at last year’s Cannes Film Festival, Michael Rowe’s “Leap Year” is a boundary-pushing and sexually explicit tale set in only one room with three speaking parts. The film chronicles 29 days in the life of a young Mexican woman who waits in her apartment, while a string of male visitors come and go.

“Princess of Montpensier”
In Bertrand Tavernier’s 17th-century romance “The Princess of Montpensier,” French hunk Gaspard Ulliel portrays the young Duc de Guise, a rakish warrior who dukes it out with the Prince de Montpensier (Gregoire LePrince-Ringuet) to win the heart of the beautiful Marie de Mezieries (Melanie Thierry). If sweeping historical romances are your thing, be sure to check this out. 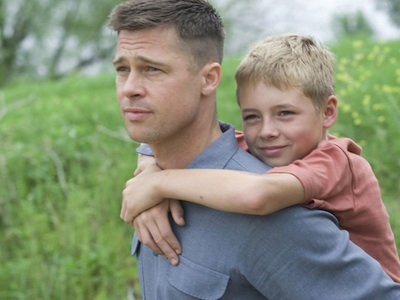 This Sundance charmer from director Azazel Jacobs (“Momma’s Man”) stars newcomer Jacob Wysocki as the titular protagonist, an overweight loner, orphaned to an ailing uncle, who strikes up a friendship with his school’s vice principal (John C. Reilly). The film’s deadpan, but it’s also achingly heartfelt and tender.

“The Tree of Life”
Terrence Malick’s long-awaited Palme d’Or winner isn’t for everyone, but anyone familiar with the director’s oeuvre would be a fool not to check this challenging and life affirming workout. The small screen doesn’t do justice to Malick’s vision, but better late than never.
Extras: An exclusive 30-minute documentary on the making of the film, “Exploring The Tree of Life.” Featured in the doc are interviews with Malick’s collaborators and cast members, as well as with directors Christopher Nolan and David Fincher. Also included is a digital copy of the film.