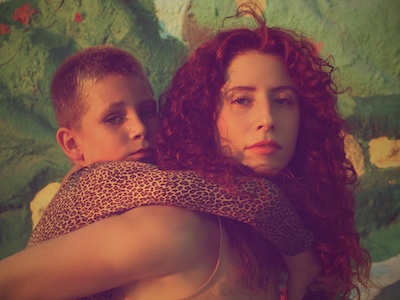 Why She’s On Our Radar: Music video director Alma Har’el’s first foray into feature filmmaking, “Bombay Beach,” has been winning over critics and audiences after premiering at last year’s Berlin Film Festival. It’s since played at a number of festivals including Tribeca, where it won the Best Documentary Feature award. Our own Eric Kohn gave it an A out of the festival, saying “Alma Har’el’s directorial debut takes a nonfiction setting and displays its haunting qualities in poetic terms.”

More About Her: Born in Israel, Har’el is best known for her frequent collaborations with singer Zach Condon of the band Beirut. Her video for the band’s “Elephant Gun” was chosen as one of the best videos of the decade in 2010 by Paste Magazine. (Beirut composed the soundtrack for “Bombay Beach.”) The documentary tracks the lives of a diverse group of people living in Bombay Beach, one of the poorest communities in southern California on the shores of the Salton Sea.

What’s Next: “I have two things that I’m working on now,” Har’el said. “They both have a documentary aspects, but they have also actors in them. They’re more in the direction of narrative.”

How did you come upon Bombay Beach?

I was at the Coachella music festival with the band Beirut, who I’ve been working with since I moved here about four years we ago. We wanted to complement some of the footage we already shot in LA for this small music video. We had no money. I couldn’t bring a cinematographer, so I chose to shoot it myself.

I kind of wandered around looking for a location with a friend of mine. He took me to the Salton Sea. Immediately it made me think of all these places I know in Israel like the Dead Sea and these desert towns. So we just started driving there and as we pulled in, the sight of the sea and the desert was so striking. I just feel when I’m there… it’s like a lost and found. That’s how you feel there. You feel lost and found. You don’t know where you are. You know you can’t stay, but you feel so found in a lot of ways. I love that feeling. I wanted to capture it and I wanted to know who lives there.

It was really interesting to see all these photographers who would show up at sunset. They just kind of stand and shoot the birds, the sunset and the ruined buses. You then realize that people live here, probably confused by why these people show up. So I was curious as to who lives there. I just kind of assumed they had great stories.

I couldn’t get money to make the film so I moved there for a few a few months, figuring I could find stories as it went along.

What did the residents of Bombay Beach make of you? Was it hard getting the subjects you chose to open up to you?

I think they just didn’t take me very seriously for a while. Who’s this crazy girl with curls that just landed here? I don’t think anybody thought that out of what I was doing by myself with a small camera, a movie would would get made. I didn’t even know that.

What was your chief intention going into it?

How do you describe the film now? A lot of people seem to be divided on whether it’s a straight-up documentary or a hybrid of some sort given the elaborately staged dance sequences that pop up throughout.

To be honest, I couldn’t care less how people define it. I think what matters is how you treat your subjects. They’re your collaborators. I think that the rest of it is righteous. I just have no idea how this discussion begins to be interesting. But if it is, I’m happy to have it. I just have nothing interesting to say about it. To me the only thing that’s interesting is to connect with the people I’m filming and do something creative together.

I see it as a documentary because it tells their story.

This Article is related to: Features and tagged Futures, Interviews